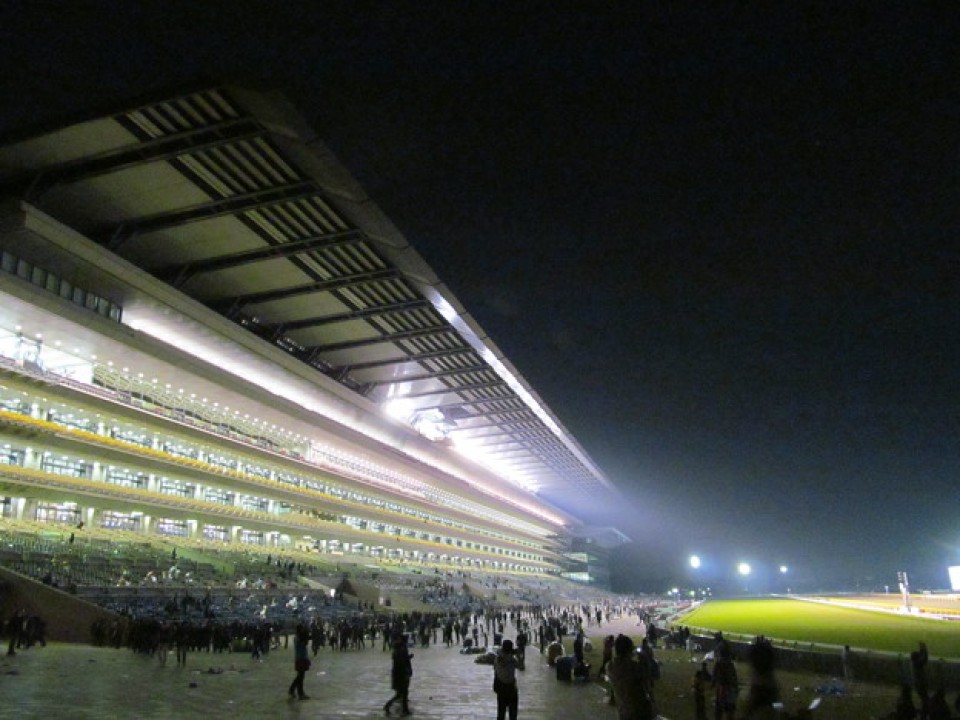 Night races tend to bring out the largest crowds

The horse racing track in Tokyo is located west, in a slightly more suburban area called Fuchu city. It takes about 30 minutes from Shinjuku in downtown, and can be accessed on the Keio line.

The cool thing about this stadium I have noticed is that it has its own small train line running from Fuchu. Since the stadium is close to the large river, the Tamagawa-river that runs along the southern border of Tokyo, the stadium is a bit far from the central station of Fuchu city. There is a train that runs about twice an hour from Fuchu station, so you have to time your trip to the stadium accordingly.

Here is a link with more general information on horse racing in Japan:
http://japanracing.jp/en/index.html