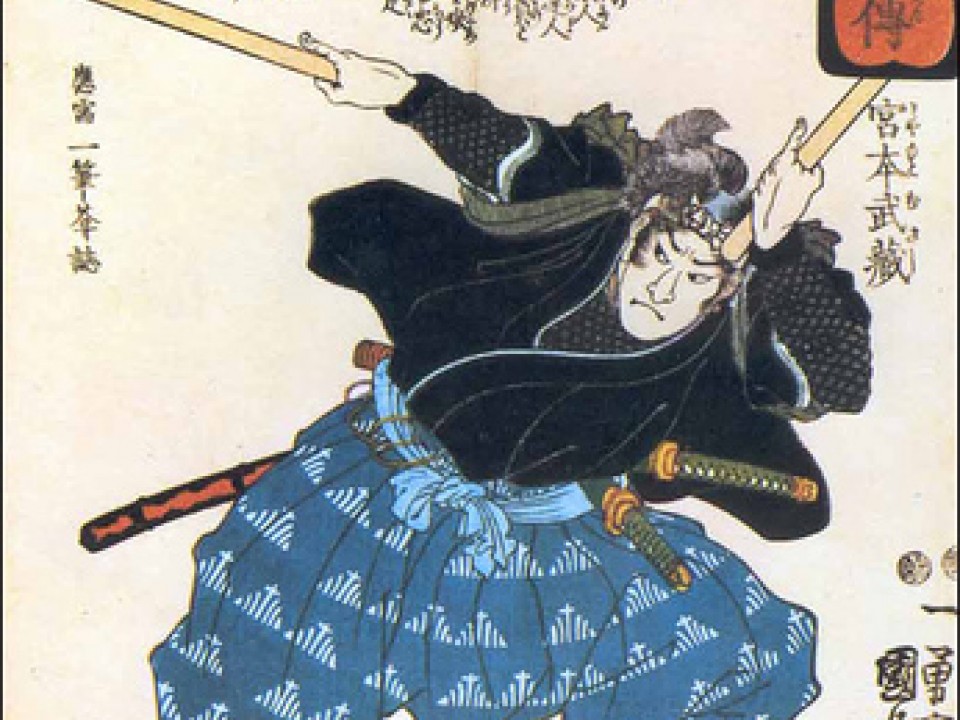 If you are generally interested in Japanese samurai warriors, it is imperative to know about the most famous one: Musashi Miyamoto. Miyamoto was actually a masterless samurai, but in both legend and reality, is credited with the most victories in duels against other samurai.

He wrote a book, which was his treatise of war, entitled "The Book of Five Rings", which outlines his rise to the position of unrivaled combatant, as well as speaks on the mentality of being an unbeatable warrior.

The book is widely available in book stores, and also available online.
Here is the audio book on Youtube!
http://www.youtube.com/watch?v=Yq2xIv4TUqU