Exploring the Geopark at Uradome Coast in Tottori 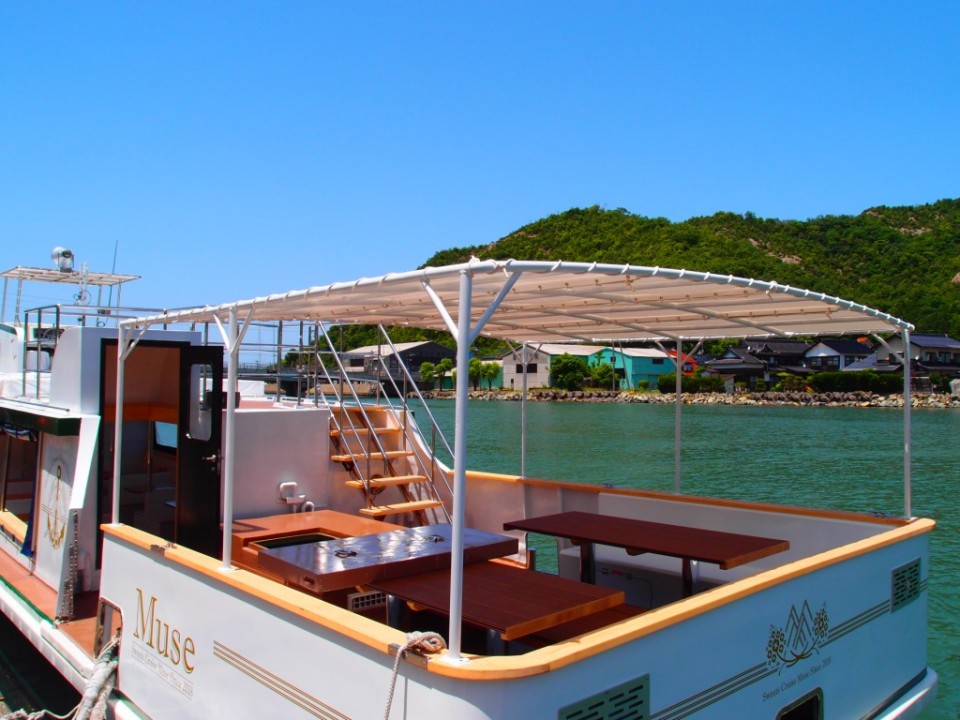 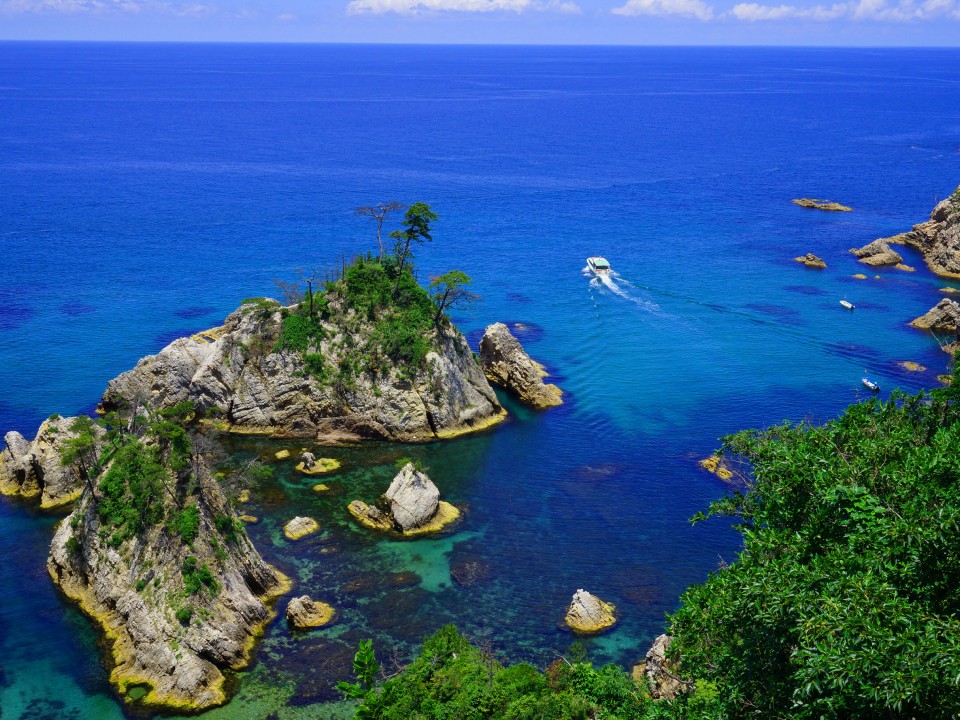 The Uradome Coast in Tottori Prefecture is one of the Geosites that is part of the UNESCO recognized San'in Kaigan Global Geopark, home to a diversity of geological sites related to when Japan was originally part of the Asian continent and the formation of the Sea of Japan. The geopark includes granite outcrops formed when Japan was part of the Asian continent (70 million years ago), as well as sedimentary and volcanic rocks accumulated when Japan rifted away from Asia (25 to 15 million years ago) to form the Sea of Japan, a geological process still on-going today. The vast San'in Kaigan Geopark includes the whole of the Uradome Coast, the famous Tottori Sand Dunes, and many port towns, including parts in Hyogo and Kyoto Prefectures.
The Uradome Coast is, undoubtedly the centerpiece of the San'in Kaigan Geopark for tourism, despite the crowds that flock to the sand dunes. The coast is notable for its distinctive collection of rock islands, eroded by eons of wind and waves, with many gorgeous sea walls, caves, tunnels, and white sandy beaches. Many of the rock islands are covered with dense pine trees, giving the area an appearance that bears similarity with Matsushima in Miyagi Prefecture.

Exploring by Sea
There are two ways of viewing the Uradome Coast that are particularly wonderful. The first is by cruise ship. The second is by paddling yourself.

There are many cruise ships that depart from Iwami Town, providing visitors a close-up view of the rugged and beautiful coastline from the sea. The cruises traverse among the small pine-covered islets of Nishi Oshima, Tarobe-jima and Natane-jima, approach the beautiful marine caves of Iwatsubame and Higurashi, and provide a perfect view of tiny coves that hide secret beaches of white sand. The translucent water makes a mirror to reflect the granite cliffs weathered by waves and the wooded coastline.

Premium Cruise Muse
One of the cruise ships that travel along the Uradome Coast is particularly special. Premium Cruise Ship Muse started the "Sweets Cruise" on June 30th, 2018, and left guests with wonderful memories of their visit to Uradome Coast. Furthermore, this year Sweets Cruise will be remade into Premium Cruise Muse and will include a variety of cruise plans that bring out the charm of the Uradome Coast to its fullest, such as the Sunset Cruise, Starry Sky Cruise, Dessert Cruise, Fish and Chips Cruise and the Anniversary Cruise. How about dedicating a page of your book of unforgettable memories to an unforgettable cruise? 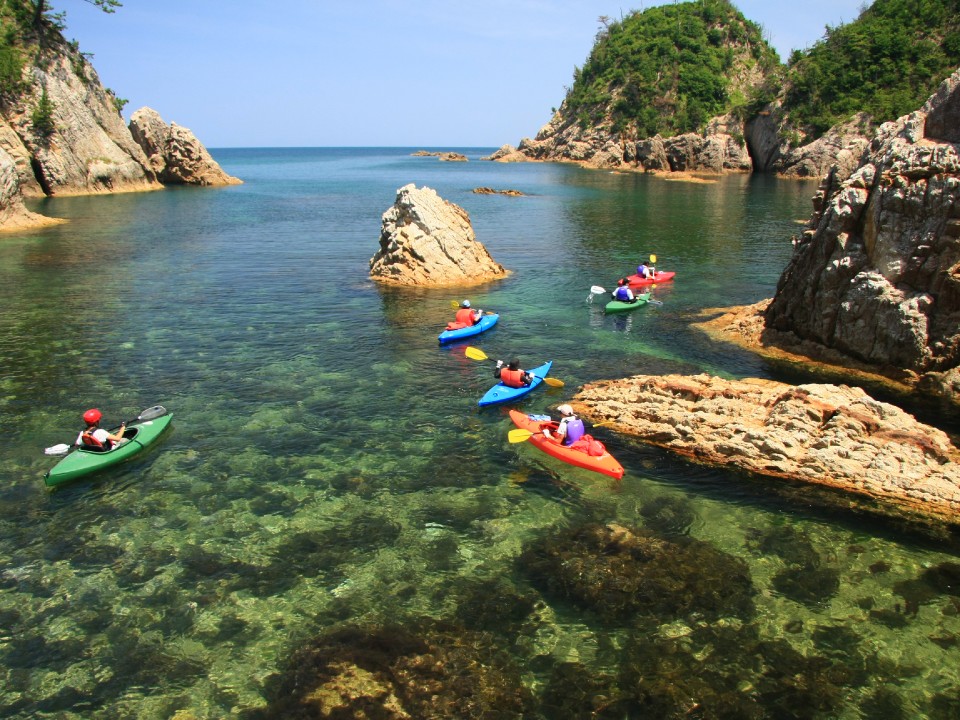 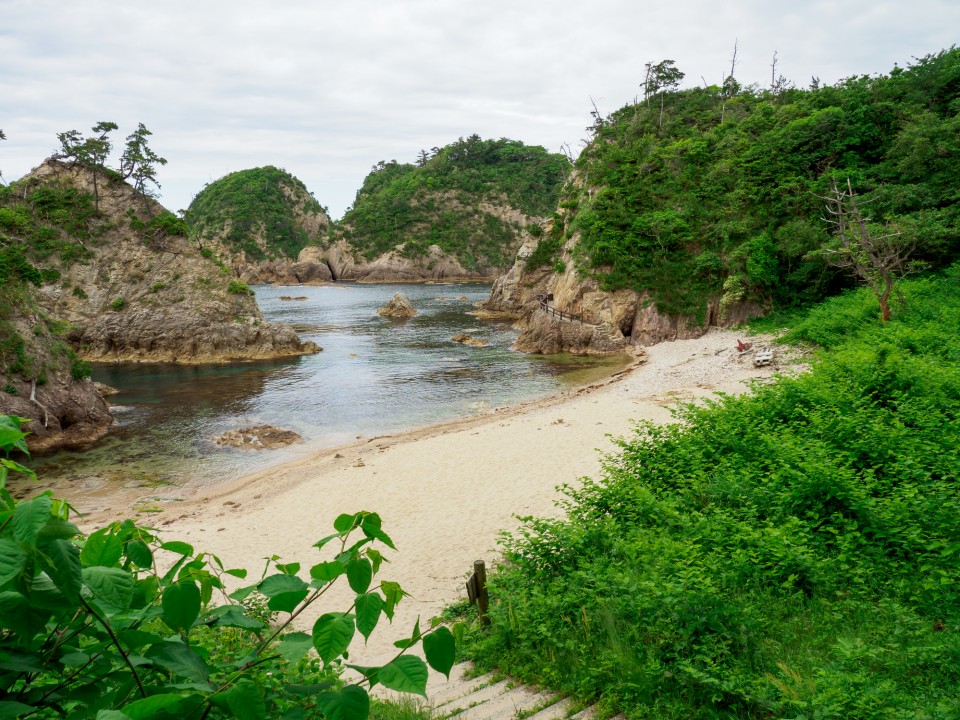 Sea Kayak
Another way of seeing the rugged islands, coves, and tunnels formed along the Uradome coastline, one that provides an intimate experience, is by sea kayak. This is undoubtedly the most exhilarating way to view the area.

One of the features of sea kayaking is that you are in the water – literally. Most of the sea kayak is submerged, so the lower half of your body is under the water level. This perspective makes your experience with the water and the ocean environment completely immersive.

Some of the sea kayaks that you can rent in the Uradome area are transparent. Like glass-bottomed boats, these kayaks will allow you to see the seaweed, squid, fish, and other sea creatures through the boat itself. But this feature is not essential. The water of this part of the Sea of Japan is clear and translucent. And you will be busy enough, rowing amidst the rock islands, going into caves, and traversing in and around the pines and white sand beaches.

Sea kayaking is much easier than you might think. The low center of gravity means that you don’t need much power to move through the water. Elementary school children and beginners can easily row a sea kayak. While most sea kayaks are for single riders, there are kayaks that are designed for pairs. Either way, when you adventure the ocean with a sea kayak, you are certain to experience the ocean in a very memorable way. 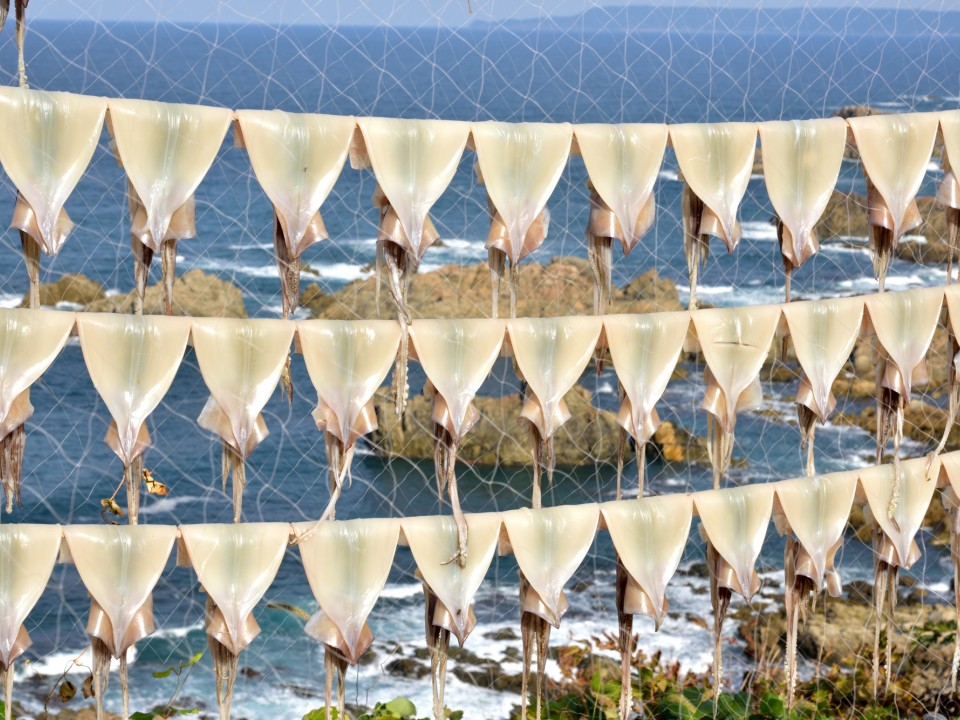 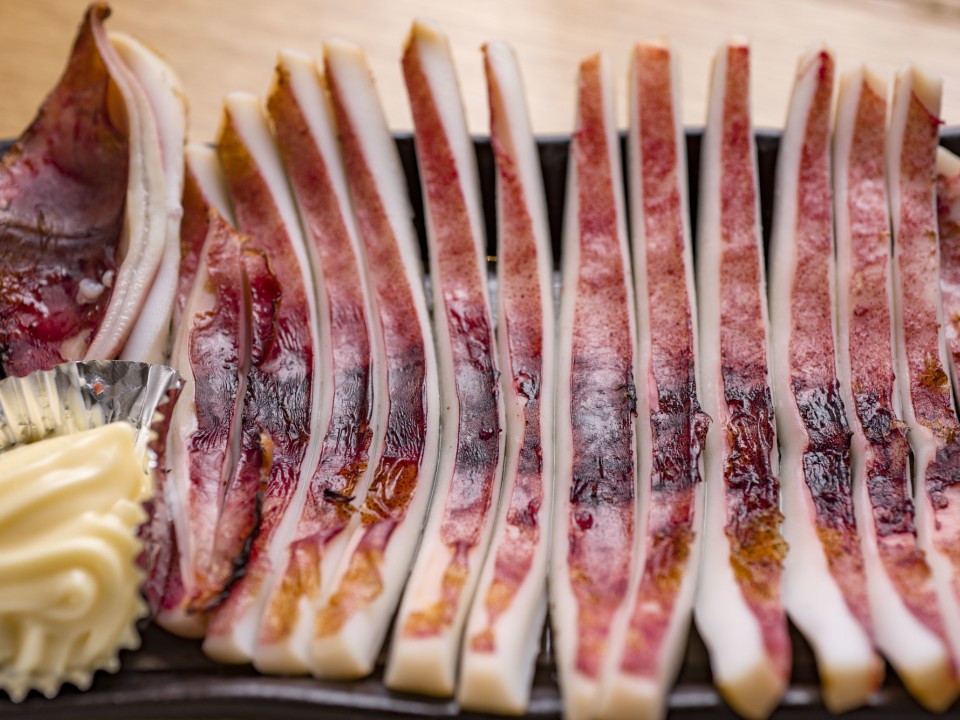 Sun Dried Squid and Iwami Harbor
Back on land, after a few hours of sea kayaking, you’re bound to have worked up an appetite. The dried seafood, especially the squid, is a delicacy that you’ll be able to savor for a while.

Sun drying is a way of preserving foods the world over. Meats, fruits, and vegetables are commonly dried to make preserves that provide nourishment through harsh winters or arid summers. In Japan, the sun-dried and preserved seafood is a staple that is the livelihood for many harbor towns. In Iwami Town, the departure harbor for many of the Uradome cruise ships, the primary harvest is the squid.

If you look, you will find many places drying squid in the sun. What appears to be laundry lines with hanging clothes are often lines of various kinds of squid being dried for harvest. The bounty is divine. It is a common snack food, both for children and for adults, a fine accompaniment to a glass of nihonshu.

Of course, there is more than just squid being dried. Seaweed and other fish, too, can be found in Iwami and other ports in the vast geopark area.

Go Beyond
The Uradome Coastline and the San’in Kaigan Geopark are filled beyond imagination. The natural wonders created as the Japanese archipelago separates slowly from the Asian continent are rugged and diverse. The area has hot springs and volcanic activity that is a geological testimony to its ongoing history. But it is the way in which the area’s 400,000 inhabitants have adapted to the ruggedness, finding sustenance and developing culture, admiring the amazing natural formations and finding spiritual peace in its harsh realities that make this area astounding. 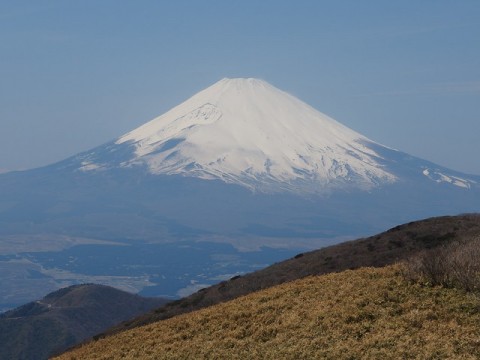 Hiking with views of Mt. Fuji in Hakone“Hakone is an area protected as a quasi-national park and has many trails of differing challenge. The number and variety of trails located throughout the ar… 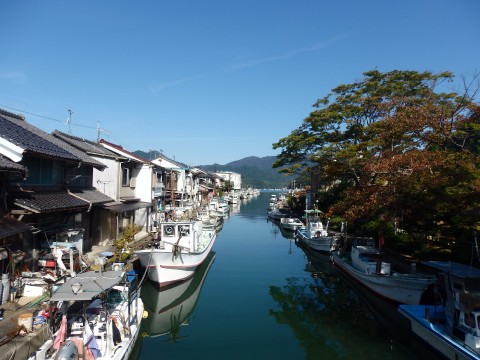 Maizuru, Kyoto Prefecture"Maizuru developed as seaside town with its own industry and culture reaching even more importance when a 5,300-year-old dugout canoe from Jomon period, which is consider…