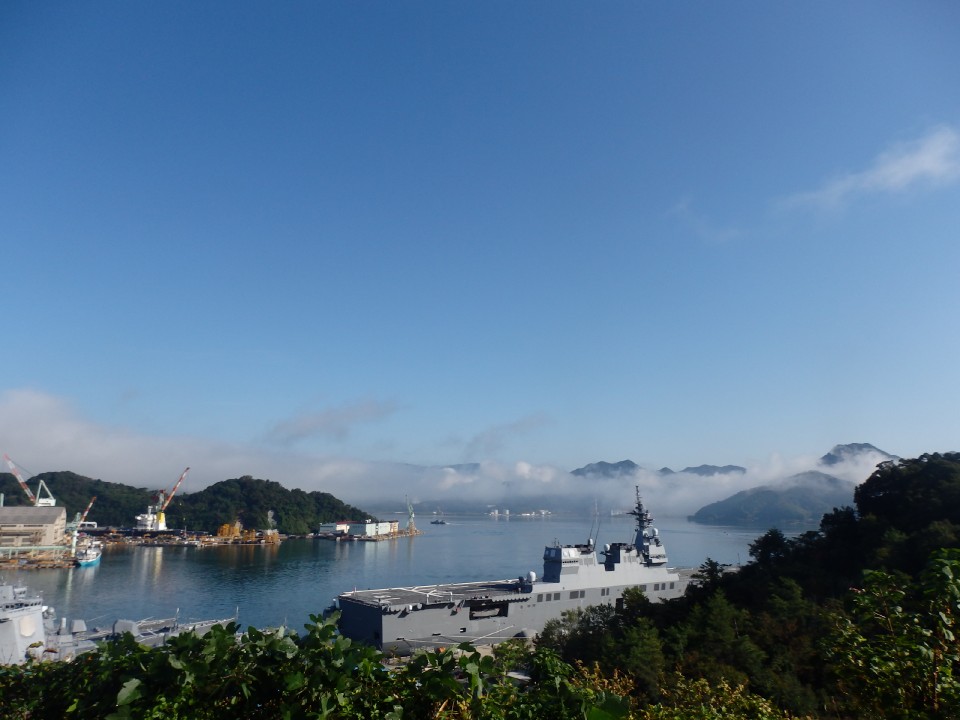 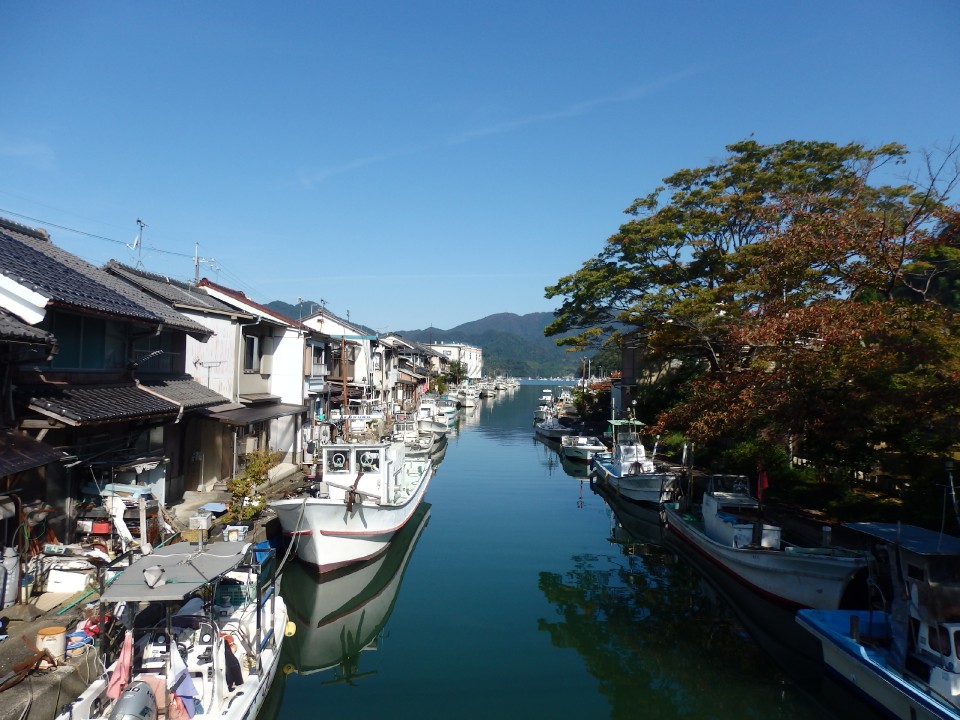 Along with Kure, Sasebo and Yokosuka, Maizuru is one of the four most important port towns in Japan, located in the northern part of Kyoto prefecture, which is about an hour and a half train ride from JR Kyoto station. Its name consists of two kanji 舞鶴, which literally translated mean “Dancing Crane” according to an old legend about a crane that was spotted frequently around the city.

Maizuru developed as seaside town with its own industry and culture reaching even more importance when a 5,300-year-old dugout canoe from Jomon period, which is considered one of the oldest in the world, was discovered and excavated. It is now displayed in the museum at Akarenga Park. Besides aforementioned historical significance, it is also the perfect place for people longing for scenic natural beauty with its surrounding mountains and the open sea. There are fishing villages along the seaside where the fishing industry and processing facilities are located and operating since olden times. On the mountain side there is farmland, rich vegetation with ancient ruins and tombs scattered all around. 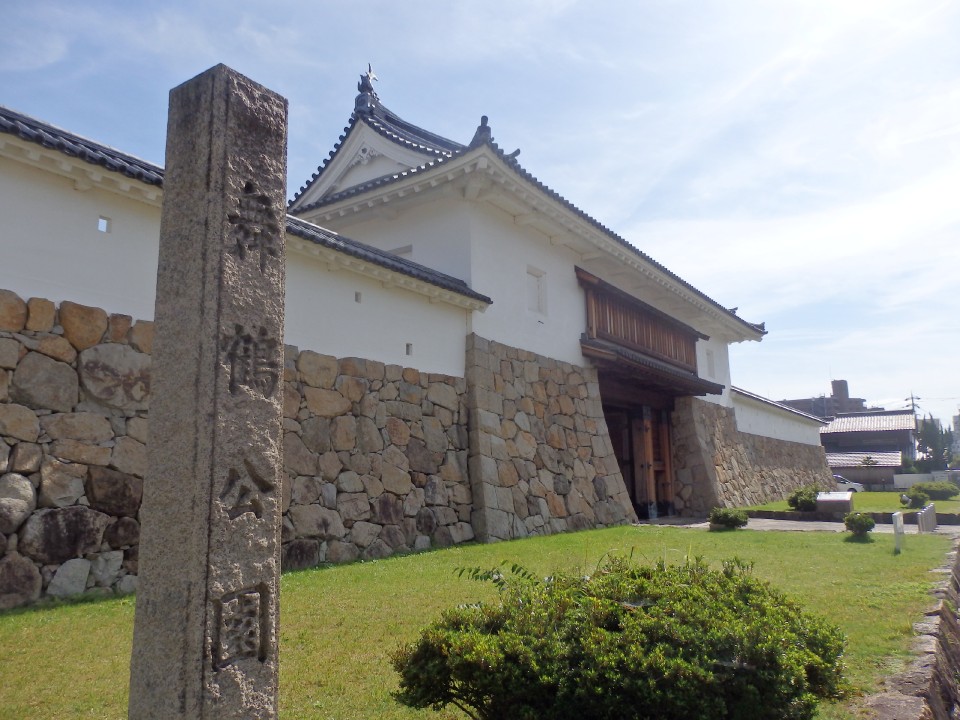 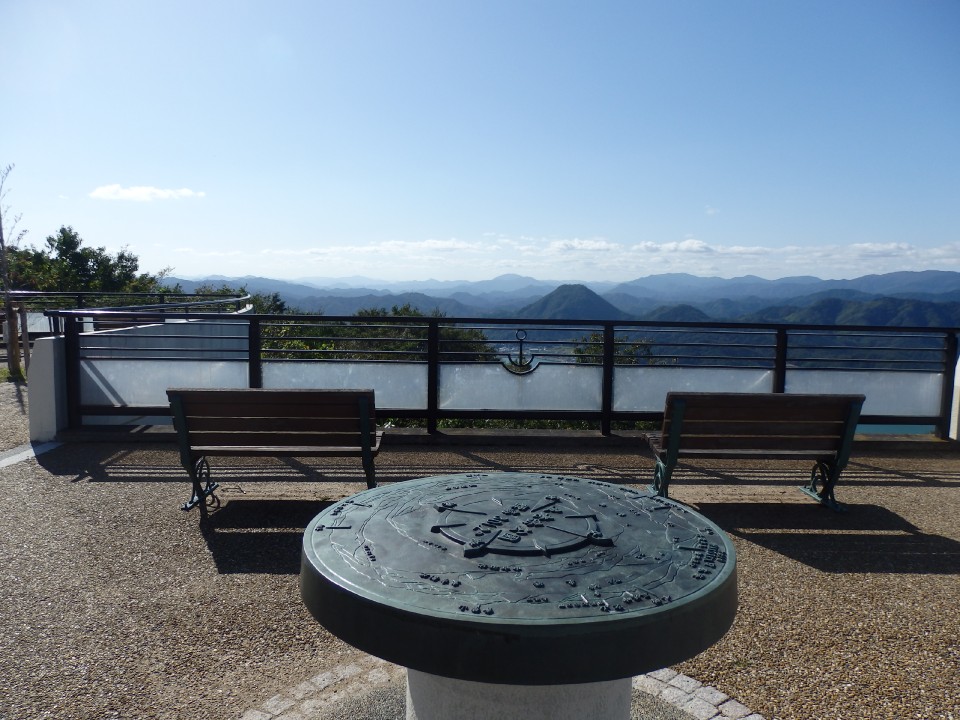 Also the siege of Tanabe castle in the preliminary encounter of the Battle of Sekigahara in 1600, which ended eventually by intercession of the emperor, is part of its history. After a fire destroyed most of Tanabe castle, the ruins were eventually transformed into a park and only the gate was restored in 1982 to include a museum which showcases the history of Tanabe castle.

Blessed by its beautiful ria (or drowned river valley) and its outstanding geographical features, Maizuru’s variety of expressions of both east and west are its main characteristic feature.
On one hand the flourishing port city in the western part, where mostly small cargo vessels can be seen and, centering around Tanabe castle, the many Buddhist temples and shrines combined (most notably Enryu-ji, Keirin-ji and Asashiro Shrine) create a calm and peaceful atmosphere of the lower castle town. Also the “Maizuru Tore Tore Center” fish market is located in this area where fresh seafood caught in the port of Maizuru, such as Maizuru crabs, iwagaki (oyster) and torigai (clam) can be bought. A recommended spot would be the “Kamaboko Workshop” where you can experience making this steamed fish paste, a specialty of Maizuru, yourself. Besides kamaboko, there are also tempura and broiled fish paste named chikuwa processed in the facility. Reservation is required four days in advance with a minimum of 2 people.

Located in the center between east and west Maizuru lies the mountain of Gorogadake with an altitude of 301 meters. On the top of the mountain there is the 50 meter-high “Goro Sky Tower” where you can enjoy a great 360 degree panoramic view of Maizuru bay and the city. This magnificent view was selected No. 1 of the “Hundred Great Sights of Kinki (Kansai area) around Maizuru and that’s why it’s a definitely must-see. 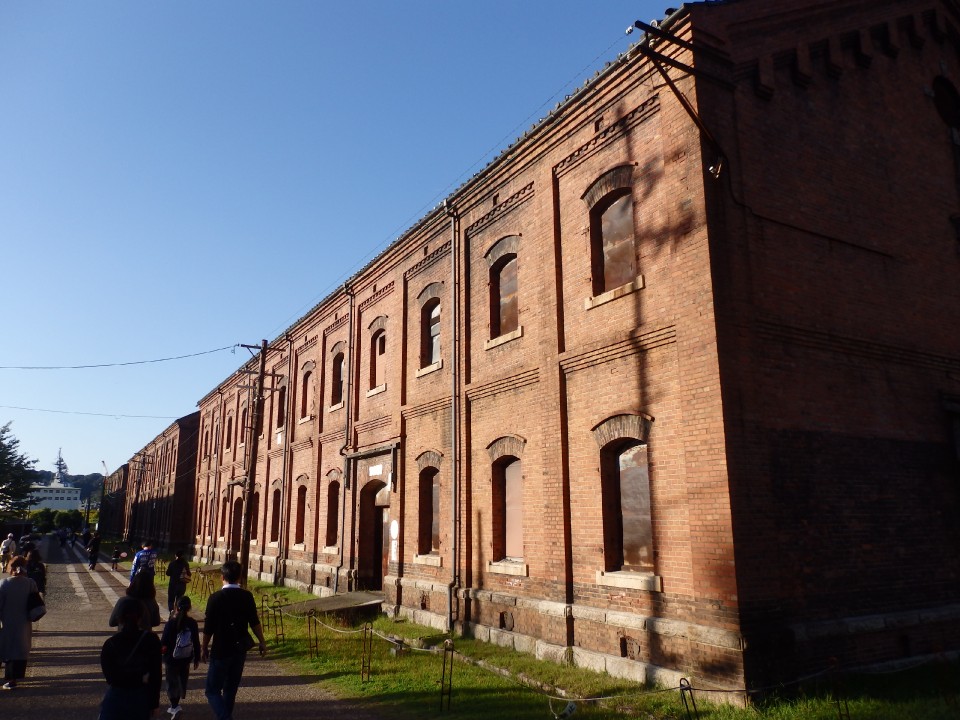 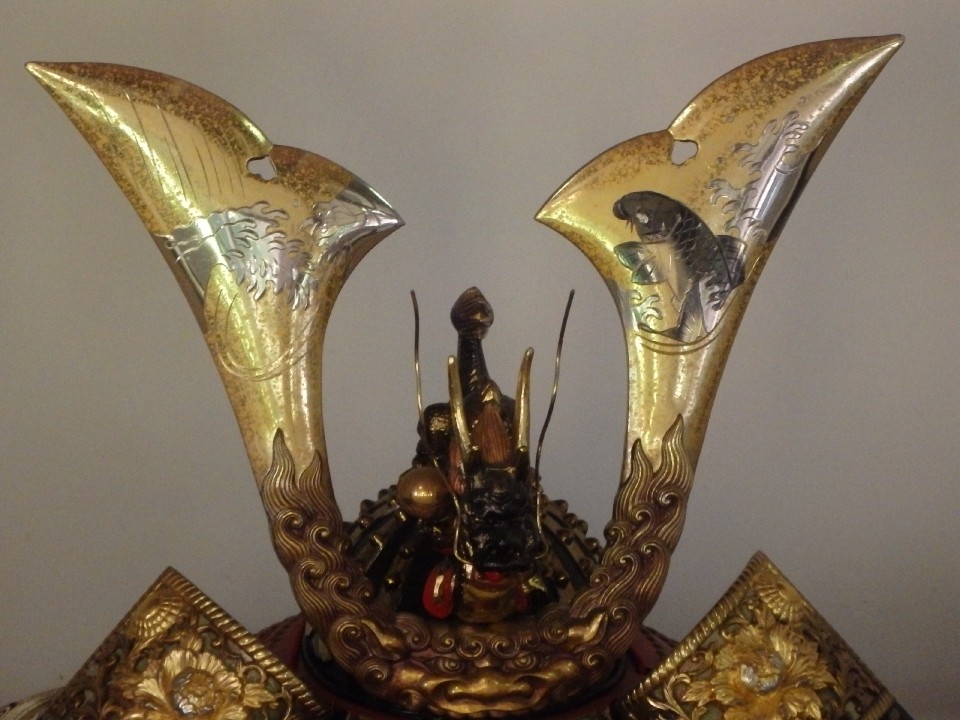 On the other hand, the east has developed into a naval town. In order to separate the traditional fishing village from the navy facilities, the former navy systematically planned and built red-brick （赤れんが） structures and buildings, making it the cornerstone of modern Japan during Meiji period. Serving as the core of the former navy, there are many related facilities such as the torpedo warehouse, storehouse with the Red Brick Park, tunnels, pier and battery.
Even now, after more than 100 years have passed, the scenery and landscape created by using red-brick can be found everywhere in Maizuru, still displaying and capturing the appearance and beauty of those days. While walking through the 2012 newly opened Maizuru Red Brick Park it feels like a time slip that lets you relive the nostalgia of Meiji era. This is also one of the reasons why its frequently used by filmmakers to capture this atmosphere for tv movies and dramas.

In 1901 the Japanese navy established one of four major naval headquarters in Maizuru and thus built various brick structures from which 12 buildings still remain today leaving an exotic impression. Among these buildings eight were designated as national important cultural properties in 2008. Warehouse No. 1, now home of the World Brick Museum, was originally built as torpedo storage of the former Maizuru Naval Arsenal back in 1903 and is one of the oldest existing steel-flamed brick buildings in Japan. In this museum original bricks taken from places all over the world are displayed with very detailed information, also available in English. Although Maizuru was a military port city during World War 2, it was never harmed by air-raids thus preserving its charming and precious 120 red-brick structures all over the city.

A few minutes away from Akarenga Park and the World Brick Museum lies the pier of the Japan Maritime Self-Defense Force (JMSDF). Aboard a pleasure boat and exclusively available on Saturday, Sunday and holidays you have the chance to admire the powerful JMSDF vessels and warships that are anchored here. Also the docks and the famous 735 meters long Crane Bridge (which is illuminated at night) can be seen within close range during this spectacular port sightseeing cruise along the former navy’s harbor route.
A few kilometers further to the east there is the mansion of the first Admiral of the naval base in Maizuru, Heihachiro Togo. His official residence is a combination of Japanese and Western style architecture and is open to the public on the first Sunday of the month with free admission
There is also navy curry that was derived from an old recipe compiled by the navy itself. You can find it everywhere around the city and you even can buy it as a souvenir in many shops. For navy enthusiasts or people that are interested in the Japanese naval army history, Maizuru will be a great enrichment to your knowledge.

Please enjoy your stay in this beautiful city and place full of wonder!

Writer/Pen-name: Schoppi
Hello I'm from Germany. I came to Japan a few years ago and I live in Kyoto. I like hiking and photography.