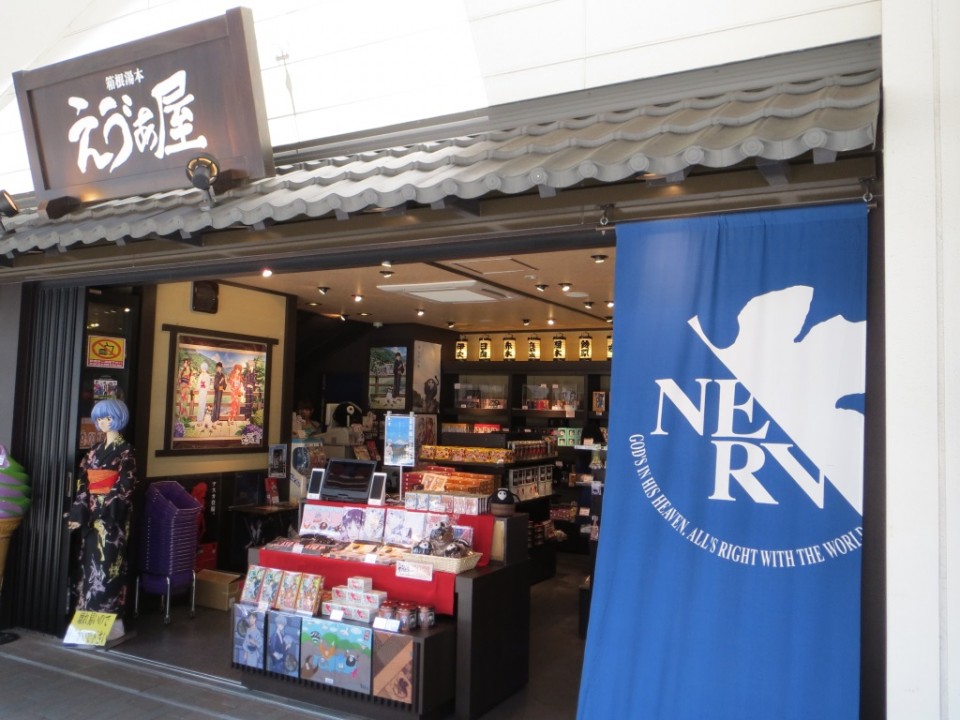 One of the most popular anime ever. In an apocolyptic future, after the destruction of Tokyo by giant monster, the capitol of Japan is moved to Hakone`s Sengokuhara area.

The main characters go to school in the Hakone area as they train to become Mech drivers in an effort to thwart another alien attack. Hakone`s Lake Ashi is the center for the main battle at the end of the anime. 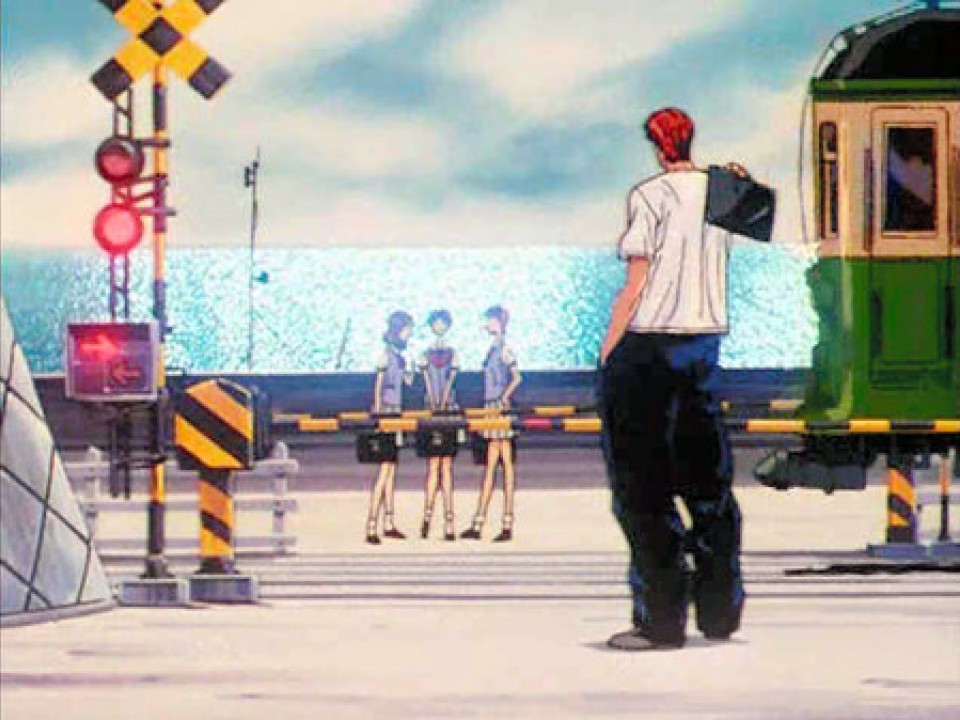 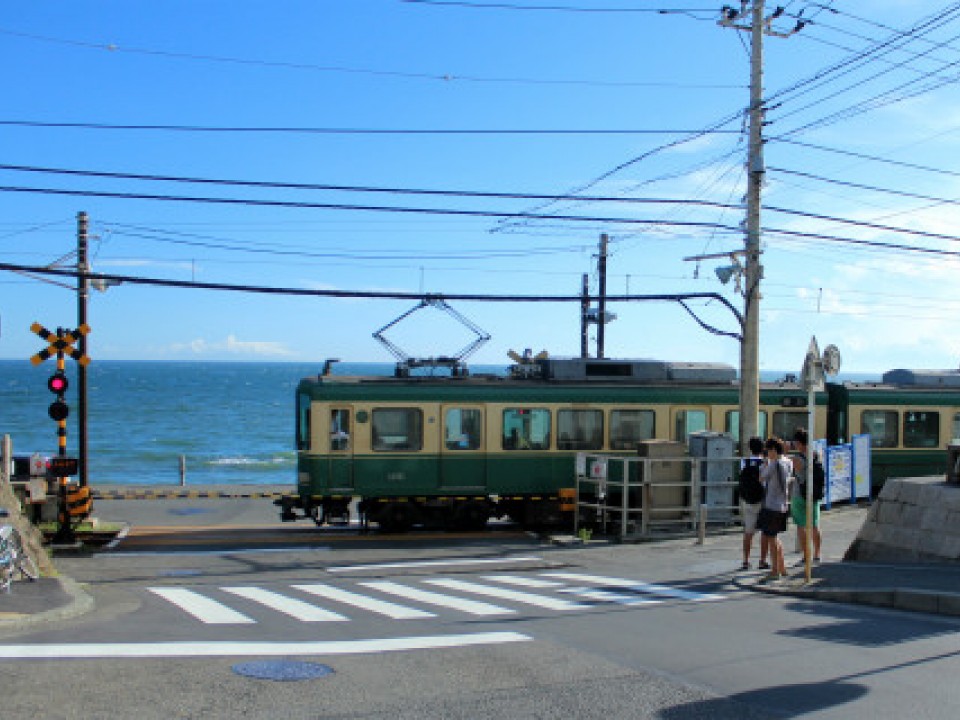 Slam Sunk is a popular basketball anime and manga about a high school basketball team and their members. The setting for this anime is in Japan`s popular Shonan coastline in Kanagawa Prefecture. The Enoden train features prominently in this manga and there are many scenes that realistically recreate the real settings.

Slam Dunk is one of the best selling manga in Japanese history and has been translated to a number of languages giving it global attention.

The story follows the growth and maturation of Hanamichi Sakuragi as he joins the basketball team and grows through challenges and friendships. 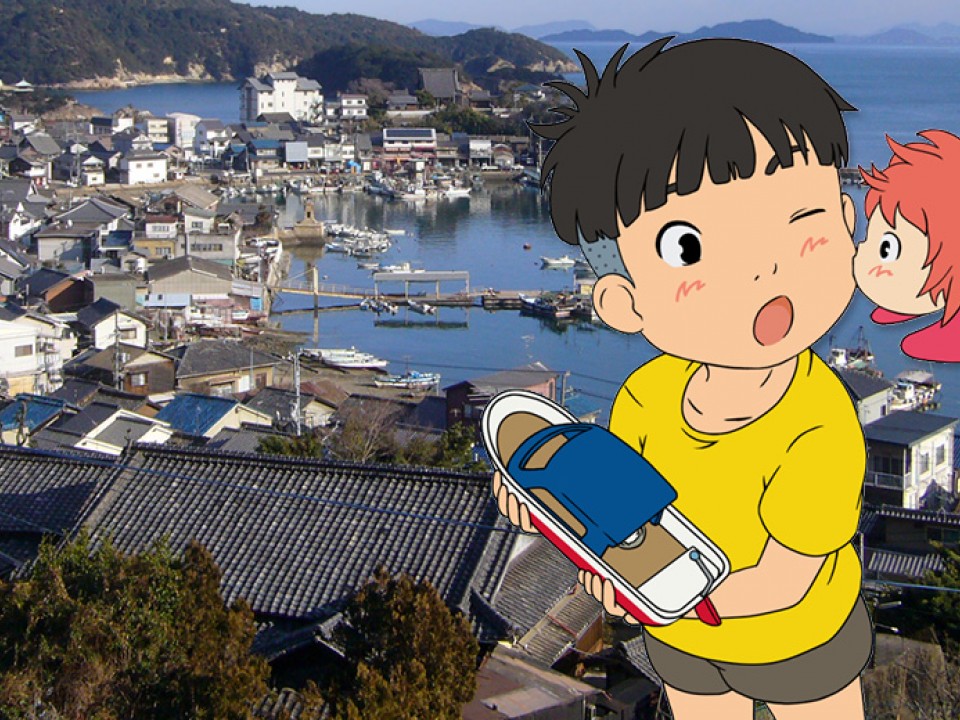 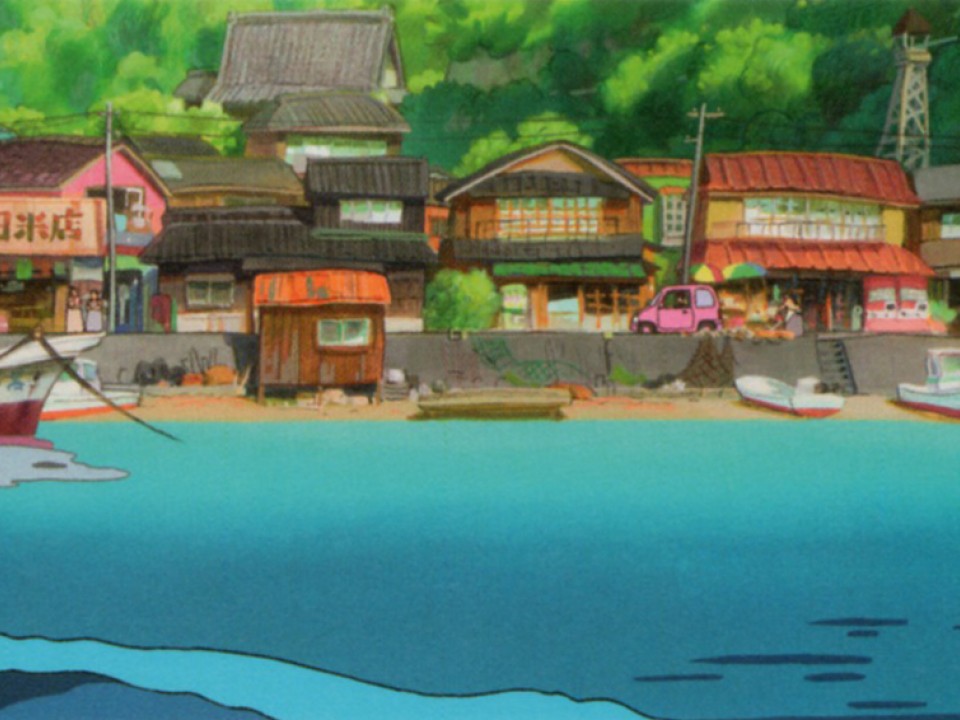 Tomonoura is located in Hiroshima Prefecture on the Seto Inland Sea. This popular anime film closely follows the storyline of "The Little Mermaid." The Ponyo film was made by the same team at Ghibli Stuios that created wonderful anime films like "My Neighbor Tottoro" and "Princess Monoke."

Ponyo is the story of a young boy in the seaside town that befriends a mystical sea creature. The relationship between human and nature and sea and land is explored in this movie. Tomonoura is a picturesque Japanese fishing town with similar relationship with the sea. The director, Hayao Miyazaki, is said to have spent a few months in this small town wondering the streets and trying to capture the atmosphere for his film. 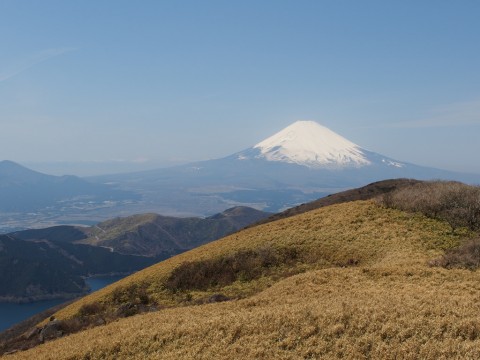 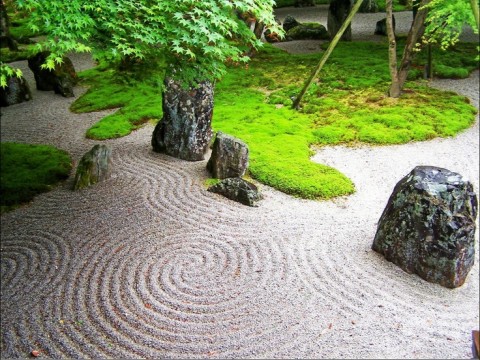 People feel different things when they hear the word “Zen.” It can conjure images of rock gardens, meditating monks, or spiritual Nirvana. Zen（禅） has influenced and can be found in many of the thing… Odawara Castle is probably the best example of a castle to visit in the immediate Tokyo area. The museum in the main keep has a nice collection of artifacts, armor, and weapons. They have also done a…