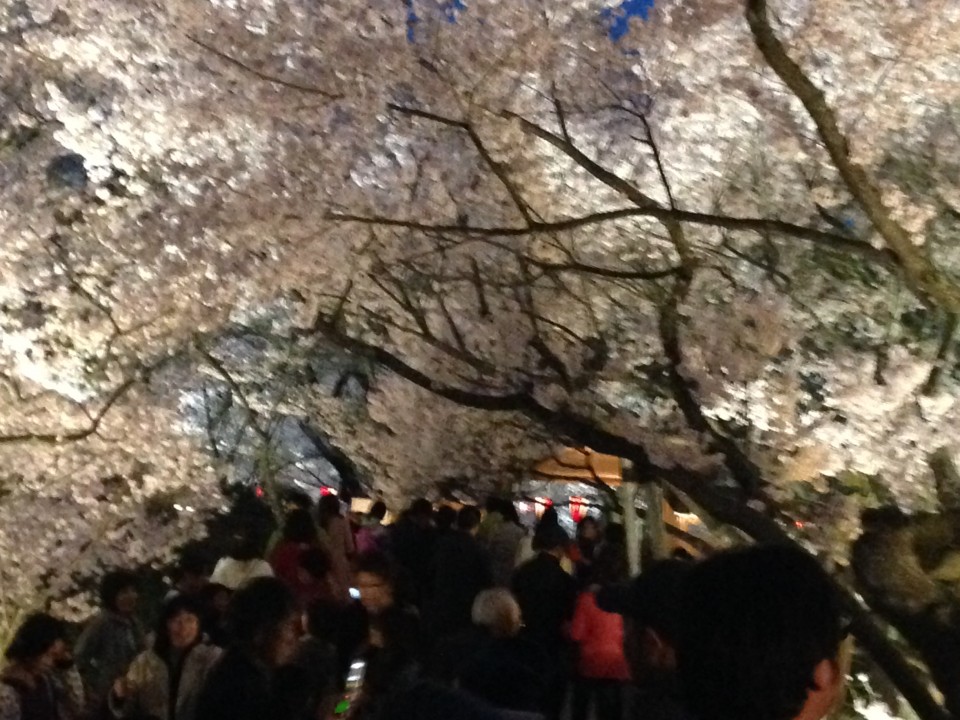 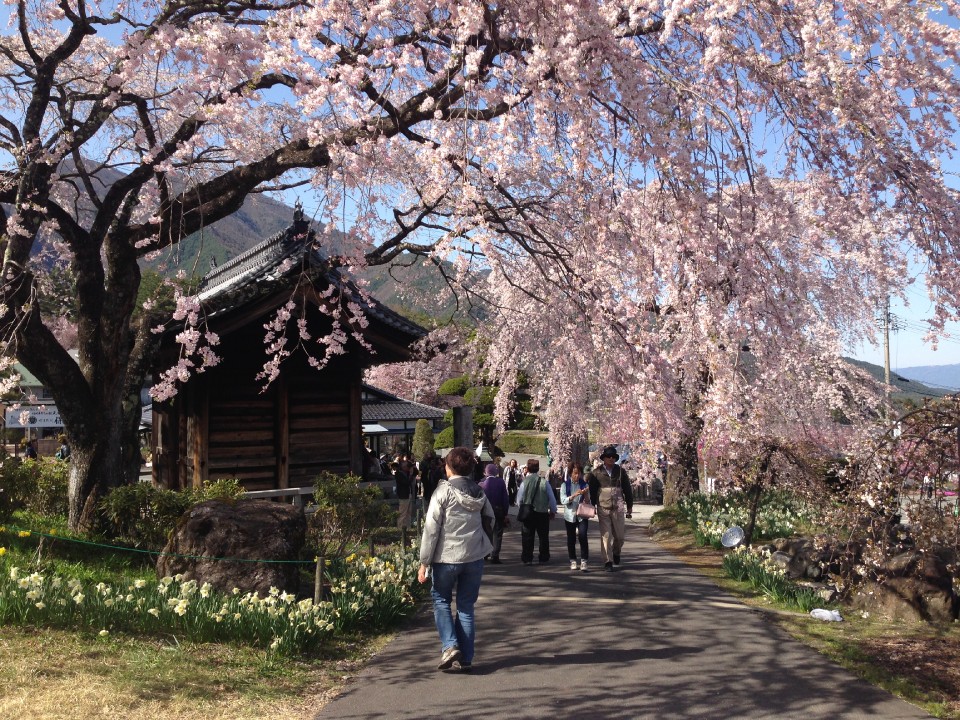 One of the top things that visitors from overseas want to see when they come to Japan is, of course, the sakura (cherry) blossoms. Timing as they say, is everything and this very much applies to sakura (cherry) blossoms. Sakura blossoms are ephemeral things: the blossoms only last a week and when they bloom varies from year to year and place to place. Starting from Okinawa in the south to far north of Hokkaido, the season stretches from February to May.
However, for most short-term travellers to Japan a side trip of 2-3 days from the major tourist hot spots just to see the sakura blossoms is just not feasible. But that doesn’t mean it isn’t possible to find sakura in full bloom within a day trip by train or bus from Tokyo, Nagoya or Kyoto up to a month after they’ve bloomed in those places. The place to head for is the ‘Roof of Japan’！ It’s the area in central Nagano Prefecture centred around Lake Suwa and the Yatsugatake Mountain range. Its known as the Roof of Japan because it’s the highest inhabited place in Japan, an area at 700 to 1,600 meters above sea level surrounded by mountains rising to over 3,000 meters. Accordingly, its much colder than the coastal areas which means that Spring comes much later. Because of the variation in altitude it is possible to view cherry blossoms from early April to early May within a relatively close distance.
Three of my favourite places for doing hanami in the Roof of Japan are Takato castle, Kozenji Temple and Shokoji Temple. All have an abundance of impressive sakura trees which flower at different times from early April to early May and are easily accessible from Kanto, Chubu or Kansai. Takato unfortunately is already finished blooming this year, Kozenji reached its peak last weekend and Shokoji will be in full bloom the week. Like the rest of Japan, that’s 1 to 2 weeks earlier than usual.
Takato Ruins Castle Park – Ina City
In 1875 the stone ruins of Takato Castle, high on a high hill, were planted with 1,500 of the deep pink Kohigan variety of cherry trees. The trees are large now and when in full bloom the whole of the hill is covered in a pink hue. The trees are lit up at night every night until 10pm. Entry is Yen 500. Take the JR Chuo Line to Chino Station - 2 hours and Yen 6,000 from Shinjuku. During the blossom season buses leave from the station directly to Takato and take 50 minutes and cost Yen 1,400.
Kozenji Temple – Komagane City
The Kozenji Temple, run by the Tendai Sect, is famous for its 70 Shiidare sakura, or weeping cherries and for its luminescent moss garden. The snow-capped Central Alps form a spectacular backdrop to the pink cherry trees. Go to Komagane Station on JR Iida Line – about 3 hours from Tokyo or Nagoya.
Shokoji Temple - Chino City
The Shokoji Temple, built by Toyota Corporation in the 1970s to pray for safety on the roads, has a large park just near Lake Tateshina with hundreds of the famous Somei Yoshino cherry blossoms. A great place for hanami parties during Golden Week! Take the Venus Line bus from Chino Station – takes about 30minutes and Yen 500.