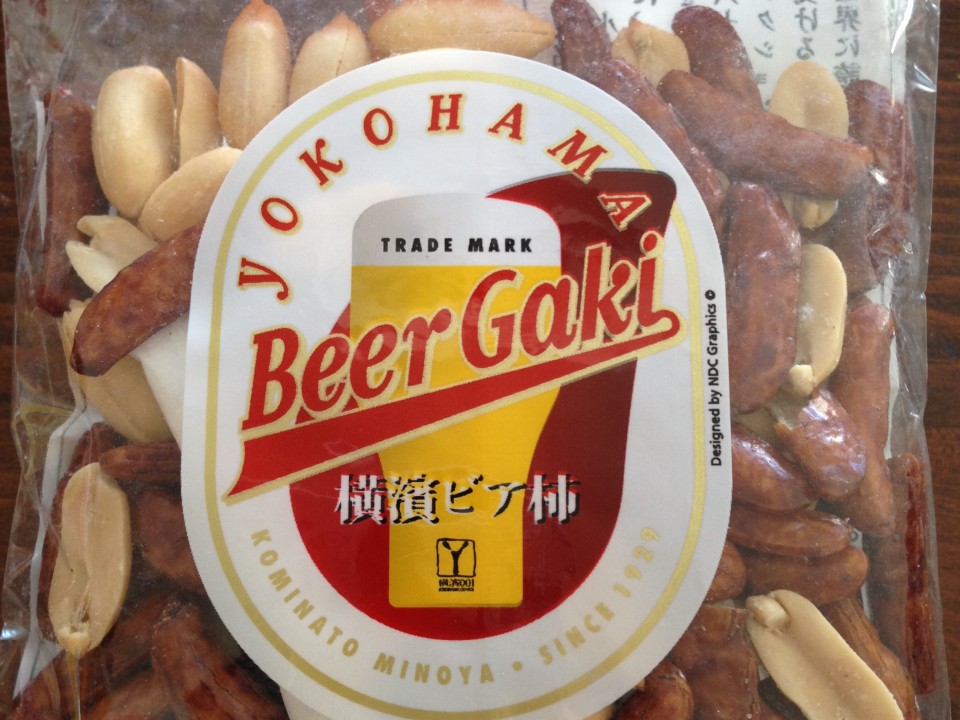 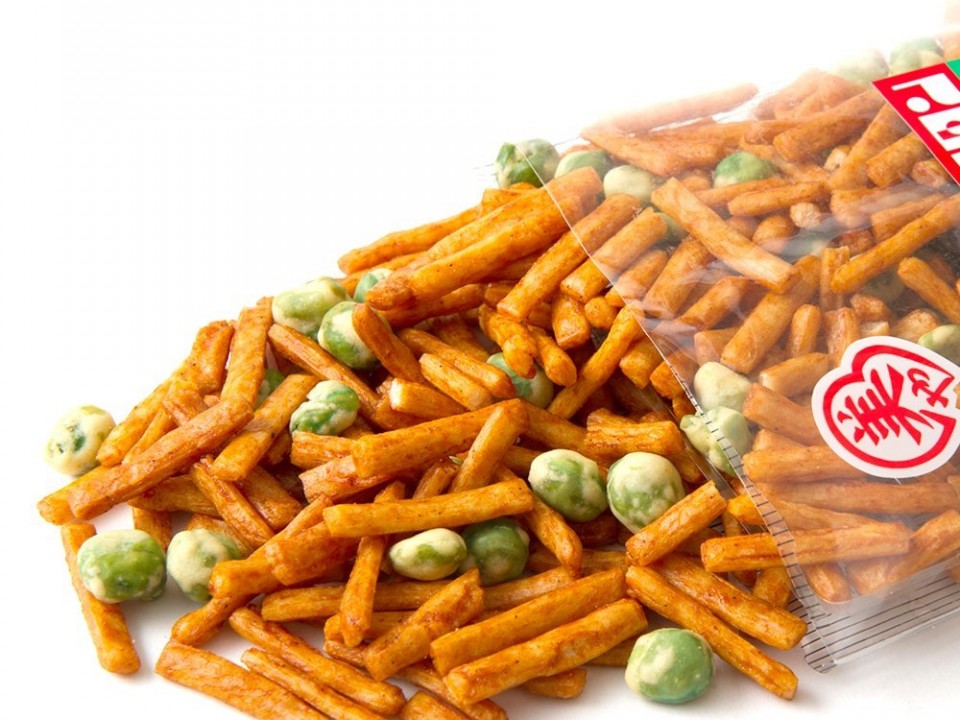 When you think of traditional Japanese snacks, senbei (rice crackers) surely comes to mind. But have you heard of "arare"? Arare are bite-sized Japanese crackers made - like their senbei cousins - from glutinous rice and flavored with soy sauce. The size and shapes are what distinguish arare from senbei.

In Yokohama, the snack is synonymous with one particular maker, Minoya Arare. Minoya Arare started out as a Yokohama family business and still is. Since 1927 they've been producing their own rice cracker mixes based on family recipes. They've grown over the decades, and now boast over forty-three employees and a small factory in Kominato that produces over forty different varieties of snacks. Three of my favourite are: the Oilbeer, which derives from "olive oi" and "beer"; the Shiodare (salty sauce), and the Beer Gaki - yep, you guessed it - they produce these three snacks expressly to munch on with beer.

Fourth-generation Komori (his grandfather still heads the company) told me "We started making the Beer Gaki a few years ago, for 150 yen, and they became very popular. We use beef extract because sausages and meats go so well with beer. We approximated that flavor in the cracker sauce, and then added peanuts."

You don't have to like beer to like their snacks. Kaki no Tane is their most popular mix. The Wasabi Crackers are also a hit. You don't even have to leave your couch and your beer, either; Minoya's snacks are available through the internet (see the link below). Otherwise, look for them in Sogo's liquor store (Yokohama Station), Yokohama Daisekai in Chinatown or even Happy Lawson in Yamashita Park, among other select locations. 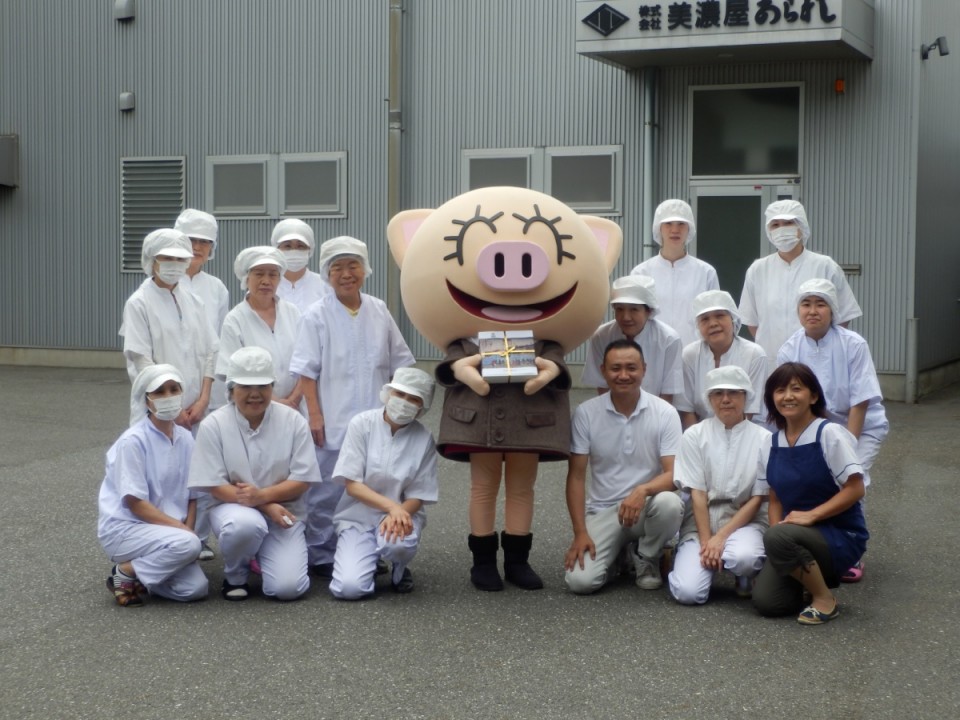 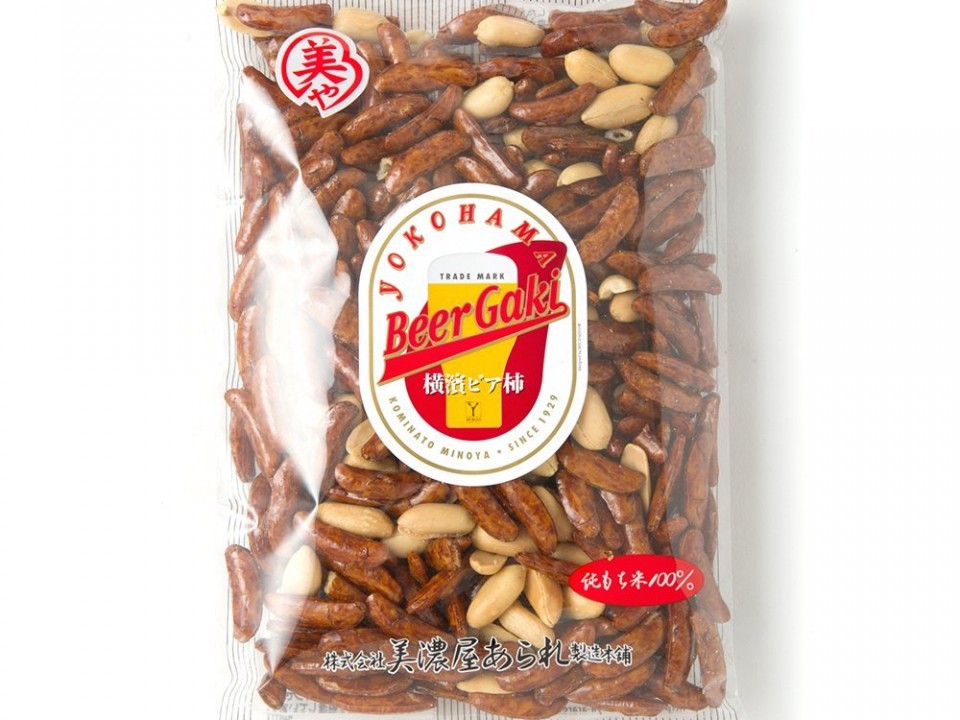 Trivia: Arare is also called kakimochi or mochi crunch in Hawaii where it was introduced in the 1900s.