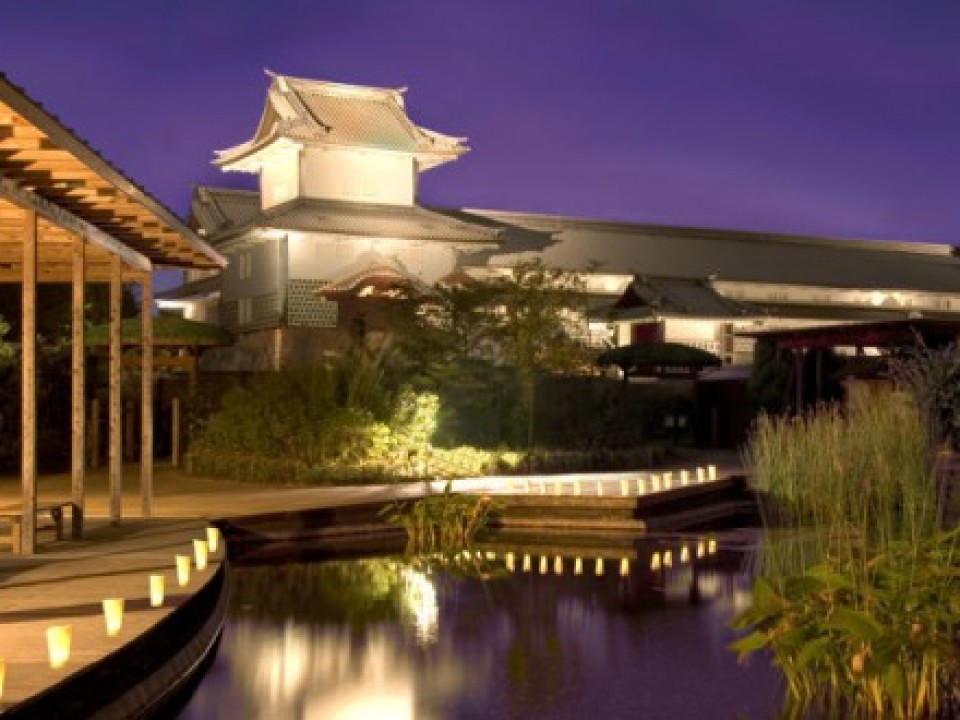 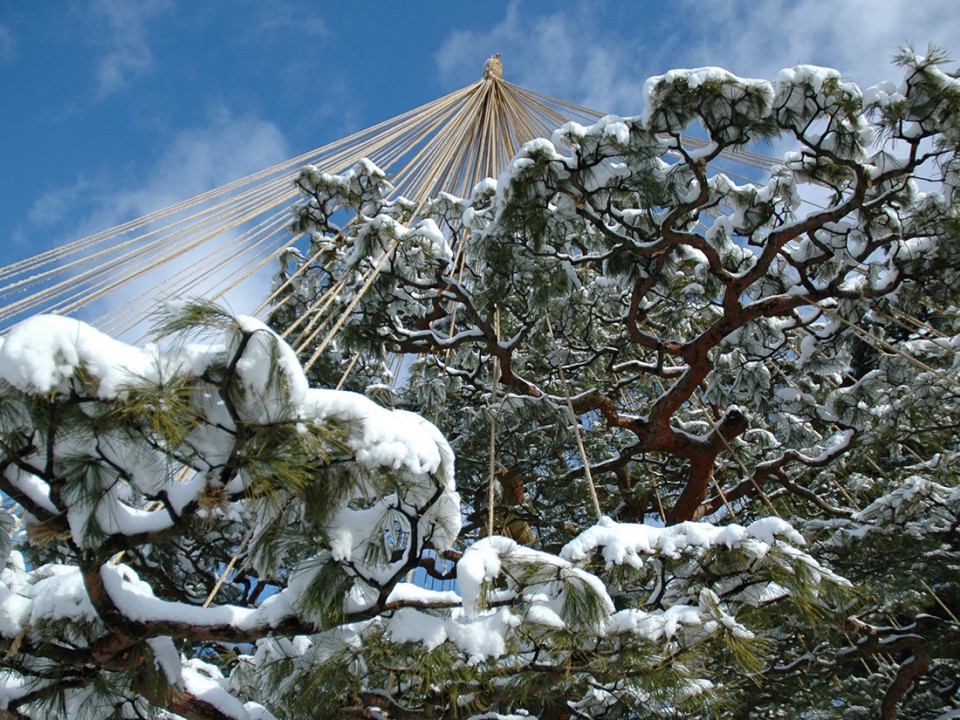 Ishikawa Prefecture is found in the Hokuriku area of the Chubu region, in the middle of Honshu on the coast of the Japan Sea. The prefectural capital city is Kanazawa City. It is long north to south, and is shaped like the letter F. Ishikawa’s southern Kaga region has a long coastline on the Japan Sea to the west, and the Ryohaku mountain range to the east. In the south-east of the Kaga region is the prefecture’s tallest mountain, Mount Haku (2,702m). The prefecture’s northern Noto region is home to the Noto Peninsula, which protrudes to the north-east, and faces the Japan Sea. Because of this, Ishikawa Prefecture’s total coastline length is 580km. Ishikawa is prone to large snowfalls, as is typical of the Japan Sea coastal climate. Kanazawa City is an important city in the Hokuriku area’s economy, and has a population of 465,000 (current in August, 2015), which is second in the Hokuriku area to Niigata City’s 806,000.

What is now Ishikawa Prefecture was known as the Kaga Province and the Noto Province after the 7th century. In the Edo period (1603-1868), the Kaga clan, who controlled the provinces of Kaga, Noto, and Etchu, placed a lot of focus on cultural policy in an effort to show their allegiance to the Edo shogunate※1. Notably, the 5th lord of the Kaga clan, Tsunanori Maeda, pioneered the Urasenke tea ceremony and invited Soshitsu Senso (1622-1697) from Kyoto. Tea ceremony became popular in the towns around the castle, and things like tea ceremony tools, paintings, and works of calligraphy were gathered from all over the country by senior samurai. This had an influence on Kanazawa’s lacquerware and Kaga’s inlay works. Also, the impressive skill of the traditional crafts of this area is still being passed down today. We can still see the effects of Momoyama Bunka※2 in beautifully refined Kaga silks, Kanazawa lacquerware (which popularized Japanese Maki-e), Wajima City’s Wajima lacquerware, and Kutani porcelain. Other popular traditional arts include Kaga Hosho-style Noh and traditional Japanese sweets, which invigorate our daily lives.

※1 The Edo shogunate is a samurai regime began by Ieyasu Tokugawa, lasting from 1603 to 1867.

※2 Momoyama Bunka, also known as Adzuchi-Momoyama Bunka, refers to the culture of the era that Nobunaga Oda and Hideyoshi Toyotomi were in power, and flourished from the end of the 16th century to the beginning of the 17th century. It refers to a grand, elegant and ornate style.

Kenroku-en is a must-see if you visit Kanazawa City. It is a nationally acclaimed scenic area, along with the Kairaku-en in Mito and the Koraku-en in Okayama, and is an old feudal park proclaiming the glory of the million-stoned Kaga clan※. The Maeda line of feudal lords who governed the area spent many years building this park, and they stayed true to Shinsen thought while building the garden in the traditional strolling-style. This refers to a style of garden with large ponds meant to be likened to the ocean, with small hilly islands built in to them which are meant to represent the mountains in which immortal hermits were said to reside. This type of garden shows a wish for longevity and prosperity.

The 11 hectare Kenroku-en takes about an hour and a half to two hours to stroll the whole park, however a shorter one-hour course viewing only major points of interest is also possible. You can also ask for a guide at the Katsura Sakaguchi Kenroku-en Tourism Center. There are many sights to see in the park, but we especially recommend the fountain. Using the inverted siphon principle, the fountain shoots water as high as 3.5m, which shows the impressiveness of Edo period technology. Once you’ve finished your walk, why not visit Shigure-tei for some matcha and traditional sweets? (Matcha set, ¥720)

Kanazawa Castle, the castle of Kaga’s Maeda clan, was mostly destroyed in a fire in 1759. Because practicality was valued in the subsequent rebuild, the castle keep’s tower was not rebuilt. The Hishi Yagura, Gojukken Nagaya, and Hashizume-mon complex that you can see today is a reconstruction built in 2001 after it was destroyed in fires in 1808 and again in 1881. The Hashizume gate and the Gyokusen’inmaru have just reopened in 2015 after having restorations completed.

※Because Edo period economy was based on rice, a land’s productivity was represented by its rice crop yields. The units for crop yields were referred to as “stones”. It is said that the Kaga clan held 1,200,000 stones. One stone by modern rice prices would cost ¥50,000, but adjusted for labor costs the price is closer to ¥270,000. 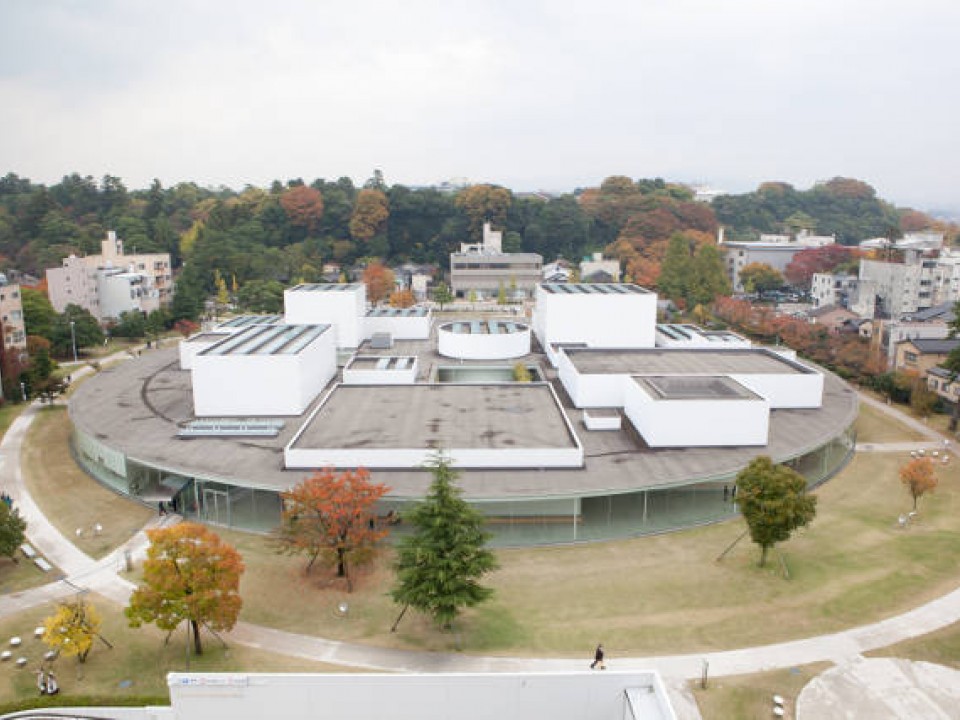 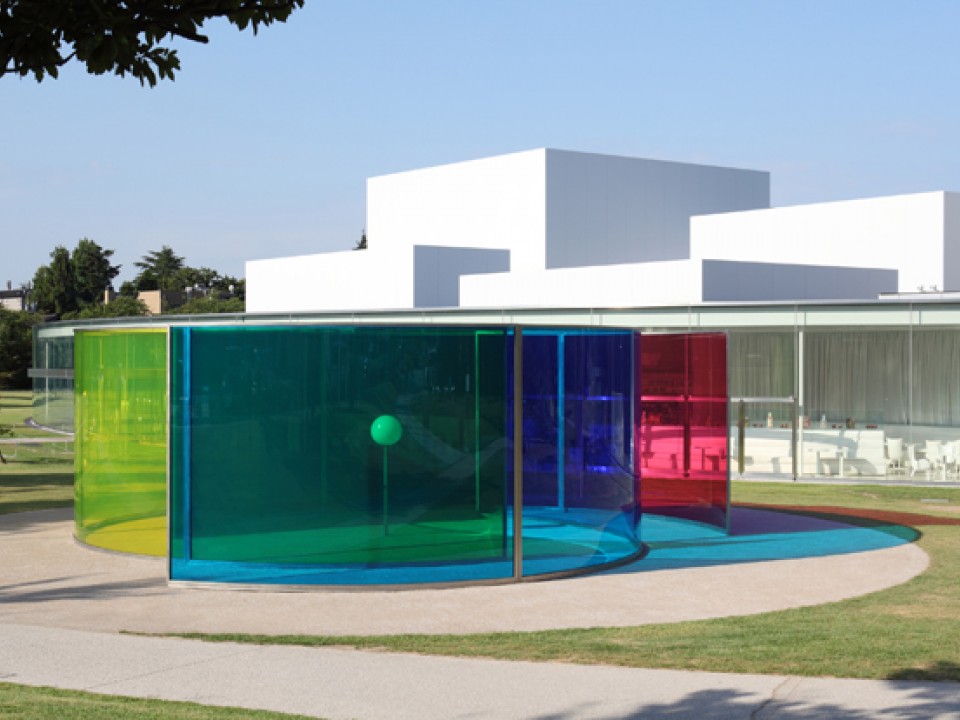 The 21st Century Museum of Contemporary Art, Kanazawa is an art museum opened in 2004 focusing mainly on contemporary art exhibits. To commemorate the 2014 ten year anniversary, they are currently running a 3-year exhibition on the themes of architecture, contemporary art, and crafts. This year, 2015, is the year for contemporary art exhibitions. We’re very interested to see how they will show the contemporary pieces, which are notoriously difficult to understand, and how they will be related to the modern era. Next year’s theme will be crafts. Ishikawa Prefecture is a place where traditional crafts are thriving, so we have high expectations for this exhibit.

The 21st Century Museum of Contemporary Art, Kanazawa’s nickname is “Maru-pii.” It comes from the round (“marui”) shape of the building, and the concept of an art museum that is like a local park. If you visit Kanazawa, be sure to stop by “Maru-pii” and see Leandro Erlich’s “Swimming Pool” and Anish Kapoor’s “L’Origine du Monde.” 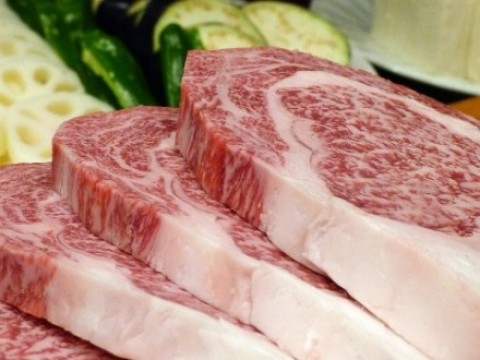