Visit to a Shinto Shrine, steps to follow and their explanations 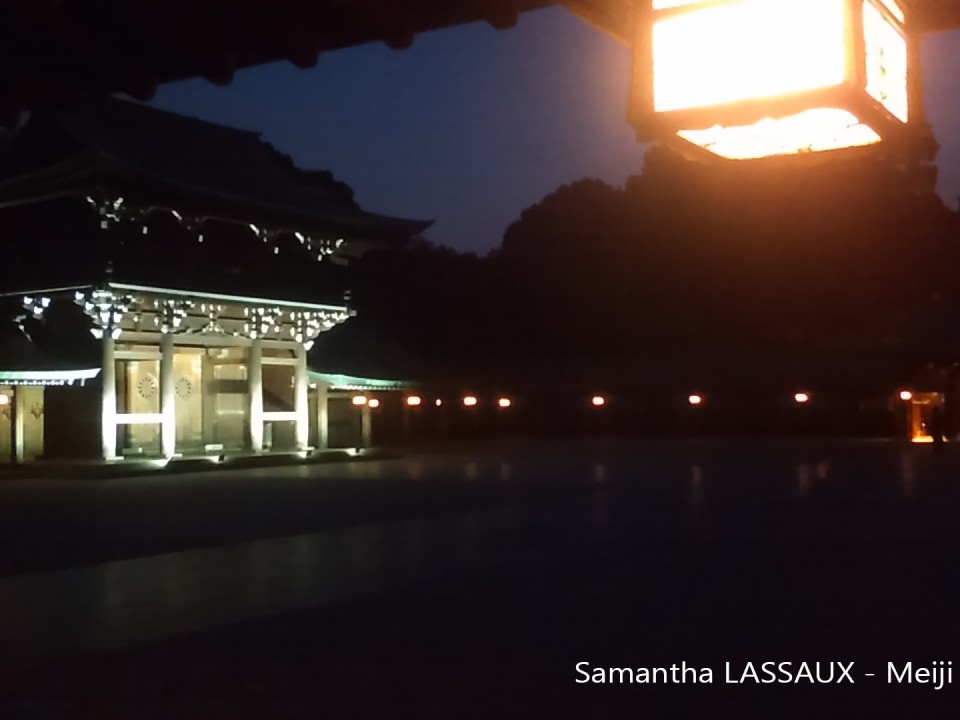 Meiji Shrine by night (not opened to visitors) 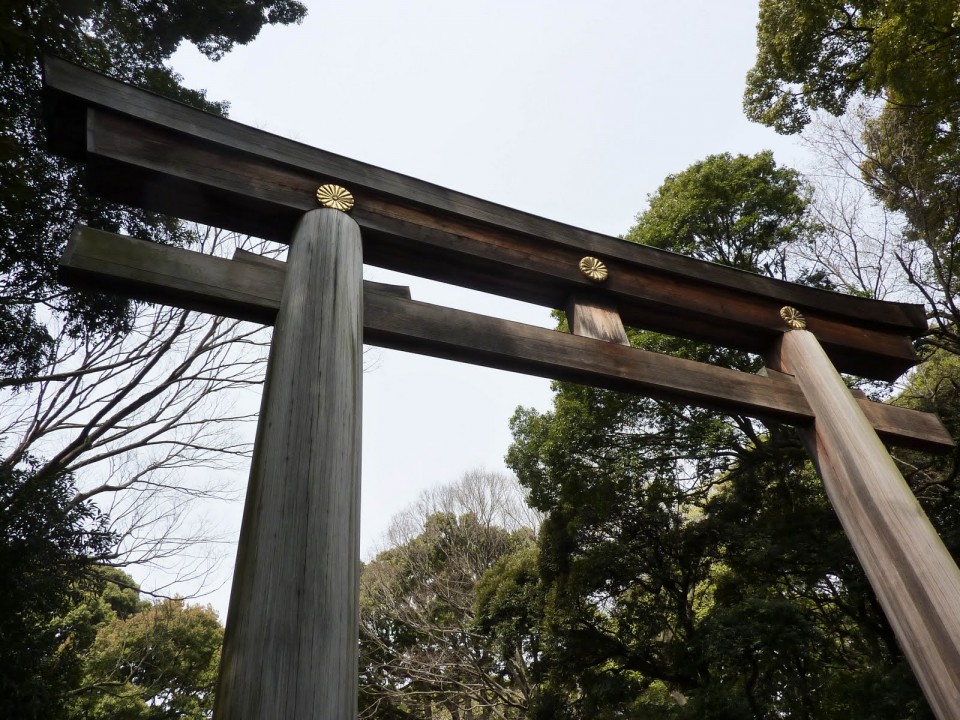 Working for one of the main Shinto Shrine in Japan, there are a few things that I've been able to study, experiment and understand through my work.

Here are a few advice if you wish to make a proper visit of a Shinto place, with the usual respect signs to show to the Gods... that even Japanese people sometimes don't remember about.

Shrine or Temple ? To put it simply, if you see statues, you're likely to be in a Buddhism temple. If none but you can see great wooden gates at the entrance (Torii), it's a Shinto shrine.
First of all, about the Shinto philosophy : it's one of the main religions in Japan with Buddhism, and Japanese people usually follow both of the beliefs. That for a simple reason : Shinto is not a "religion" as we usually describe it in occidental culture, as it has wide acceptance of other religions. For the Shinto philosophy, you can be Muslim, Christian or Buddhist, and believe in Shinto at the same time.
Next point is you'll find no official religious texts to follow, only folklore stories.
Then finally for the main differences of Shinto, there is no concept of reward or punishment after death. If you stop believing in Shinto, do as you want. If you want to believe in it again the next day, all the better, welcome back.

Shinto is originally about animism and polytheism. All nature manifestations may be inhabited by a spirit, that Japanese people attach great importance to and build Shrines for in order to present their respect. Parting from the animism theory later, important people (such as Sumo fighters and the Imperial family) were believed to turn into to Shinto Gods as well when they died, and some of the most famous were offered Shrines as well. That's the case with the Meiji Jingu, built for Meiji Emperor and Shoken Empress.

Your visit to a Shinto Shrine 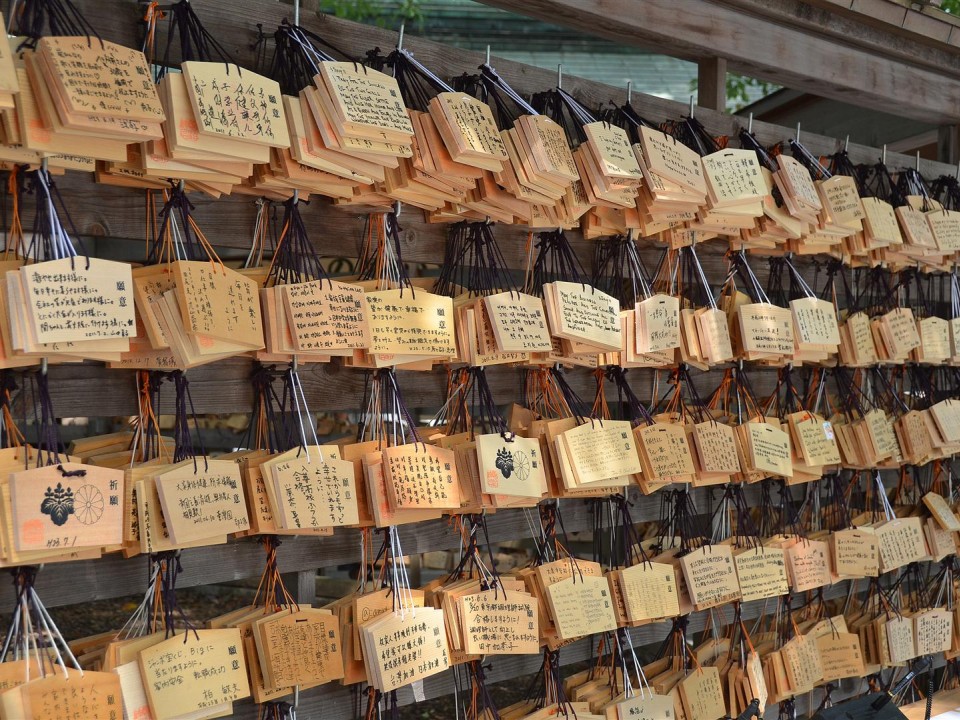 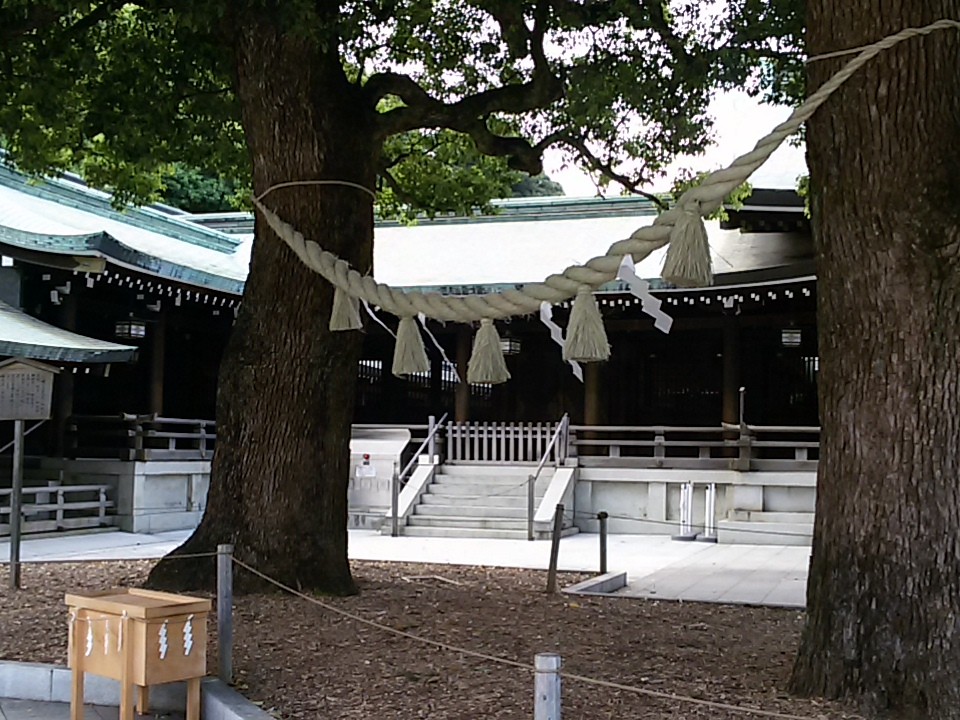 So, here you are, stepping for the 1st time or the 100th time in a Shinto Shrine. The most important things to know about the place are :

- Know in advance which deities are enshrined in the place (just so you know who you're visiting). The Yasukuni Shrine in Tokyo, for example, is dedicated to war heroes... and enshrines 1078 Meiji Period war criminals. Adjust your prayers accordingly.

- When stepping under a Torii (the sacred wooden gate which allows you to access the Gods world), don't walk in the middle of it as it is considered to be the path of the Gods; you'll be in the way. Step inside of it of course, but on the sides, near the pillars. And when you do so, bow lightly always toward the Shrine, a way to let the Gods know you're coming to visit them. It's usual to do this as well when leaving.

- When washing your hands at the entrance of the Shrine : you actually have a moves order for that ! With the wooden cup, take water from the flowing source (not the basin, considered as being dirtier), pour some of it in your left hand, then your right hand, then cup water in your left hand again to rinse your mouth - and don't spit it in the basin. You'll have a place at your feet. Then let the remaining water drip along the handle to clean it for the next user.

- When praying to the Gods inside of the Shrine : it may change from Shrine to Shrine so you might want to check it out first, but most of the time, after throwing some money into the offering box (not an obligation) here is the most common pattern : bow twice shortly, clap your hands twice slowly, at the last clap keep your hands joined and talk to the Gods eyes closed (they are studying very hard English, they'll hear you out) and then bow one last time, a little longer.

Clapping your hands will get you the attention of the distracted and sometimes a little bit deaf old Gods.

- The shimenawa (big rice paper belt, usually on a tree or rock) signals you a nature manifestation particular enough to be inhabited by a God.

- Ema, Omikuji, sacred arrow, mamori... complicated, isn't it ? A short summary : Omikuji is most of the time a piece of paper telling your fortune for the year to come (but not always. In the Meiji Shrine, it's a poem from the Gods). If it's bad, tie it without ripping it to the strings place near with others bad omikujis. The priests will burn it later to cancel the bad fortune. If it's good, keep it close to you.
Ema is a votive or thanks tablet, any language is acceptable.
Mamori is a protective charm from the Gods, you have different area of protection, choose wisely and keep it close to you.
The sacred arrow represents you're aiming for your goal, like in the kyuudo archery sport. You're supposed to offered it to your small house of Gods in your own house, if you have one.
Everything must but returned to the Shrine after one year as it is not effective anymore. Don't throw it in the garbage (it will offense the Gods), if you can't bring it back, then burn it.

There is a lot more to learn about Shinto, but I'll keep it short here.
Feel free to contact me if you have any questions ! 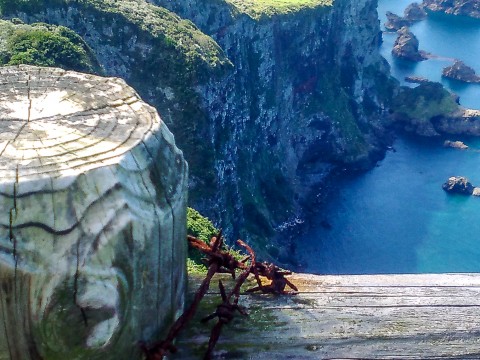 Your next trip in Japan: Shimane prefecture, authentic, unknown and unforgettable

Tired of seeing the Japan of Google images? Feeling like you're not witnessing the core unfiltered culture of the country? Here's your next stop: Shimane prefecture. No app filters needed.Tha…