Observe beer-making at the largest-scale brewery in Japan 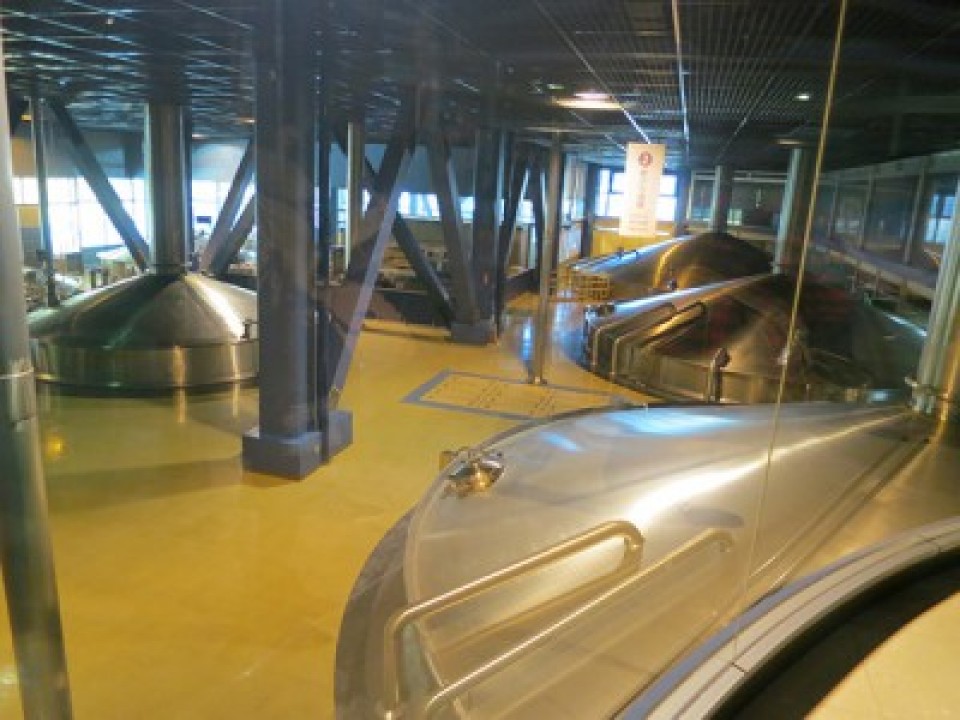 On the other side of the glass is a row of eight preparation tanks, of about 12m in diameter. 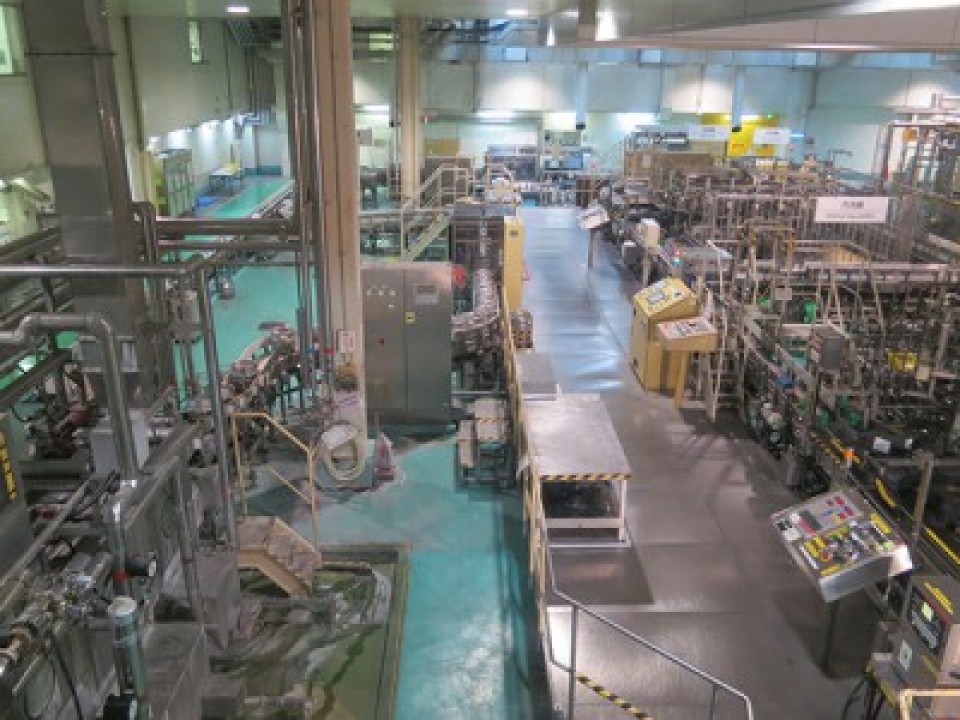 You can see the cans, bottles, barrel-filling, and the actual factory line.

Kirin Beer originates from Yokohama
The Kirin Beer Village, where you can learn about the history of beer, is surely a place that any beer-lover would want to visit.
Kirin Beer originates from Yokohama. Kirin Yokohama Beer Village is the oldest brewery in Japan (completed in 1926), and reportedly the largest in scale (at around 190,000m2). Approximately 2,000 (350ml) cans of beer are manufactured here in one minute. In the Brewery Tour, you can observe Kirin Beer’s manufacturing process (including ingredients, preparation, fermentation, storage, filtration and packaging).

After registering at reception, I took the escalator to the third floor. After enjoying with my eyes and ears the sensation of pouring beer, it was finally time to set off on the tour route. When the automatic door modeled on a beer barrel opened, the pleasant scent of malt drifted towards me along with the warm air.

First, we enter a small room to watch a DVD about the history of Kirin Beer and its particular style of manufacturing. We also hear an explanation of the ingredients. The main ingredients of beer are malt, hops and water. Incidentally, I learned that heated malts such as roasted malt and caramel malt are mainly used in stout. You can actually pick up the malt and hops and look at them. After this, we moved to the preparation tank area (photo 1).

Through the glass, you can see eight preparation tanks. The sight of the row of vast tanks is overwhelming. The inside of the tanks is not visible, so the tour guide gave us an easily understandable explanation while we looked at the monitor. Afterwards, we continued to learn about the manufacturing process, including fermentation, storage and filtration, via the monitors and display panels. I learned that beer-brewing is a process that takes around one to two months, utilizing the power of the yeast.

Aiming to be an eco-friendly factory 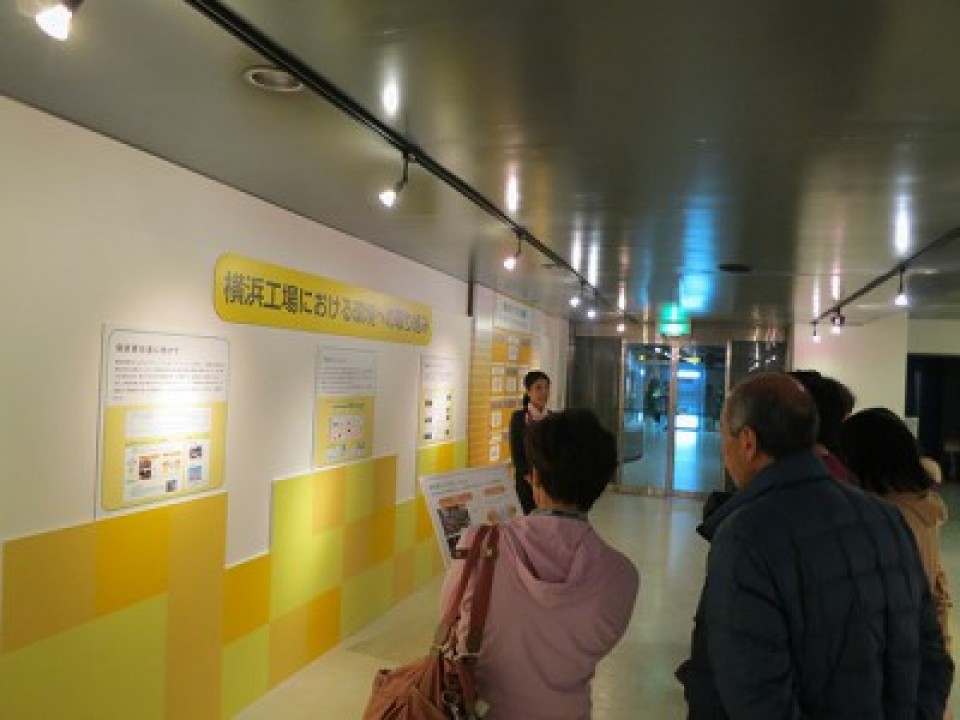 You can also learn about the Yokohama factory’s CO2 reduction, recycling, and resource conservation initiatives. 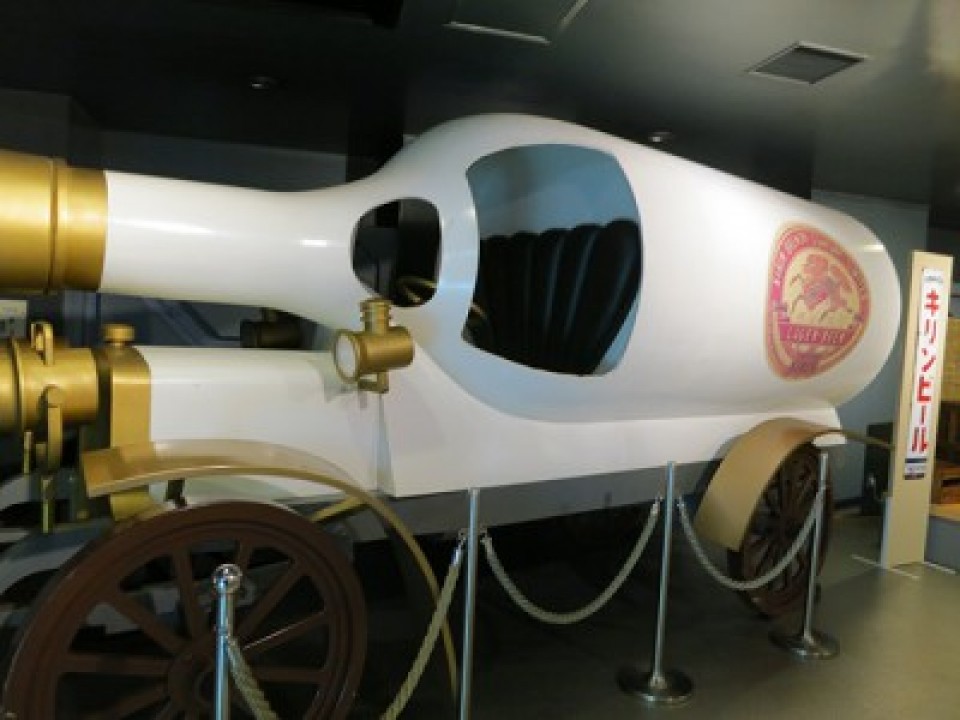 A loudspeaker truck made in 1907, with a bottle-shaped body attached to the car frame.

After filtration, we next take a look at canning, bottling, barrel-filling, and the packaging process (photo 2). Being able to actually watch this happen on-site is the unique attraction of a factory tour. What I found particularly impressive was Kirin Beer’s environmental initiatives (photo 3). The Yokohama factory supplies 100% of its own electricity needs with in-house power generation, and 100% of the waste generated inside the factory is recycled. Also, for example, beer bottles are evolving. The capacity of large-size bottles (633ml) has not changed, but I was told that their current weight has been reduced by around 20% in comparison to those manufactured in 1990. So the transport cost is also decreased, and vehicle exhaust gas can be reduced too. Two birds with one stone, right? There were also plenty of other aspects which impressed me, making me think, “wow, they really are thorough to do all this”.

In the final area, we looked around an exhibition of Kirin Beer’s history and a collection of beer mugs from around the world. The birthplace of the Japanese beer industry is the Yamate district of Yokohama. During the early Meiji period (1870s), a brewery was established in Yamate, which led to the founding of the Kirin Brewery Company in 1907. The brewery was completely destroyed in the Great Kanto Earthquake of 1923, and three years later was relocated to its current home in Namamugi, where it has brewed beer ever since. In addition, this exhibition area also displays a replica of a loudspeaker truck, constructed in an era when vehicles themselves were rare (photo 4). In the past, it apparently used to make deliveries, too. 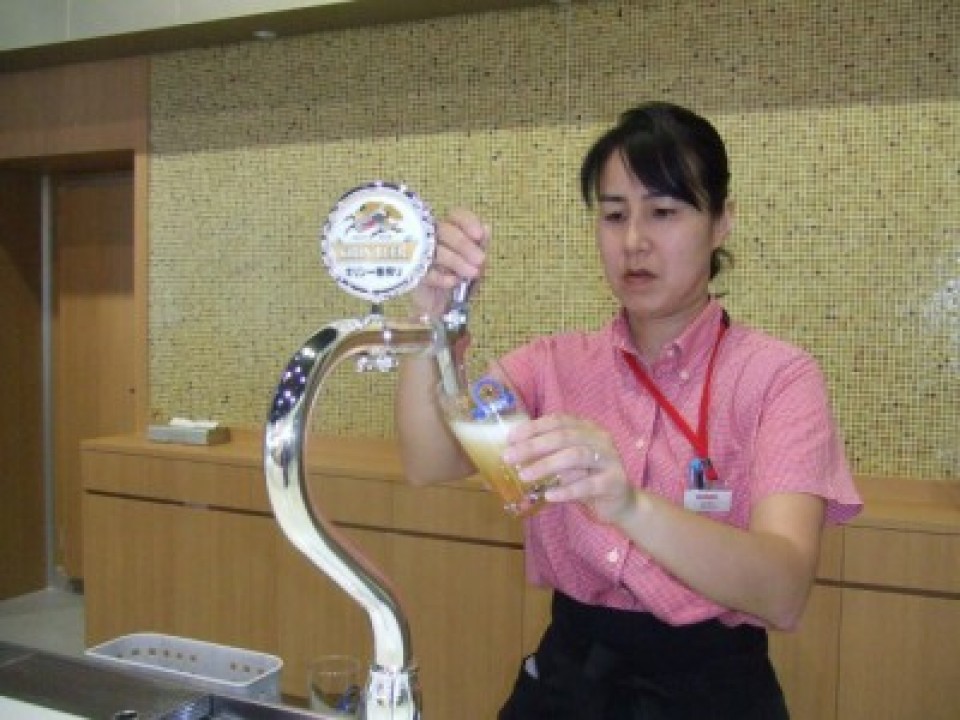 Kirin Ichiban, which has enjoyed firm popularity since its inception in 1990. After viewing the inside of the factory, it’s the long-awaited tasting time. For around twenty minutes, you can sample three beers per person. The varieties are Kirin Ichiban and Kirin Lager Beer, which are made here at the Yokohama factory, and Kirin Ichiban Stout. Juice and non-alcoholic beer are on hand for those who aren’t fond of beer, and for drivers and children, so everyone can have fun.
My first drink was, sure enough, Kirin Ichiban which is made right at this factory (photo 5).
Just previously, I had learned thoroughly about the “Ichiban Manufacturing Method”.
The taste of freshly-made beer is the best! When the smooth foam filled my mouth, the scent and flavor of barley pervaded. I heartily recommend that you come here and taste it for yourself.
At the end of tasting time, we learned a trick to drinking beer that makes it taste even better. This is the so-called “three-step pouring method”. The three-step pouring method, just as its name indicates, means pouring the beer three times. The first time, you should start off slowly, then midway vigorously froth up the foam, pouring until the bubbles reach the rim of the glass. Then stop. At this time, most of the glass will be full of foam, but if you wait for a moment, the bubbles will rise to the surface. Then, the second time, you should pour slowly until the foam rises above the top of the glass. Again, wait a little. Finally, the third time, you should pour as if to push up the bubbles to around 1.5cm above the glass. I was told that the rule of thumb is that there should be 3 parts foam to 7 parts beer, and that the trick is to pour slowly over two to three minutes. This is something I could put into practice straight away; I have learned something good.
The tour takes around 70 minutes. On the factory premises there is also a shop, two restaurants, and even a verdant garden which you can stroll around. This is a perfect place for groups, families and couples to enjoy at leisure. 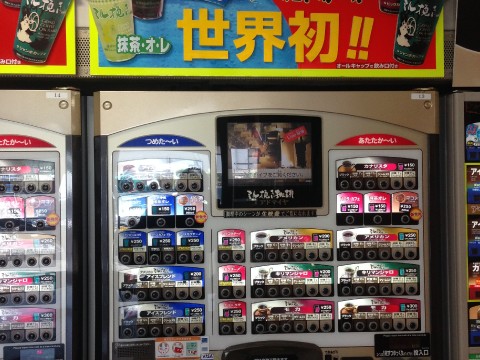