Why Are All the Dogs I See in Japan So Small?

From Toy Poodle to Kaninchen Dachshund, Japan is filled with tiny doggies! 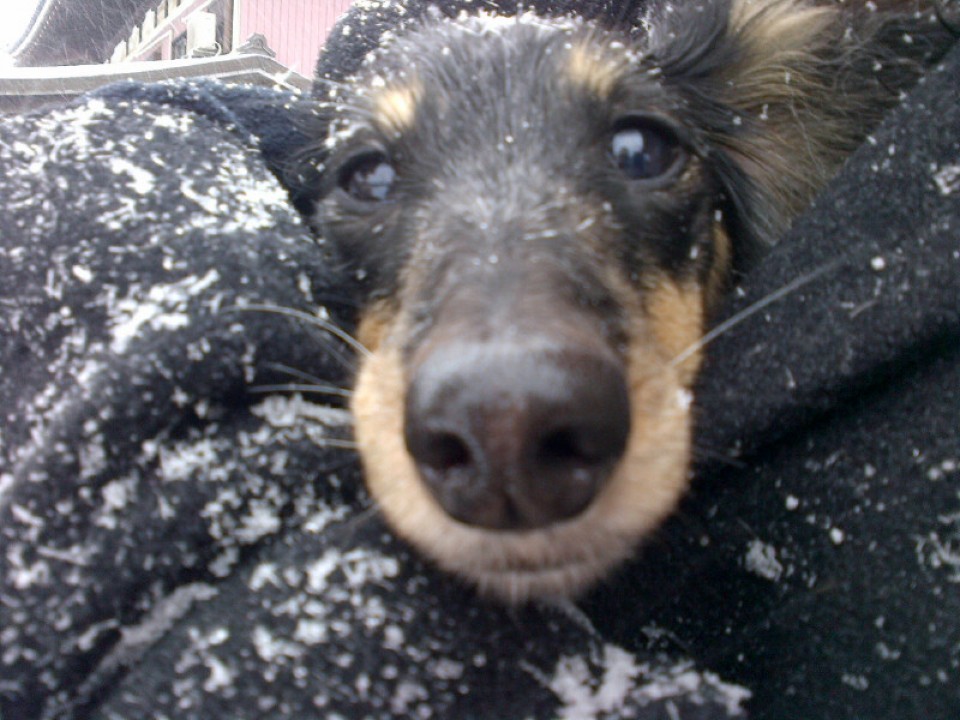 Small Dogs Are Popular in Japan 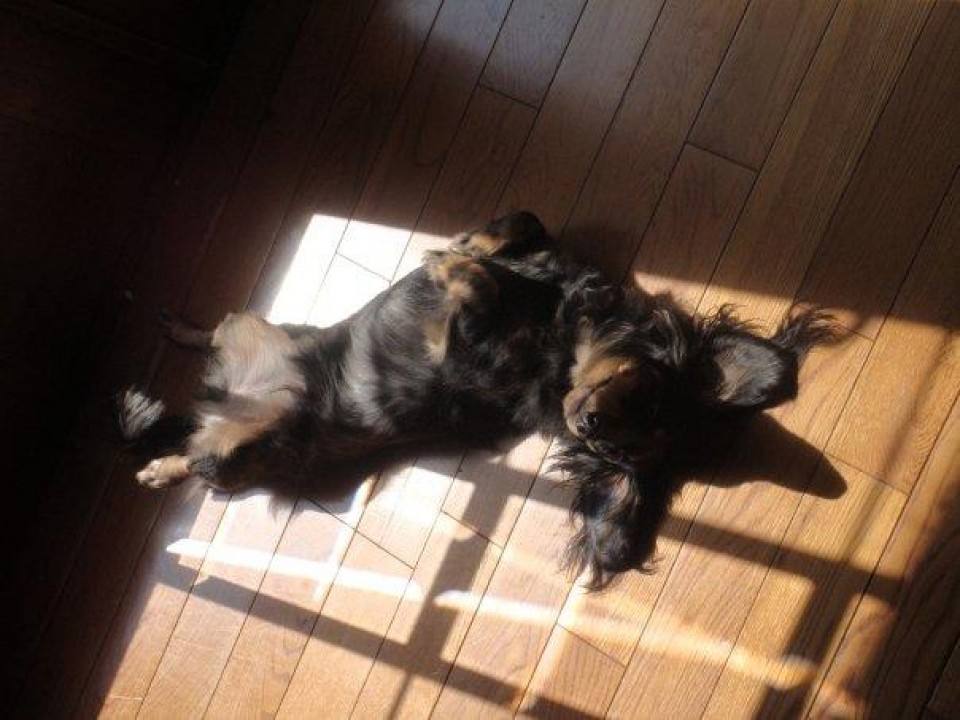 “That looks like a Rat!” exclaimed my English friend when he saw my tiny Kaninchen Dachshund named Cloudy skirting, bouncing and happily flitting around his legs one day in the park.

At over six feet tall, I don't think he could really see clearly what critter was attached to the end of the leash I held and with the swift movements and elongated body, maybe she did look like a large ferret or rat. Oh well, to me she is precious little Cloudy and she joins the countless population of small dogs in Japan.

The top ten dogs (according to this YouTube video) are all small and any visitor will notice small animals everywhere in residential areas or on the quieter back streets of big cities.

I was in Milano recently and went to a dog run by the castle and was surprised to see quite a few dogs there, but none smaller than a cocker spaniel. What happens when you go to a similar type dog run in Japan?

Probably most of the animals would be on the small, frisky and cuddly side. Some of them will probably be wearing little outfits, raincoat if it is drizzling or cheerleader uniform on a sunny day or maybe even have their paw area dyed bright pink! Some might be in doggy strollers and Moms and Dads will watch carefully for “business” and immediately douse the area with water to keep away the smell or demurely pick up the mess with a swift rustle of plastic bag turned inside out to tuck away in their “doggy bag” to carry out of the park to a proper receptacle. All very organized, friendly and efficient.

I’ve thought of a few reasons for the smaller doggy phenomenon in Japan, so here I go.

Real Estate might be the Reason for Smaller Doggies 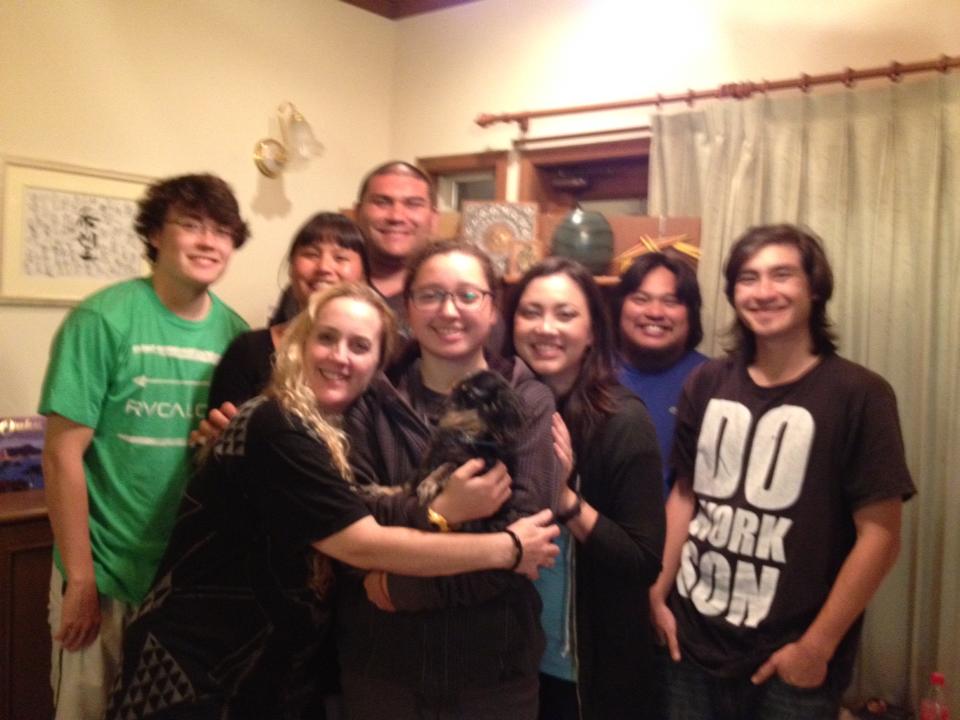 Cloudy and our family 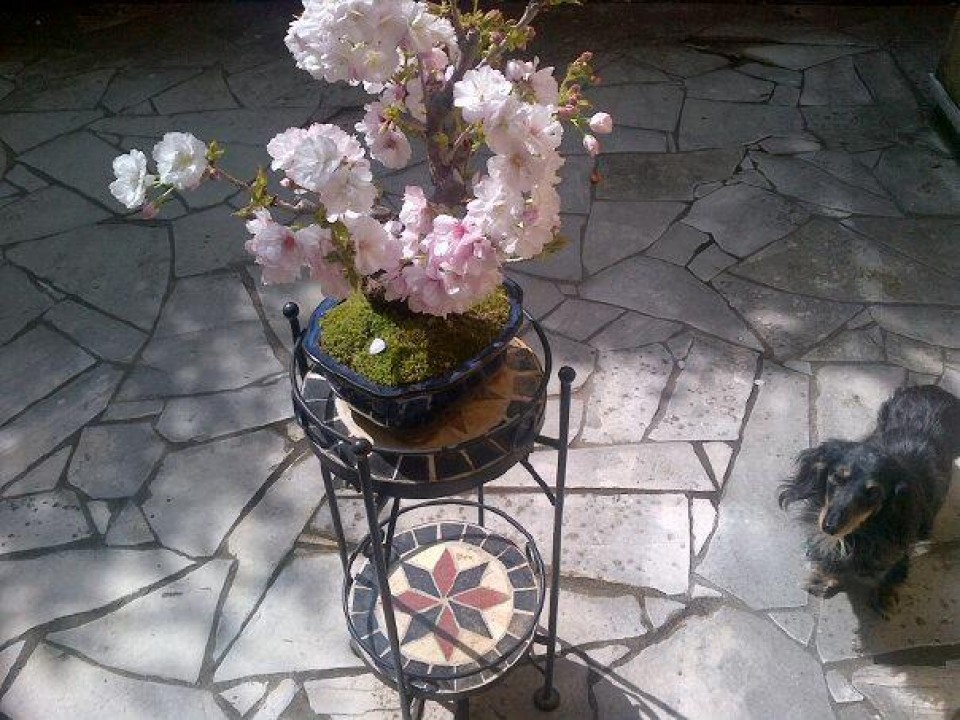 As the only Western Woman to hold the Japanese real estate “Takken” license I can safely say I know a lot about buildings here. I also know that I used to live with a family of four in what is called a “Mansion” in Japan that was a mere 58 sq. meters. That's only 624 sq. ft.! Once again, four people, with the regular visits from relatives, mothers-in-law and friends.

When I was in the Serviced Apartment business, I would show apartments to clients from the US, India, Middle East and Europe and everyone had the same comment about the apartments we marketed as being “large”. They all disagreed with us and soundly proclaimed, “Small”！ One guest even said our larger apartment was the size of his garage! Our 70 to 80 sq. meter (around 800 to 900 sq. ft.) apartments in the one bedroom size for internationals would usually be divided into a 2 bedroom (2LDK) when targeted at a Japanese family. Featuring a combined kitchen/dining/living area, a 2 LDK (2 bedroom with Living/Dining/Kitchen combined) is where a family of four or five could easily live comfortably and over the long term. No problem!!

This is one reason for the smaller size of “man’s best friend” in Japan. A little dog can live inside, needs less space, can do his or her business in a nice little box or cage in the laundry area, can be trained to be pretty quiet as not to bother the neighbors and is economical in terms of food and the various toilet sheets, little dog clothes and other accessories, oops, I mean necessities.

Maybe Japan Just Loves Being Close? What a Nice Thought! 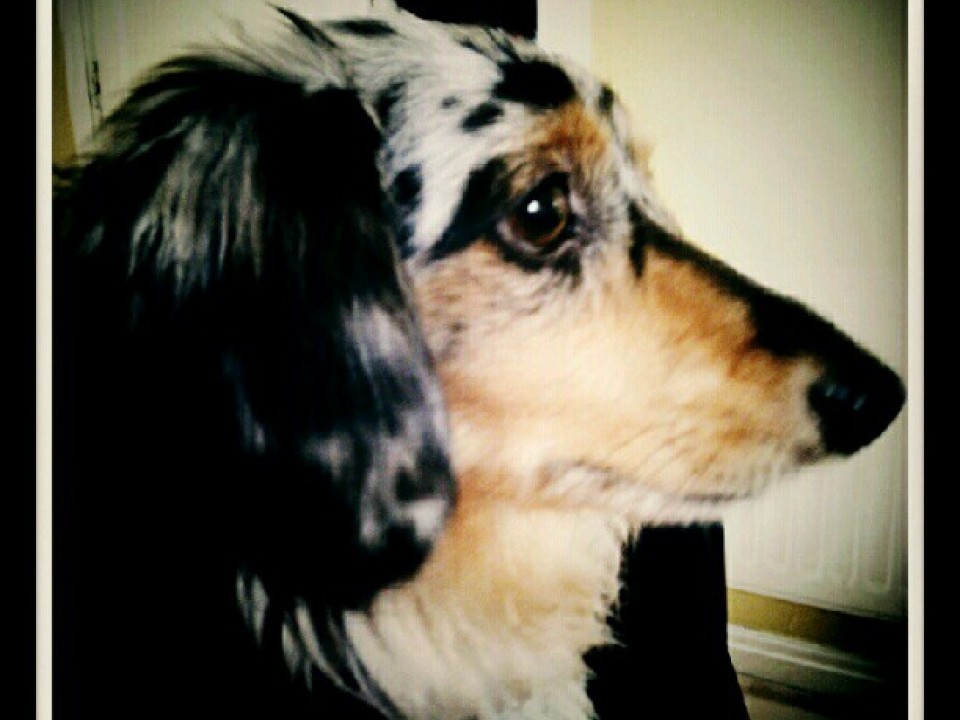 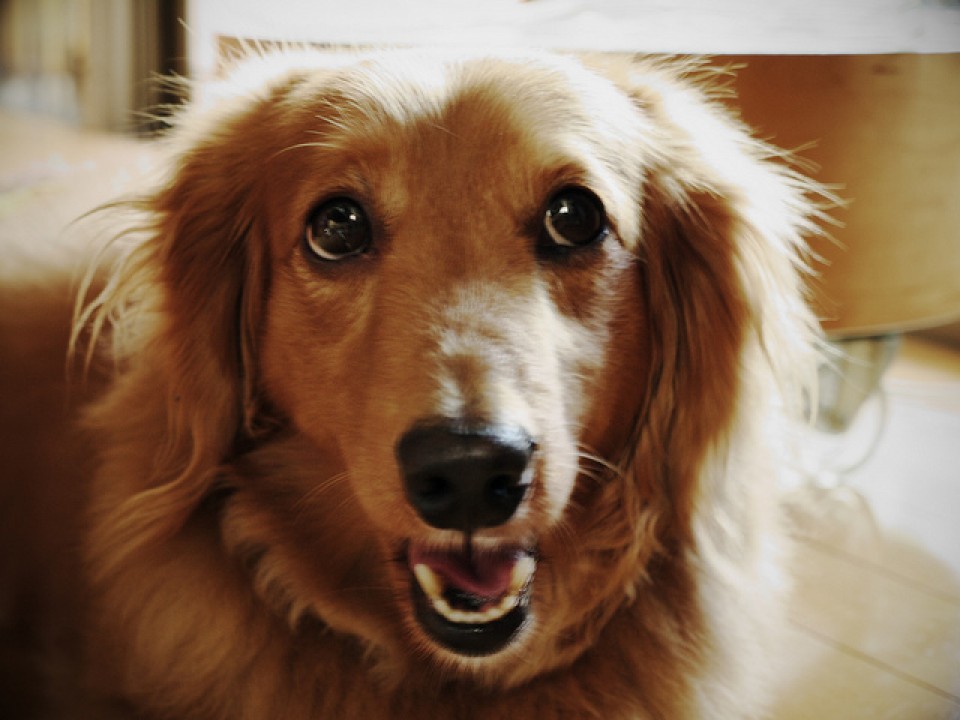 Another reason might be there is not that much of a need for guard dogs in Japan. Police officers with dogs, rescue dogs, etc.; that kind of culture is not really apparent in Japan. Also, since a lot of people live in very close quarters with neighbors in single family homes or in the condominiums that dot the city, it is actually preferred that your dog not be a barker. Video cameras in elevators, wary and careful neighbors, gates, locks and police boxes in every community give a sense of security and the need for a guard dog is not felt very strongly.

One day, my host mother and I were watching a television program about Canada way back when I was in Nagoya studying Japanese and when they announced that there are only 9 people per sq. mile in Canada and 836 per sq. mile in Japan, my reaction was “What quiet and solitude they have in Canada!”. Her reaction was “They must be so lonely!” My overall impression of Japan is that people here like to be in groups and clusters. This is not a lone wolf society. Much more like a pod of whales or a family of bears who stick together, want to be nearby and identify absolutely with their “kind”. While many of us in the US admire and want to be like the Lone Ranger or Superman, Japanese kids would rather be like Satoshi, Momotaro or a Power Ranger, in a group of heroes, each with different talents.

So it might not only be limitations in land or real estate zoning laws that keep Japanese homes and condos so tightly quartered. Take a look for yourself! Just open the window in any mid-floor apartment in Japan and it would not be rare if you were looking straight at the wall of the building next door. This happens even in less populated parts of Japan.

Maybe it is part of the psyche of this deep and interesting country. Could it be? Maybe Japanese people LIKE being nearby and enjoy being a part of a rather intimate community! What a refreshing and comforting thought. As cities around the world grow more crowded and “close quarters” becomes the norm for many, Japan is a beacon of success in how community can be built WELL, super up close and personal.

Or, maybe the real reason for the little dogs is simply that they are just sooooo adorably cute!