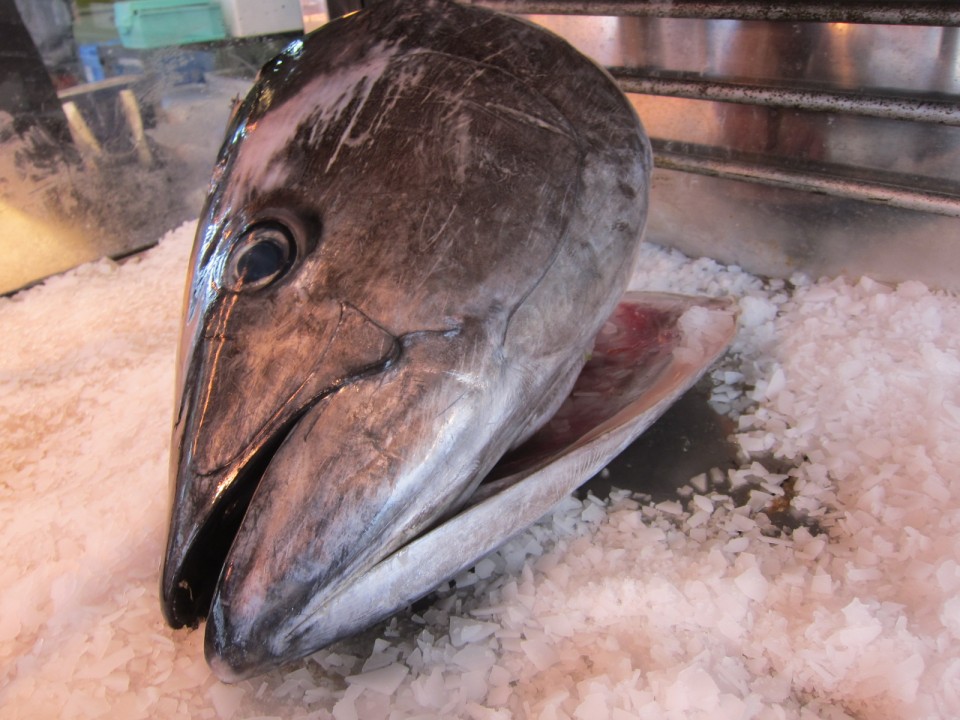 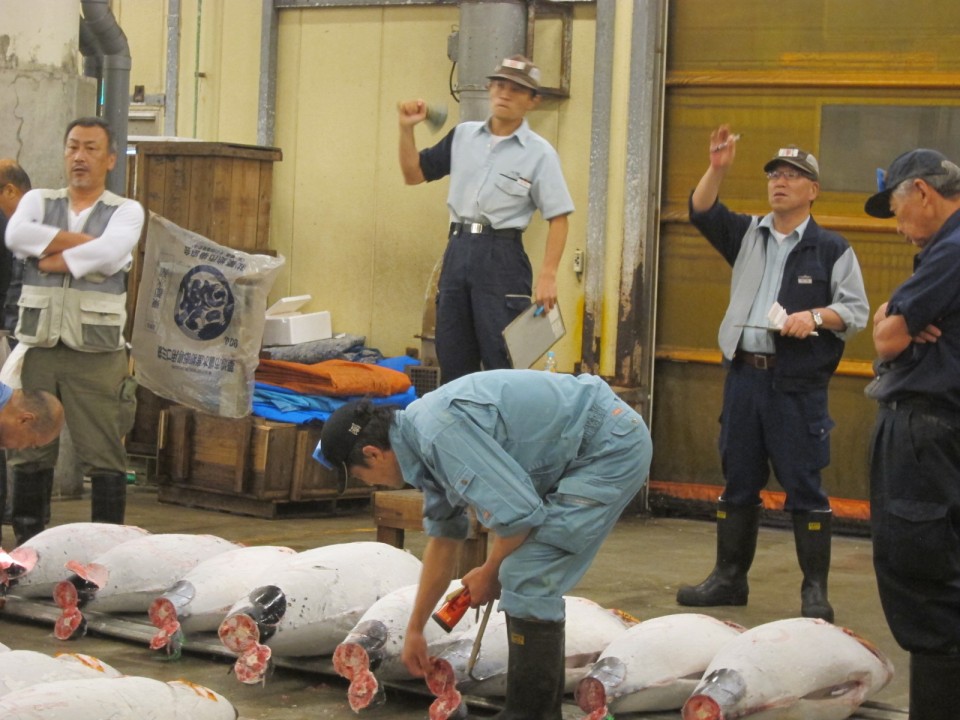 Every morning (except for Sundays/Holidays and some Wednesdays) the tuna auction is held throughout the year at Tsukiji, the largest fish market in the world.
Tuna is a big red meat fish, the biggest can weight 400kg, almost as same as horses, probably the most popular sushi menu in the world, too. Rough estimation 1kg = 45 nigiri sushis, so 400kg is about 18000 sushi servings.

About one or two hundreds of tunas are sold a day, very quickly, before count 10 (seconds) a tuna is sold to a buyer. The buyers lift the flap of tuna skin and hook the tail fin cut-out to see the color of tuna meat inside. Some has even a hand light.

It's nice to know how your tuna sushi comes from so I would encourage you to visit there once......before they move to another place, further east, looking for more space.
It will move to Toyosu area in 2016 November time frame but due to the political reasons, it may be pushed out of pulled in.....but certainly it will be a more sophisticated facility so we would miss the 80-year-old building and lively auction atmosphere.

That's one of the reason why I would dare encourage you to try once before the move, before it becomes completely 'over-the-glass window-show'.

Super early in the morning and 2 hours to wait 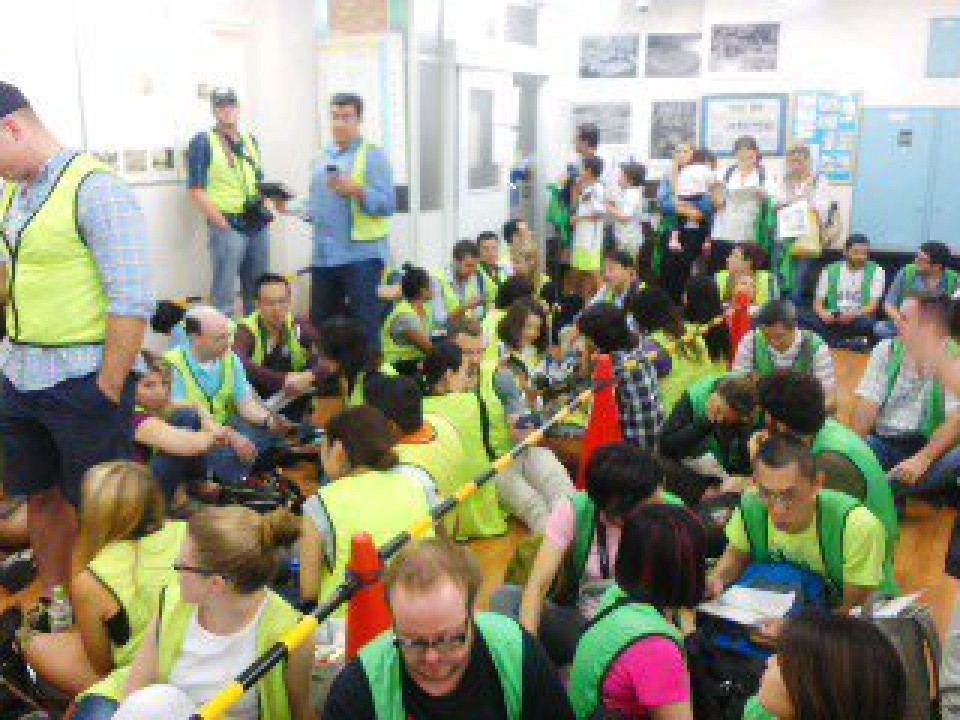 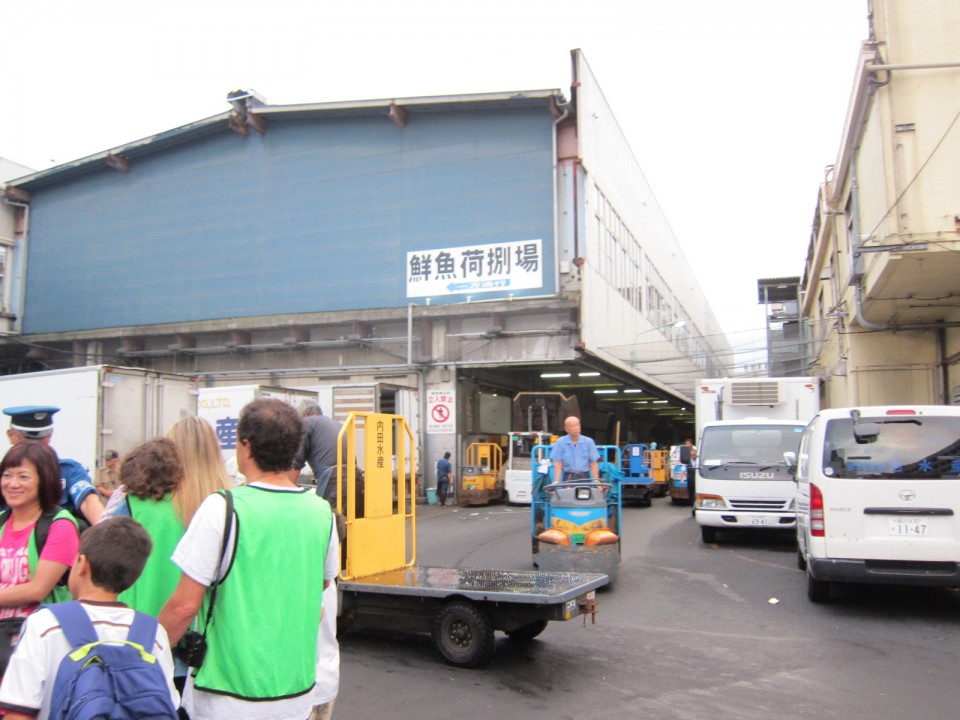 Watch out for turret trucks

You may find old blogs saying 'we just showed up and were able to watch the auction' . But this is not the case anymore. This is their daily business and they don't want to be disturbed by tourists. So they introduced 120-people a day system a long ago.

The auction tours are held twice a day, and 60 people can go for each time, from 5:30am and 6:00am (roughly) And the tourists start to line-up from 3am or earlier.
Summer time is more popular compared to winter time, and it was sold out by 4am when I visited in the late summer.

When you arrive at Osakana Fukyu Center, at the foot of the bridge, there's a small building that can barely accommodate 120 people.....first 60 comers get yellow vests and the latter 60 get green ones.

Once you get the vest, you can't go out of the site and buy foods/drinks at 7-eleven or go back once to rest at your hotel any more. So be sure to fuel up yourself before hand or bring anything you would need. (but no trash bin inside). Most probably spend two hours or more until the tour starts.

As it's before the first morning trains/bus start, no public transportation is available.
So you would need to either:
-stay at a hotel near the market
- take a taxi (30% additional charge in midnight time)
- bike/walk or drive
- kill your time from the night before at karaoke bars or family restaurants nearby. 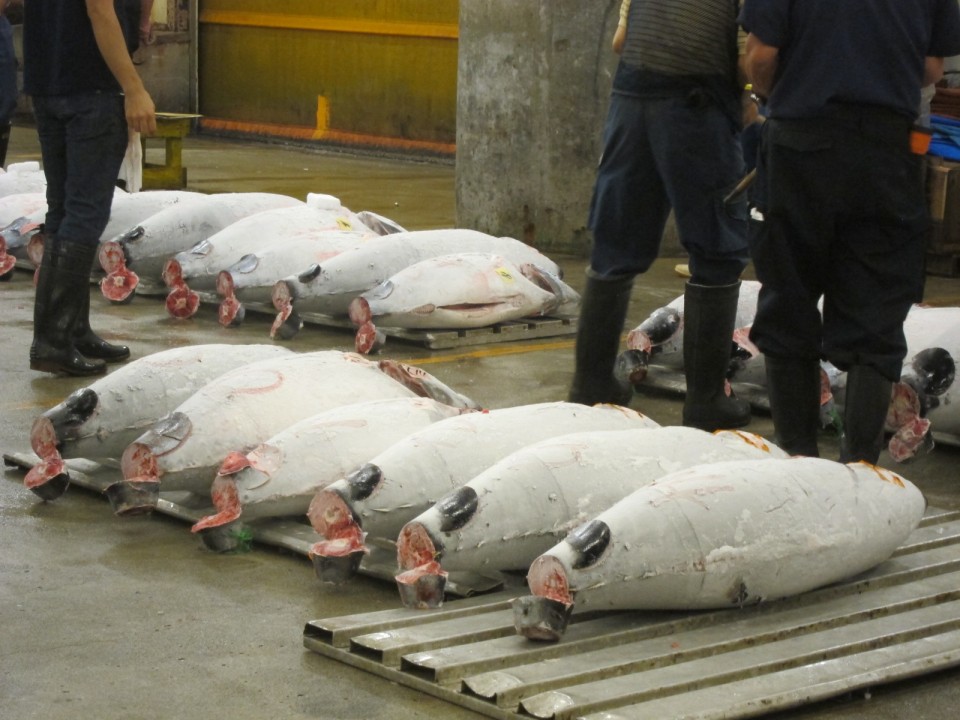 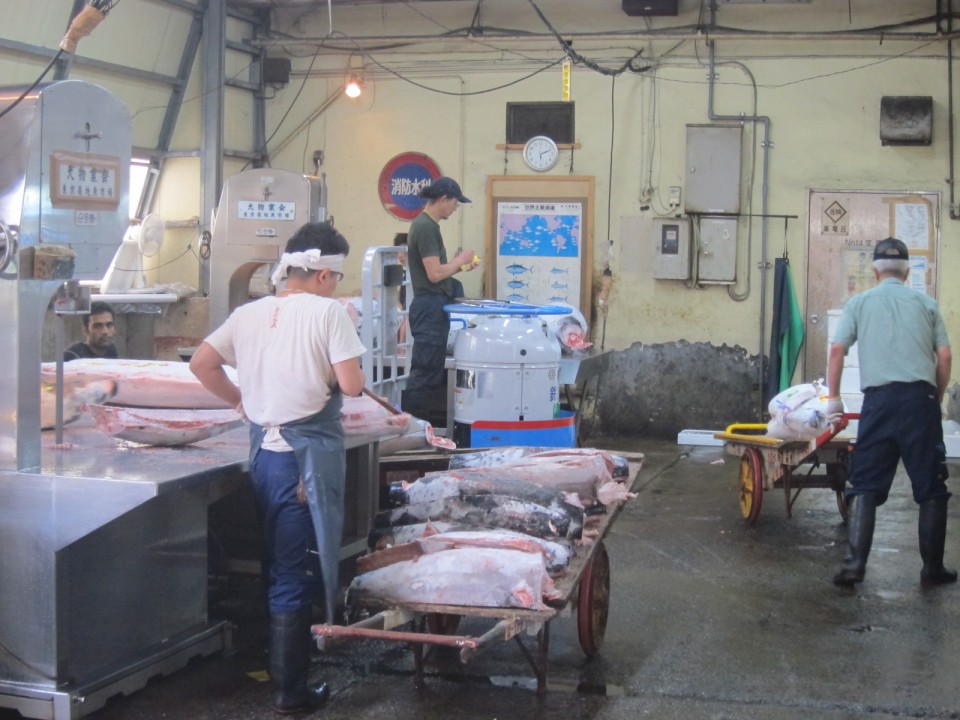 Tunas to be cut by chain-saw

Despite all the effort you need to make, it's still worth something.
I'm being a Japanese, who grew up eating fish and just like most of other Japanese don't, I didn't even care either about how my sashimi/sushi lunch combos are served.

It's all thanks to the workers who get up super early, do auctions, bring it over, cut it in pieces to intermediate sellers, and finally delivered to restaurants. I was impressed how quick it was but I appreciated that. We wanted to catch the earlier train at that time...

Got motivated ?
When you think so, that's the best timing and you would regret it! 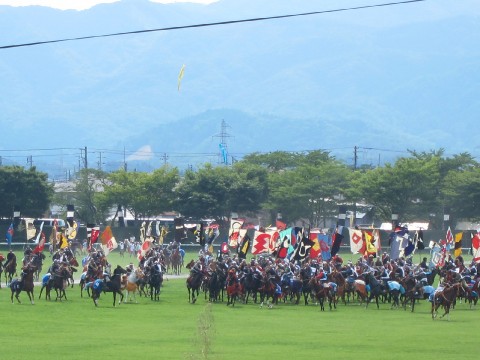 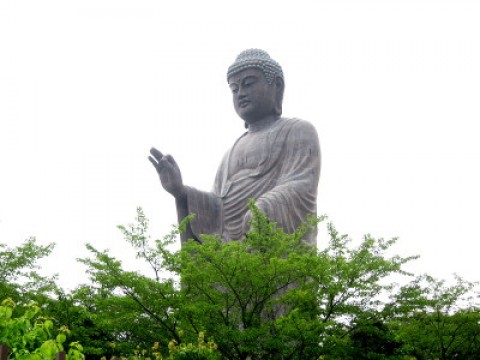