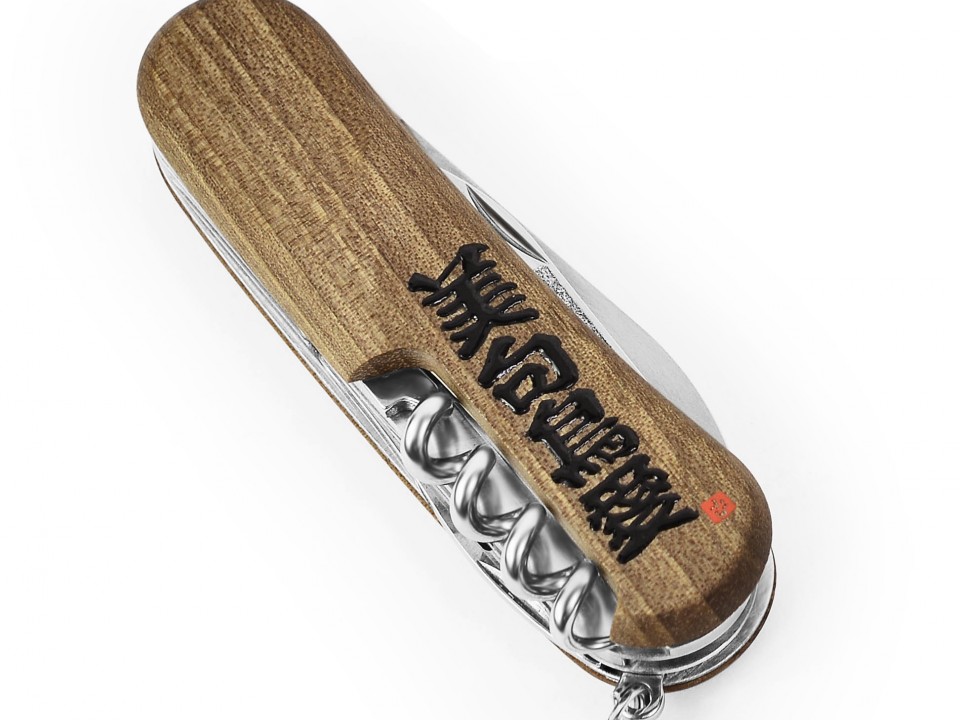 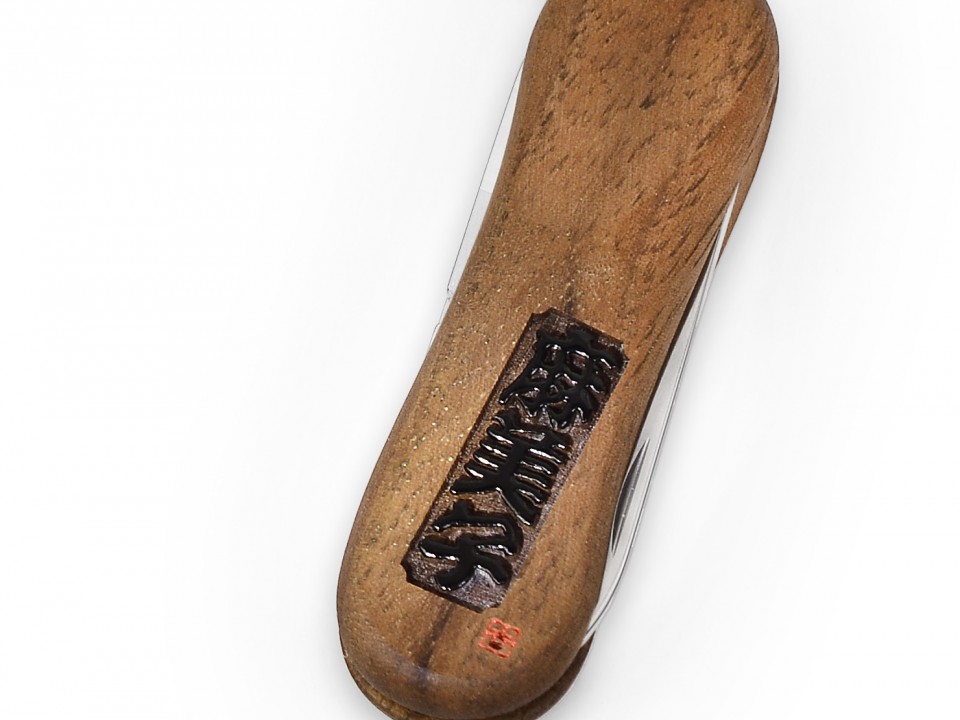 Victorinox Japan Inc. (headquartered in Minato-ku Tokyo; Representative Executive Officer: Mamiko Tanaka) will hold the “Custom Order Event for Swiss Army Knives with Genuine Urushi Edomoji” for two days on Friday and Saturday, August 28 & 29 at the Victorinox Store Ginza. The event will feature Unokichi Tachibana, a calligrapher who is the official successor of the Edomoji/Tachibana-style Yosemoji (Japanese lettering styles developed during the Edo period).

During the event, customers will be able to order a custom-made Victorinox Evowood pocket knife calligraphed with personalized message or name with Edomoji in genuine lacquer. It will be a unique opportunity for customers to experience the craftsmanship of Edo Culture as they can watch Mr. Tachibana decide the lettering and design based on his expansive knowledge on the culture of Edomoji.
As Mr. Tachibana crafts each pocket knife carefully by applying many layers of genuine lacquer, it will require two months to create this premium item. As the handle of the Victorinox pocket knife “Evowood” series, which becomes the base for calligraphing the Edomoji, is made of Swiss walnut wood, its texture becomes smoother and better with every use. This fusion of Swiss and Japanese craftsmanship will no doubt become a collector’s item.