A technique that brings natural colored woods to life 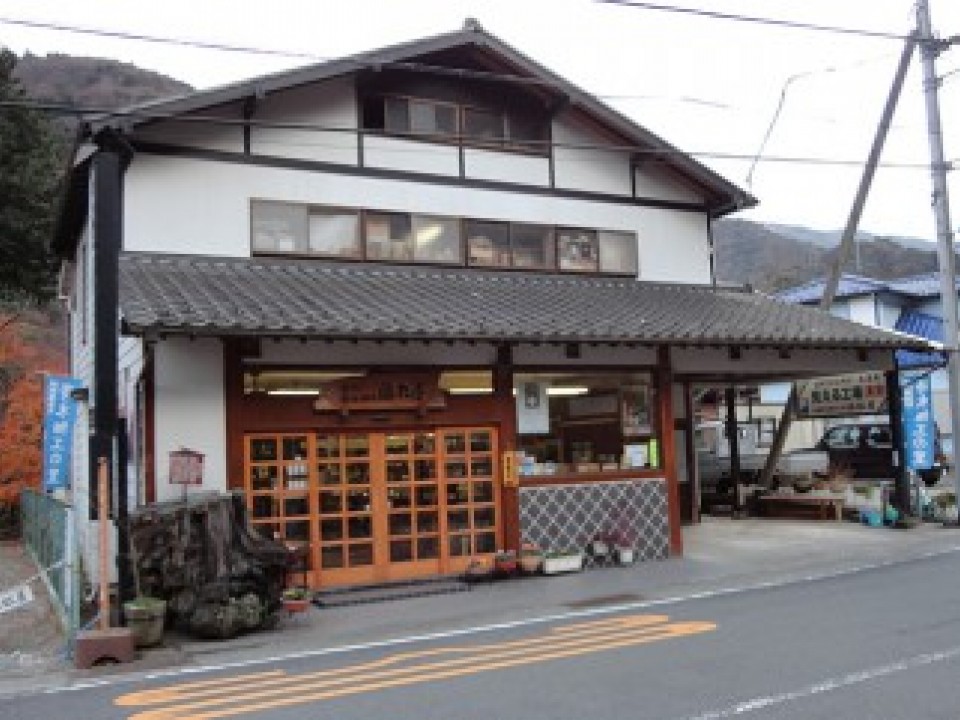 Hamamatsuya’s flagship store. To the left-hand side is the “Honjin Ato” bus stop, and there is a branch store up on the hill 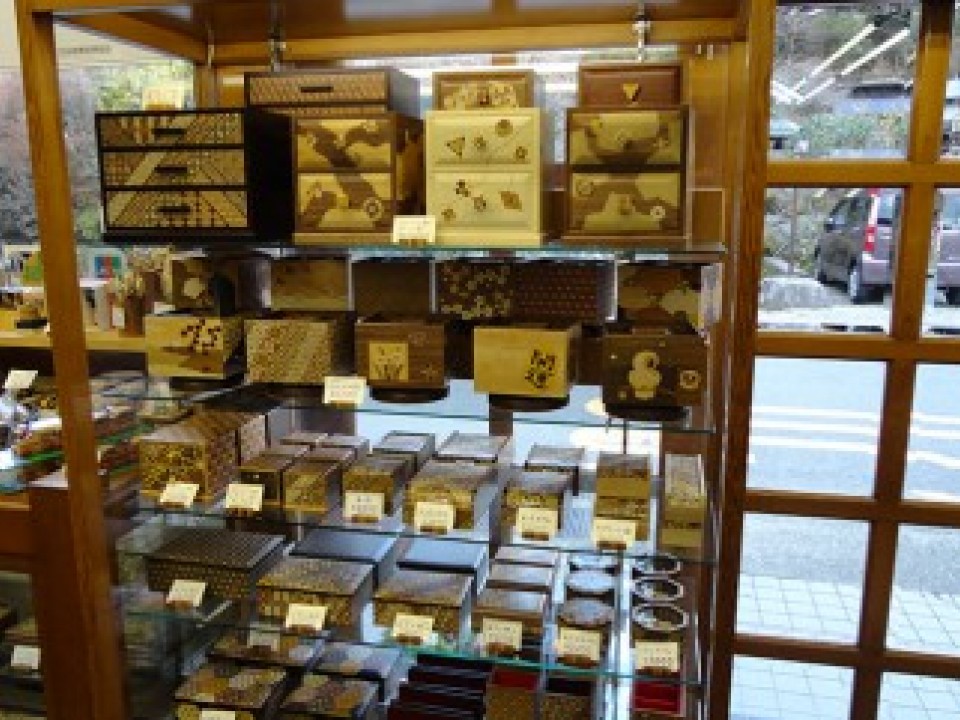 Various products of tradition and skill are on display inside the store. How much for one?

osegi Zaiku marquetry, or wood mosaic, originated in Hatajuku in Hakone. The wood mosaic technique is said to have been created here by a man named Nihei Ishikawa in the late Edo period (1800s), and the craft has since been passed down from generation to generation. Hamamatsuya’s president Mr. Ichiro Ishikawa is one of those descendents, the seventh generation of the Ishikawa family. Hamamatsuya (its flagship store, “Mieru Kojo”) is immediately next to the “Honjin Ato” bus stop in the Hatajuku district (photo 1). There is also a branch store up on the hill.
Hakone wood mosaic products are handmade artworks in which the different tones and grains in natural colored woods are combined to create detailed geometric patterns. These mosaics are then finely carved using a specialized plane and affixed as decoration to small boxes, chests of drawers and other items (photo 2).
The craft has 200 years of tradition, with a history dating back to the late Edo period as I mentioned earlier. It is said that its designs were modeled on the cobble-stones of Hakone’s old highway.
The Hakone region is the only place in Japan where Yosegi Zaiku is produced. The wood mosaic techniques are a unique and precious marquetry art which is unparalleled elsewhere. In May 1984, Hakone wood mosaic was designated as a traditional craft by the Minister of Economy, Trade and Industry (photo 3). This technique has real depth to it.

What is even more amazing is the technique called “Hakone Moku Zougan”, or inlaid woodwork. Like wood mosaic, this also uses natural colored woods, and is a wood art technique that depicts pictures or patterns by inlaying them using a woodworking machine saw. This method has a 130-year history: it was devised by a man named Senseki Shirakawa in the mid-Meiji period (1880s).
The manufacturing method is divided into a “layering method” and a “cutaway method”. The base wood is thinly shaved with a specialized large plane into paper-thin sheets of wood to create the artwork.
The technique of operating the machine saw teeth requires careful attention and a high level of skill (photo 4). Nowadays, the Hakone-Odawara region is the only area where this method is preserved, and it is a valuable traditional craft technique. I have to take my hat off to its excellence.
There are three types of technique of Moku Zougan inlaid woodwork: “cutaway inlay” (cutting one layer), “layered inlay” (cutting two layers) and “carved inlay”.
Various timbers are used for the base wood plate, with different lumber qualities and hardness, so considerable skill is reportedly required for the respective processing techniques.
The main timbers used in Hakone Yosegi Zaiku wood mosaic and Moku Zougan inlaid woodwork are: white woods (Ilex macropoda, Japanese spindle tree, dogwood), yellow woods (Picrasma quassioides, Japanese wax tree, lacquer tree), light brown woods (pagoda tree, Japanese cherry, Japanese Zelkova), dark brown woods (Japanese Zelkova bogwood, walnut (imported)), gray woods (Japanese whitebark magnolia, Japanese whitebark magnolia bogwood), black woods (Katsura bogwood, ebony, black persimmon), and red woods (Chinese mahogany, Rengas (imported)) (photo 5). 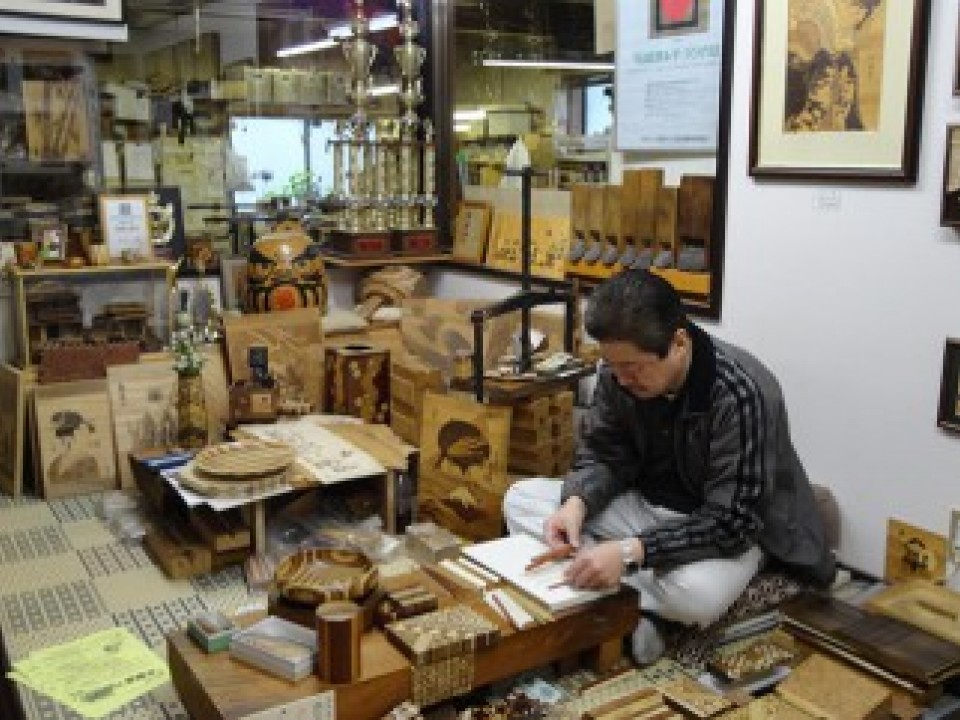 Hamamatsuya’s president Mr. Ichiro Ishikawa, gives a demonstration and explanation of the technique. 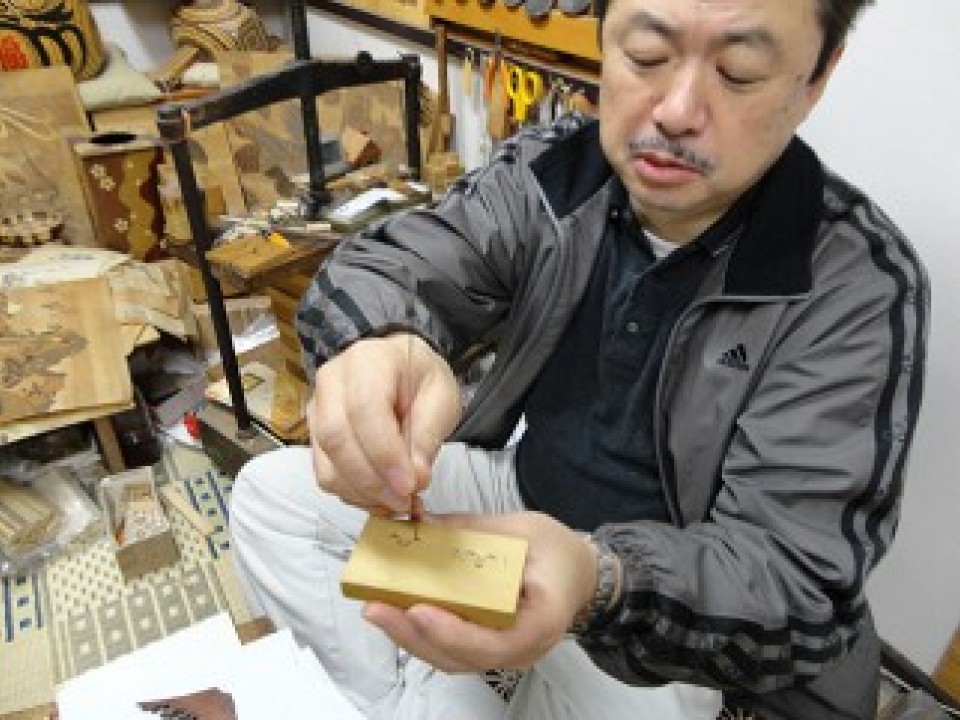 Explaining the inlaying technique using a saw. The intensity and speed of the technique was like watching a magic trick.

It is said that “to understand true beauty, you have to understand the process”. At the second floor of Hamamatsuya’s flagship store “Mieru Kojo”, you can watch a demonstration of Yosegi Zaiku wood mosaic and Moku Zougan inlaid woodwork.
The traditional craftsmen display their skills right in front of you while giving an explanation, so it’s worth listening closely to their meaningful words. As well as feeling that I benefited greatly from watching, I was really impressed.
Additionally, there is even a free gift of a Yosegi Zuku (a Zuku is a thin sheet of wood shaved from the patterned surface of the wood plate with a plane) for those who come to watch the demonstration. How about one as a memento of your trip and a piece of history? There is also a large assortment of original artworks at the branch store. 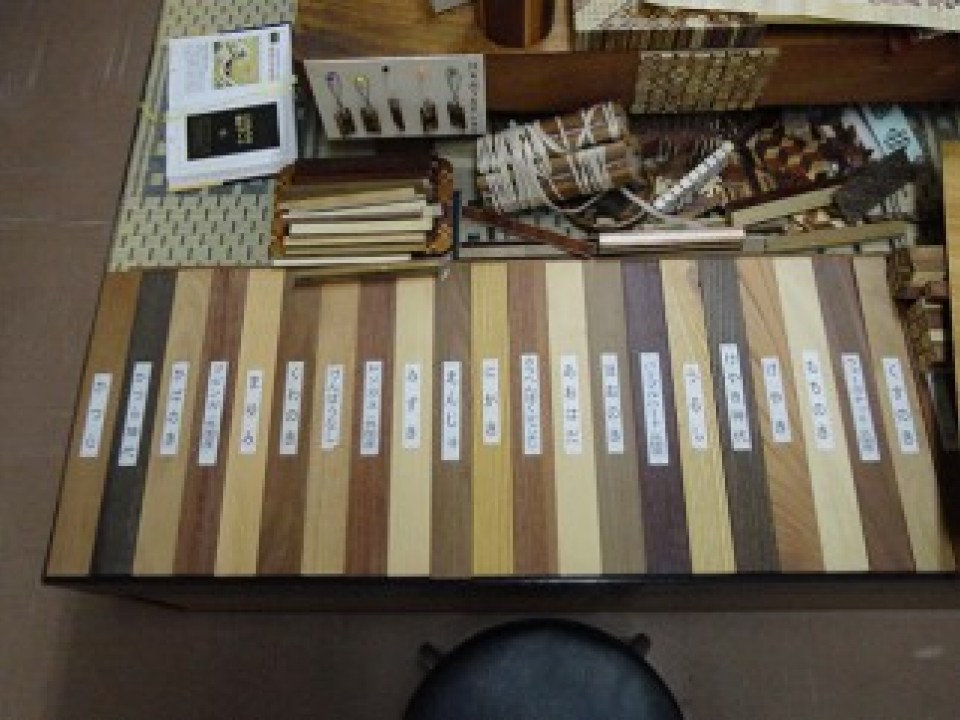 A collection of the timbers used in the technique. 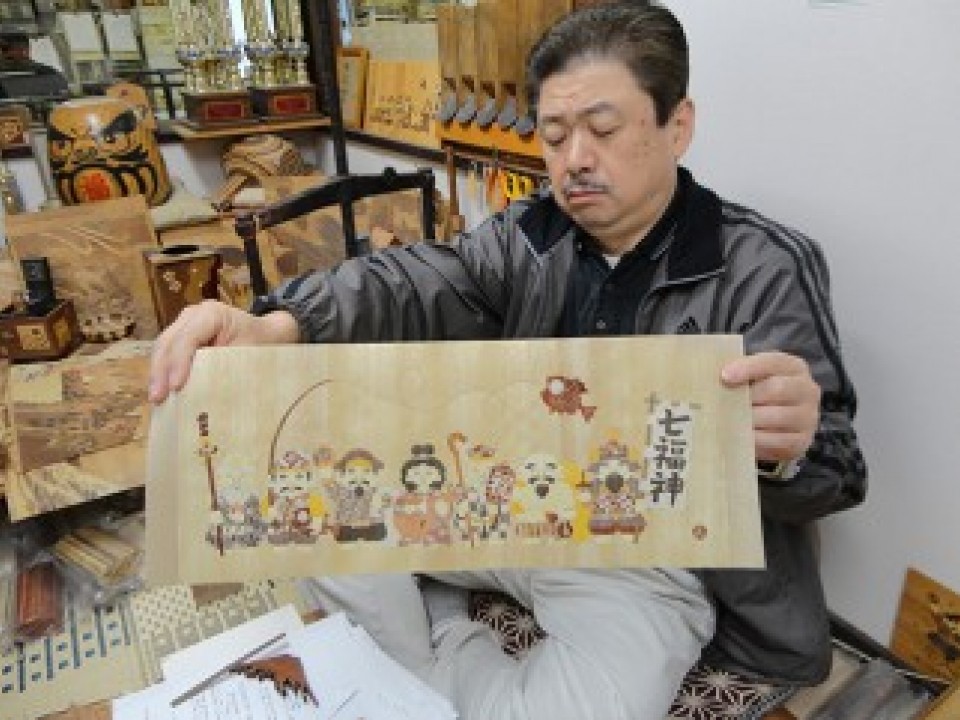 “The Seven Gods of Fortune”. This artwork is a combination of both Yosegi Zaiku wood mosaic and Moku Zougan inlaid woodwork.

These traditional skills are constantly evolving in new ways (photo 6). I am sure that craftsmanship and manufacturing will continue to be mastered through an ongoing fusion of past and present techniques. 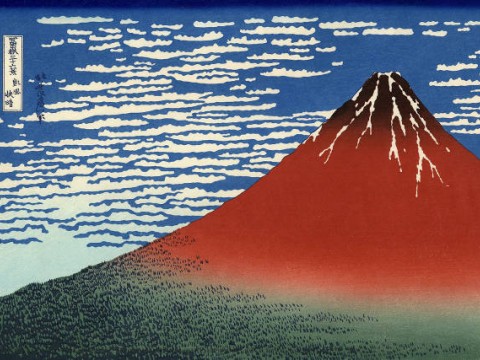 Some of Japan’s colors have a lengthy background dating back to the Asuka period (538 ~ 710) and the hierarchical Japanese color system itself can be most easily traced back to 603 AD, when Prince Sh…