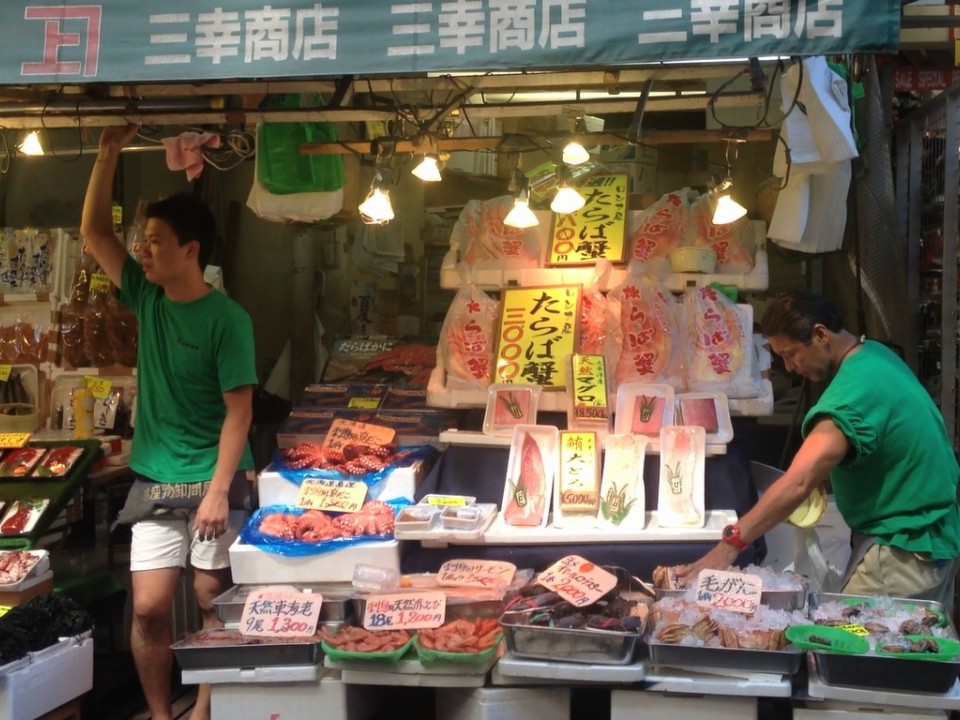 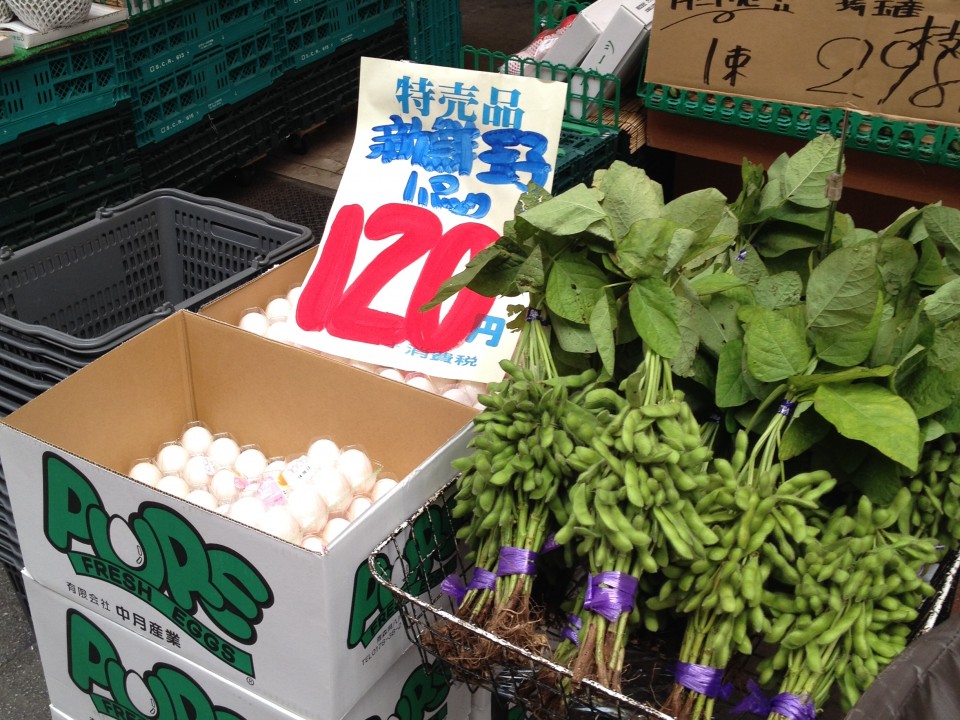 Since the onset of the notion of people bringing their consumable goods together in one area for others to sample, enjoy, and obtain, they were unknowingly creating the concept of markets as we know them today. What might come to mind when I say the word market are smartly lined shelves, refrigerated goods, and neatly packaged commodities. In contrast to this notion, in the recent years there has been a re-emergence and embrace around the world of getting back to our ‘roots,’ and purchasing fresh produce and goods straight from the source at the farmers market.

Farmers markets ubiquitously bring out the true energy of togetherness, and a sense of building and strengthening of the foundation of a community. Markets signify communal efforts to live out a better life by working together to sustain the community that you reside in. It is also a place where indi-merchants are directly able to carry on the livelihood for themselves and for their families. 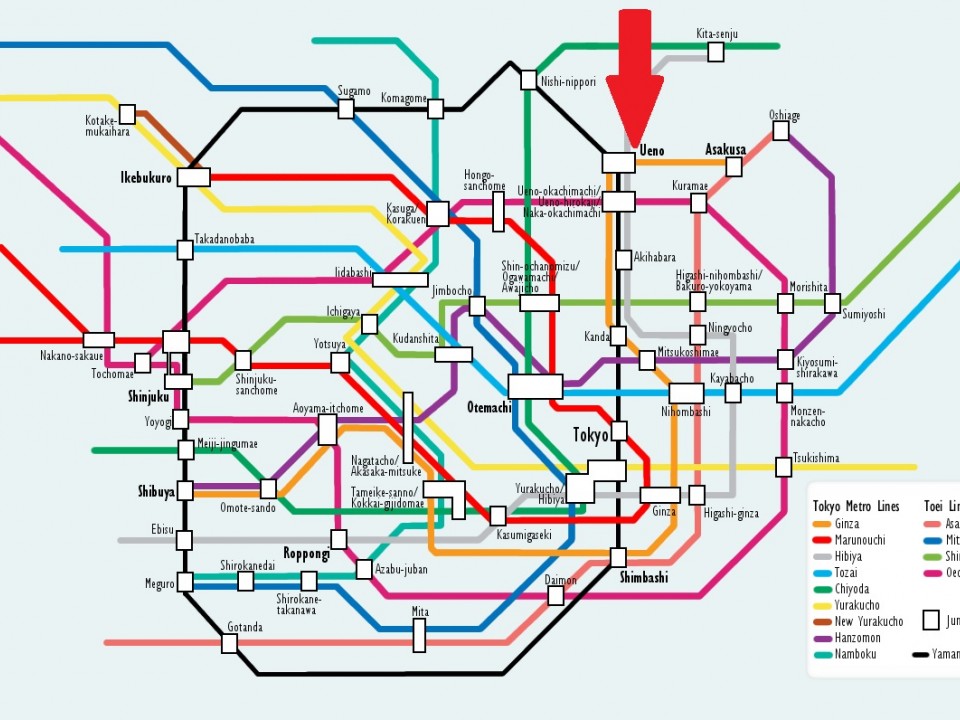 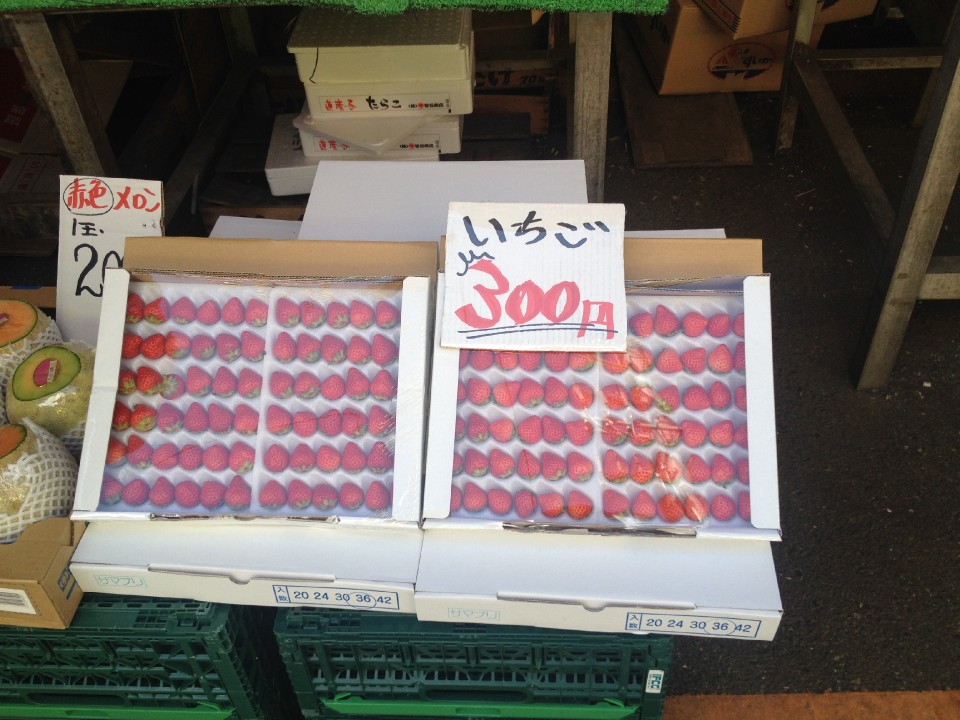 Here in Japan the concept of the ‘farmers market’ or street markets, thrive. Unimaginable freshness of atypical varieties can be found in the most unpresuming places. For someone who wants the immediate, total immersion into the Tokyo style Farmers market, head to the Ameyoko shopping street which runs from Ueno to Okachimachi Station along the train tracks of the JR Yamanote Line and JR Keihin-Tohoku Line. Translated as the ‘Candy Story Alley,’ as candy was traditionally sold here, these markets offer some true sweet treats any day of the week, in addition to thousands of other items! 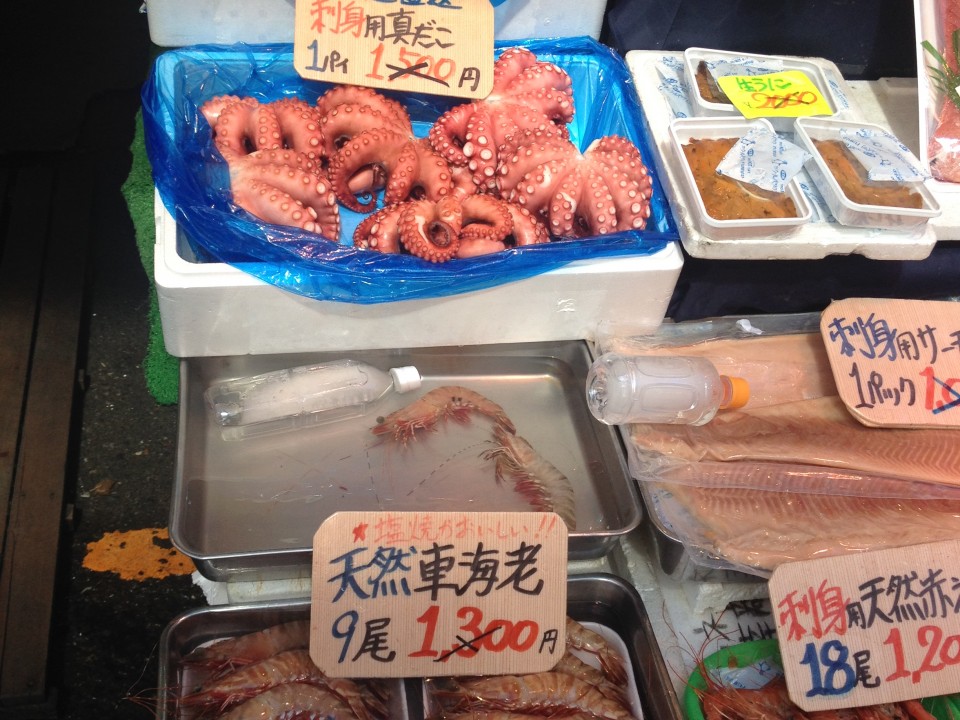 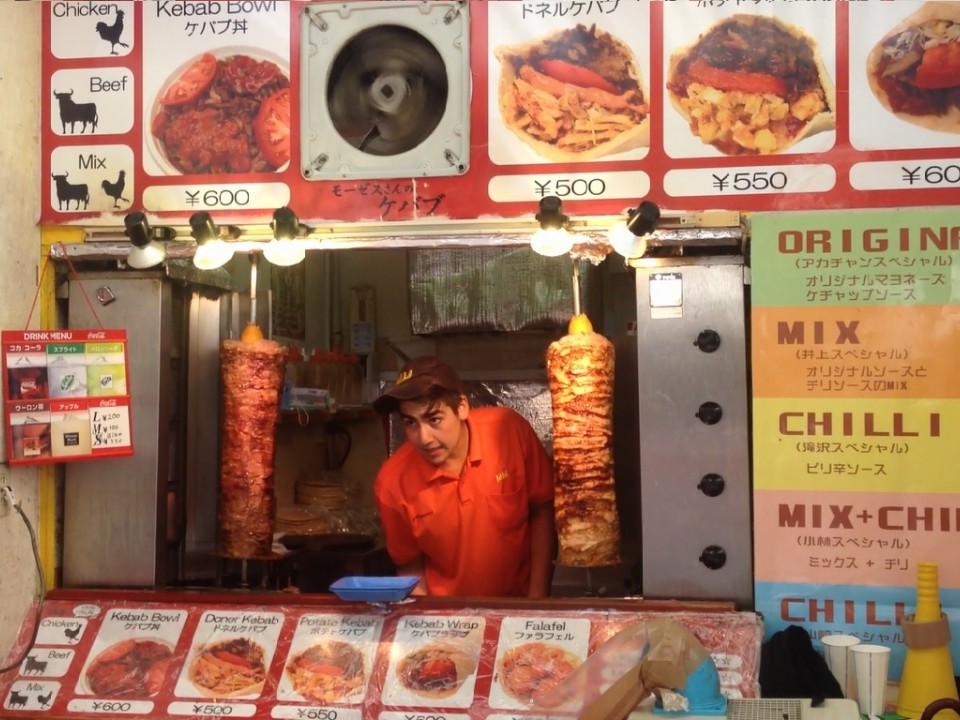 Just seconds away from departing the JR station Ueno stop, lose yourself in hours of sensory exploration to which you have yet to imagine. Everything from live octopuses ready to order, to delicious kabobs freshly baked and even edamame still attached to the vine. The Ueno markets are truly a place that you do not want to miss during your exploration of Japan.