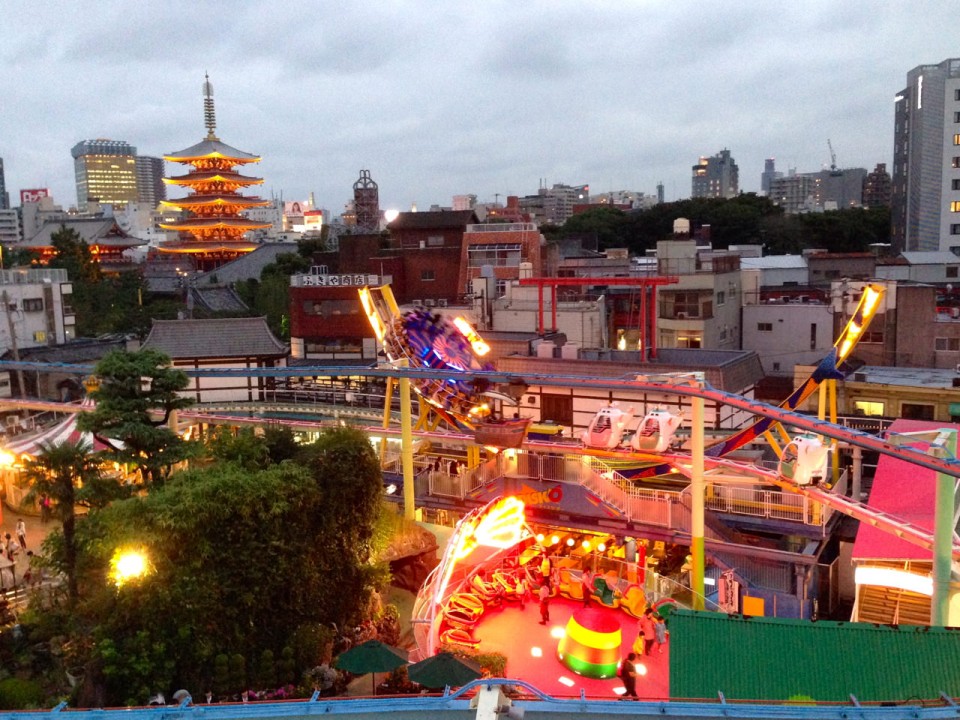 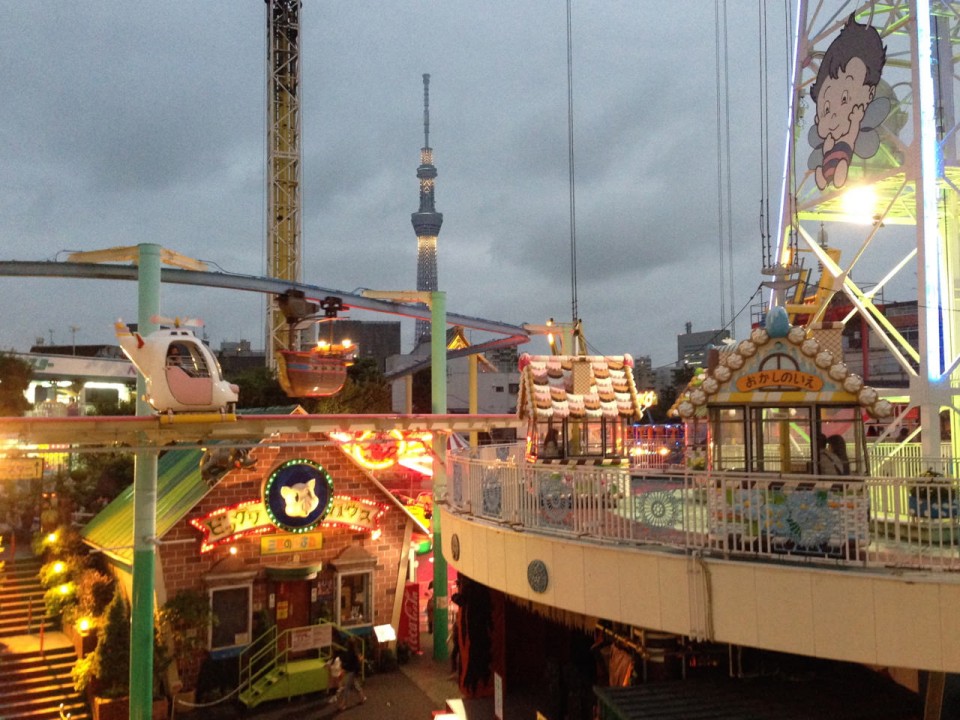 Asakusa is an old part of Tokyo. In a city that changes quickly and often, it is not surprising to read about the many changes that have happened in this area. Asakusa was a major entertainment district filled with theaters and restaurants. While many of the theaters disappeared, the small amusement park Hanayashiki survived. It has celebrated its 160th anniversary. It is tiny and old-fashioned and small children and adults love it.

Hanayashiki is one of the places in Asakusa that seem to be more popular with Japanese visitors. Maybe it is because some of them have their own childhood memories here. I have been reading “My Asakusa: Coming of Age in Pre-War Tokyo”, a memoir by Japanese actress Sadako Sawamura. It is a collection of scenes from her childhood. Born in 1908, she describes memories from when she was a small child, making her stories about 100 years old. Scenes from different festivals at Senso-ji temple still show many similarities to today. Others like the Kabuki scene seem to have changed quite a lot. Still many things are essentially the same. The approach to Hanayashiki and the joy children can experience are still here today. 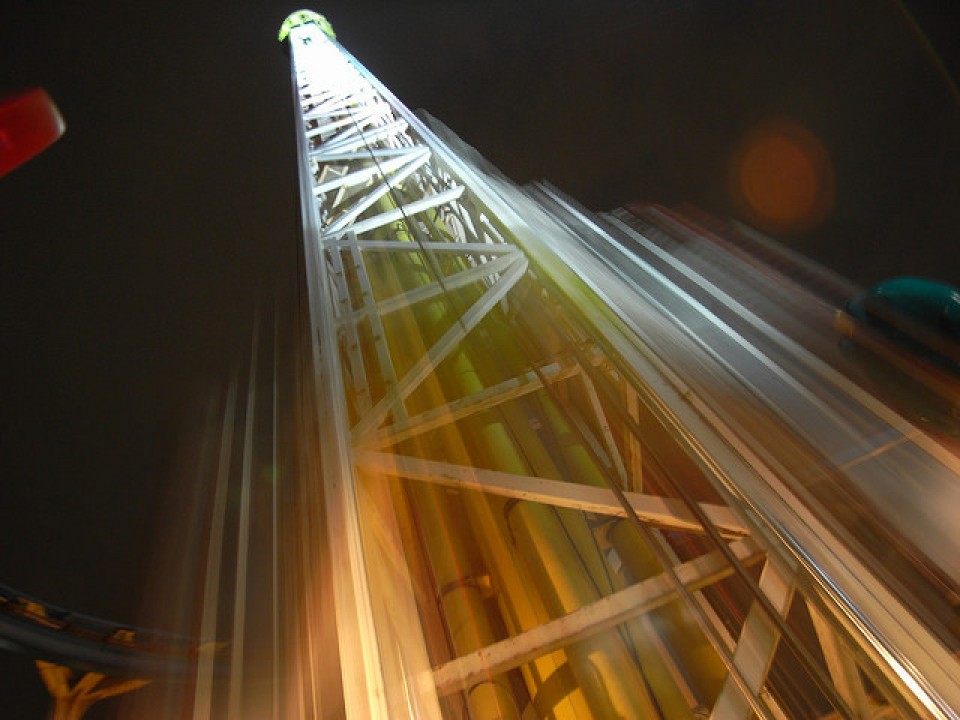 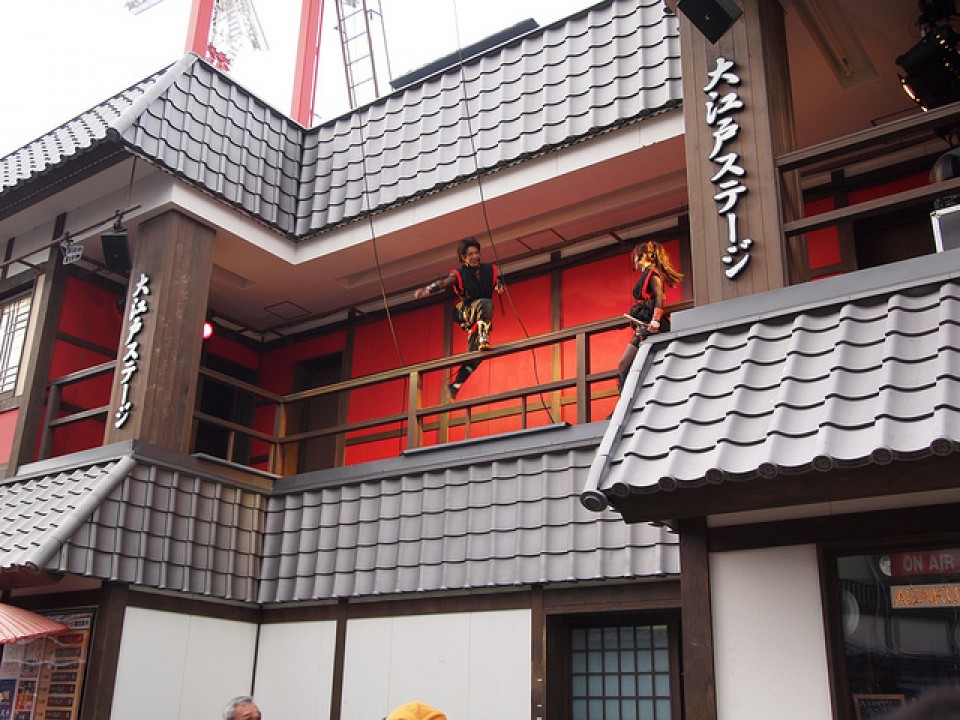 This is the beginning of the chapter “The District Around the Hanayashiki”: “On the right side of the road leading to Rokku [an administrative unit comparable to a ward] from the Kannon Hall of the Senso-ji temple is the Hanayashiki [the flower estate], facing the site of the former Gourd Pond. Much earlier, as I heard the old people say, it was a beautiful garden for admiring flowers in each season, and tanka and haiku poets held meetings there. Later, the garden became an amusement park for children, because, as I was told, the increasing number of movie houses and theaters eventually turned the adjacent Rokku into an amusement quarters. The Hanayashiki could no longer be maintained as a garden for people of refined taste. Now it is a lively amusement park with a variety of rides. In my days it was also, in its way, a good place for amusement.”

Hanayashiki has changed, but still continues to create sweet memories for its visitors. When Sawamura was a child, a puppet theater was one of the attractions here. Now actors in ninja and superhero costumes perform stories and fairy tales for children. There is a very small ferris wheel and a merry-go-round. Several slow rides and a roller coaster weave around the park and every corner and building is filled flowers, statues, pictures, and games. When you climb the stairs up to the roof, you will find a small terrace overlooking Hanayashiki. It is a great spot for taking pictures and you can see Senso-ji temple’s pagoda, the golden Asahi Breweries building near Sumida river and Tokyo Skytree from here. 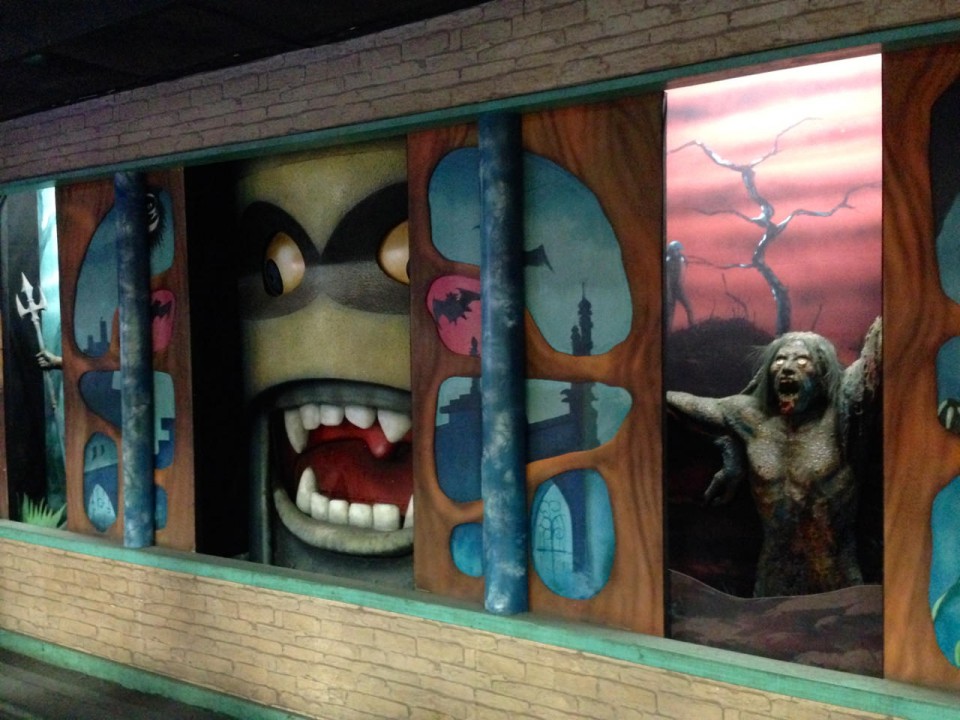 scary fun at the haunted house 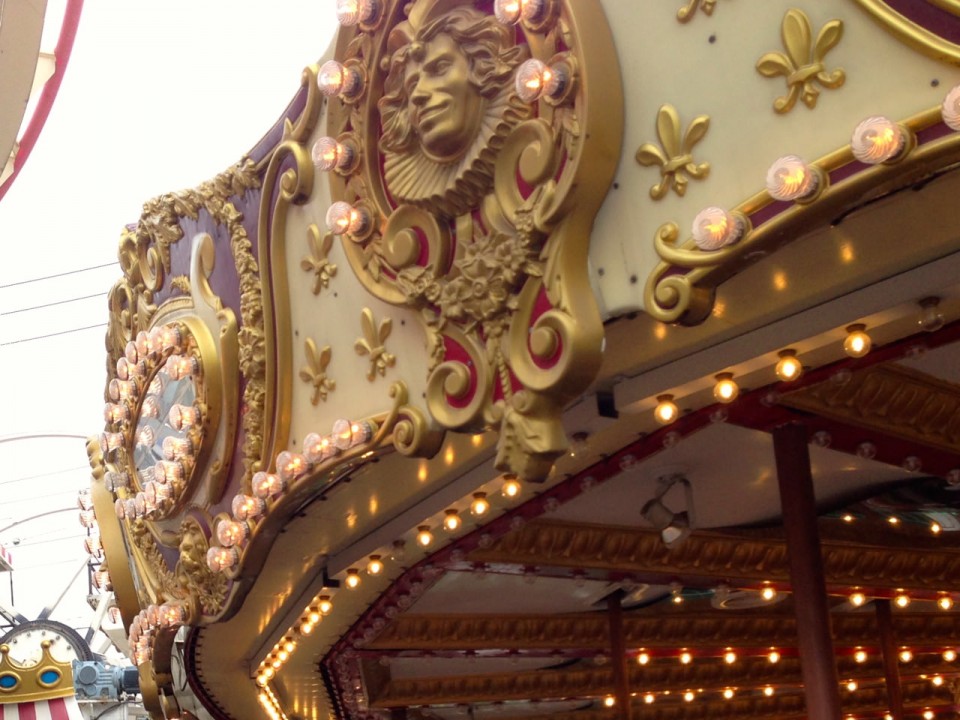 If you come to Asakusa, at least walk along the Hanayashiki-entertainment-dori street that runs along one side of the park from near the Main Hall of Senso-ji temple. It is a fun street and you can take a look inside through the gates.

About Hanayashiki today: See the map for this tiny place and admission fees on the English page. It also has some old pictures. On the Japanese site you will find more detailed information about upcoming performances and special events. On most days the park is open from 10:00 to 18:00. In the evening Hanayashiki can be rented out for exclusive use. http://hanayashiki.net/e 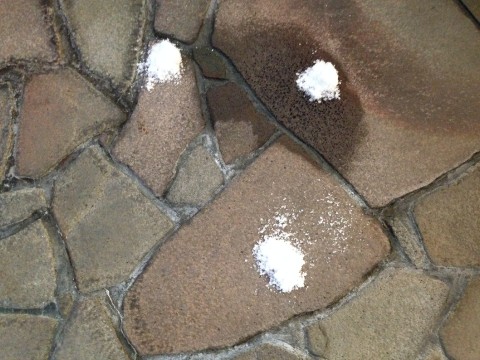