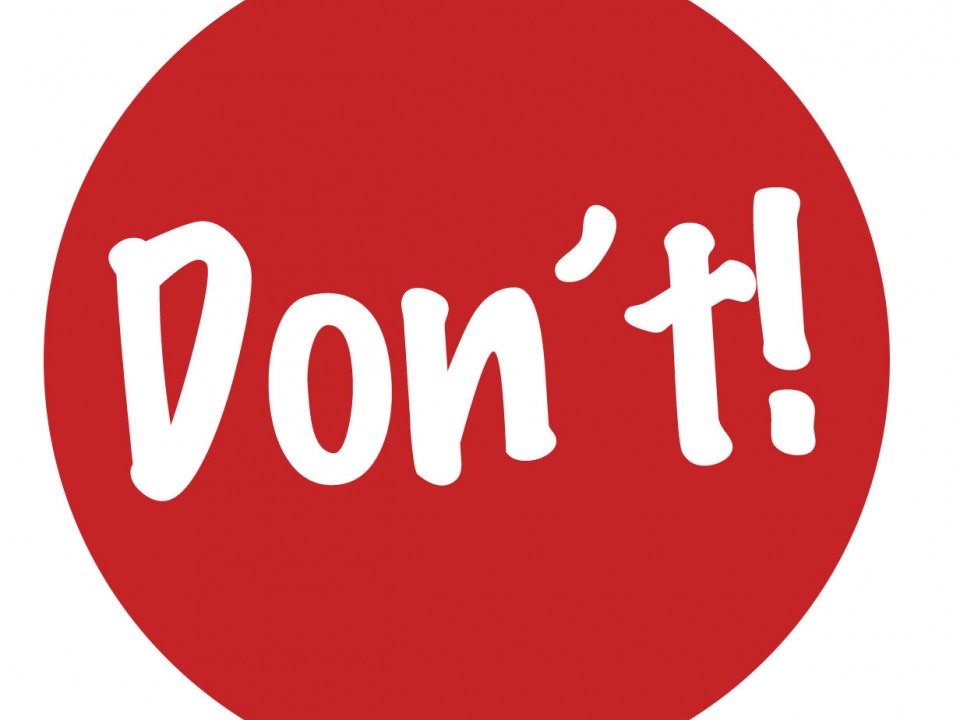 Nobody wants to do the wrong thing when visiting a foreign country, and with Japan regarded as one of the politest countries in the world, there are plenty of wrong things that one can unintentionally D'oh!

I posted a "Tourist Tip #5: Five Don'ts to Do" list a while back, and thought I would expand on it for the sake of helping all avoid those embarrassing cultural faux pas.
http://www.deepjapan.org/a/3354

So here, in no particular order, is a quick guide to a few more DON'T!s to definitely remember.

1. Walk out of toilets with the toilet slippers still on. Bad form. Very. Bad. Form.

2. Try to open/close taxi doors. They're controlled by the taxi driver, who *will* get cross with you for not knowing.

3. Use your chopsticks to point at anything or anyone. Taboo.

4. Single out someone to give a gift to. Have gifts for everyone present (no pun intended). Fairness is key in Japanese culture. You'll not only embarrass yourself, you'll probably also embarrass the sole receiver of your gift.

5. Finish the drink in your glass (at a party) if you want more; refilling empty glasses is considered etiquette in Japan. Especially true for beer.

Along the same lines, DON'T!

6. Pour your own drink in the company of others. It is customary in Japan for people to pour drinks for others.

7. Say “chin chin” when making a toast. This means “penis” in Japanese. Self-explanatory.

8. Expect ambulances or taxis to rush you to hospital if you're in labor/delivering a baby; you will most likely be refused service.

9. Be surprised or overact by the lack of personal space on (crowded) trains. This is Japan. Get used to it.

10. Ask strangers on the train what flavour gum they're chewing unless you enjoy receiving quizzical looks and being shunned. Trust me.

11. Blatantly take candid photos of people on the train - a new law makes it possible to have you arrested.

12. Refer to yourself as YOUR NAME-san, unless you don't mind being laughed at. Don't address children with the -san endearment either, ditto.

13. Wear old socks, especially socks with holes in them. You'll be taking off your shoes a lot while you're here. People. Will. Notice.

14. Grimace or outwardly remark about foods that you don't like or find unappealing. Not only is it just plain rude, it's also...well, just plain rude.

15. Expect people to speak English, not even those in the service industry. Do people speak Japanese where you're from? Exactly. Instead, be thankful and praise those who can. Maybe even pick up a Japanese phrase book before you arrive.

And hey, DON'T! panic. Japan is a wonderful, beautiful, and cordial country. If you do find yourself in trouble or need, there are always information booths, centers, and police boxes (koban) nearby. Just ask someone for help.

Do not stick your chopsticks upright in your rice!

Do not stick your chopsticks upright in your rice. This is considered as a very bad manner and it makes people cringe. Because it’s the way a bowl of rice is offered to a dead person, at their death…

Just last week, I’ve experienced another massage establishment called “Minnanotemomi”. Minnanotemomi mean’s roughly everyone’s massage and the massage they did for me was excellent caliber, yet one o…