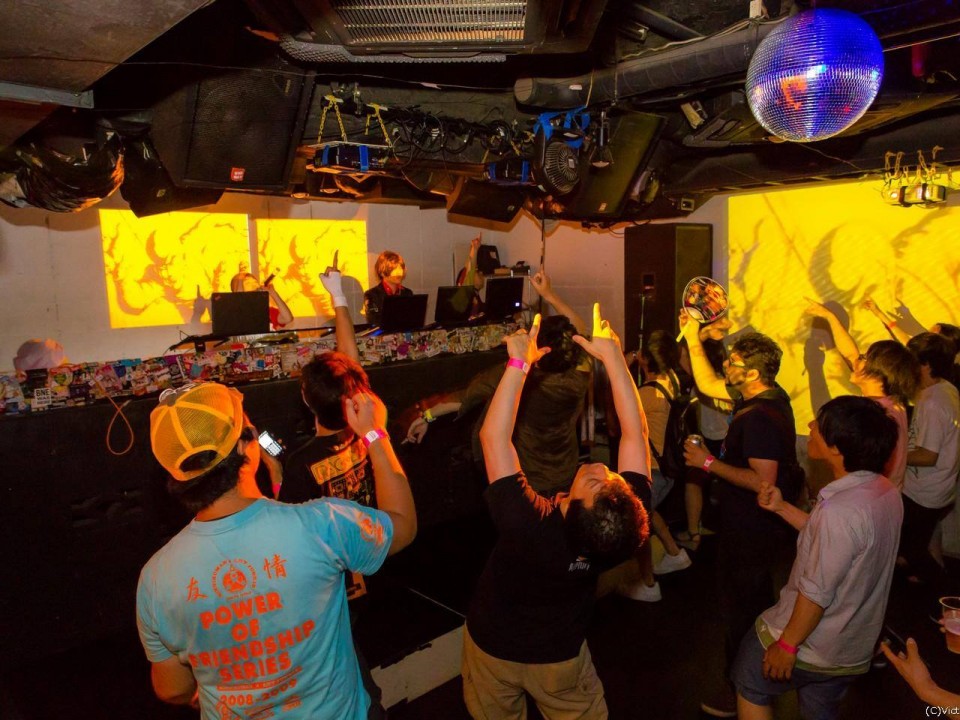 Japanese pop culture, particularly anime (short for “animation”) has become one of the country’s iconic exports in recent years and many people globally have become acquainted not only with internationally famous anime as Pokemon, but also more eclectic characters as well. An entire subgenre has sprung up in the past few years, focused almost entirely on the music and art of anime.
Every 3 months, AniCrush!!! (yes, the 3 exclamation points are official in its spelling) brings the anime subgenre of Anikura (anime song DJ club) to life. Based at the MOGRA dance club in Akihabara, Ground Zero for the anime community, AniCrush!!! offers an afternoon of high-energy anime dance music for fans, and the opportunity to meet anime stars in the flesh, so to speak.
Started in 2013 by an American resident of Tokyo, Xavier Bensky, AniCrush!!! traces its origins in the International Akiba Pop Party J-Geek, a series of music events held in 2012 designed for a foreign audience organized by Japanese new wave music pioneer, producer and songwriter Kenzo Saeki. In addition to idol performances and otagei dance lessons, J-Geek also featured DJs popular in the anime genre such as Minami Momochi, DJ Kazu, Captain Mirai and VJ Kitune. Before that, the seeds of Anikura were sown in 2007 with an event called Denpa!!! in Tokyo’s Aoyama district. Featuring fashion, electronic music and anime, the Denpa!!! event inspired many of the current key players in the Anikura scene to launch their own events. AniCrush!!! holds true to the tradition laid down with Denpa!!! and its 3 exclamation points. Meanwhile, in 2009, the DJ club MOGRA opened its doors in Akihabara and soon began holding its regular events -- an eclectic mix of anime song, game music, Vocaloid and other otaku music genres with electronic dance music and other club music, and broadcast them on the Ustream Internet service. After MOGRA started their streaming, the number of their followers began to grow. Around the same time, other hubs of anikura culture popped up around Tokyo, Osaka and other cities in Japan. MOGRA’s Ustream efforts got the club noticed abroad, and soon had a strong online fan base

The 2012 J-Geek events were explicitly intended for a non-Japanese audience, Mr. Bensky explained, “Since I have been in that situation myself, I know what it feels like to finally realize one's dream of visiting Japan, excited about the prospect of finally experiencing Japanese subculture on location, only to be greeted with neatly pre-packaged pre-translated tourist-oriented sanitized versions of it. While this may please the casual tourist who also happens to be curious about otaku culture and wants to "stop by" Akihabara as part of their larger itinerary, it is a complete turn-off for the more avid, hard-core fan who finally comes to visit Japan. People like us are eager to experience authentic unadulterated subculture "in the wild," go to places that no tourist has seen before, peer behind the curtains and "enter the inner sanctum," so to speak.”

Anikura in both English and Japanese 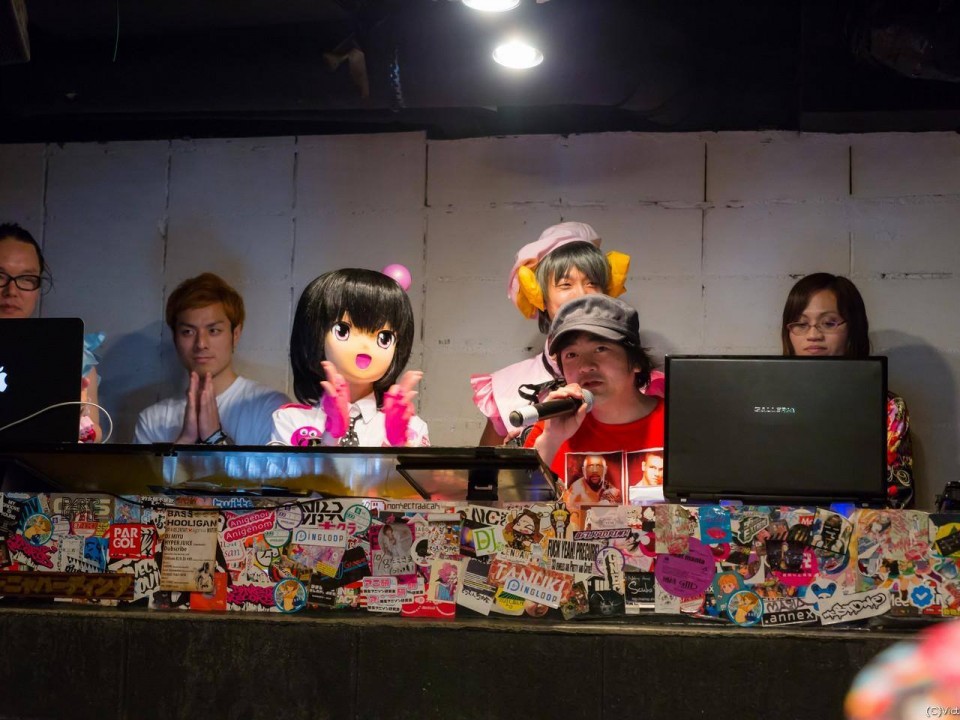 AniCrush!!! takes a unique approach. The event tries to appeal to the core constituency of Japanese anikura fans while also taking special measures designed to make it easy for non-Japanese guests to enjoy the party. Most of AniCrush!!!'s communications, from fliers and event announcements to Facebook page posts and Twitter messages, are translated into English, and plans call for expanding that eventually also into French and other languages. There are other ways AniCrush!!! is crushing the language barrier. They have English-speaking staff on hand who not only field questions but also actively seek out non-Japanese guests and encourage participation, the provide an MC to translate important guest comments during mic time, display guest names during the event in English as well as Japanese, and last but not least, AniCrush!!! features non-Japanese guest DJs and artists as part of the show. The idea is Japanese anikura regulars come to AniCrush!!! and "do their thing" as they always do and non-Japanese guests who are discovering anikura culture find themselves in a welcoming environment where they can either enjoy the event in their own way, or choose to model the Japanese guests' behavior and become more active participants for the "full anikura experience," as Xavier puts it.

The most recent event, Vol. 4, held this past July 27th, was the most successful AniCrush!!! to date in terms of bringing in an international audience, with a non-Japanese attendance rate of about 20%. “An average of 100 otaku and Anikura fans attend each event,” Xavier said. “When AniCrush!!! first started out, it was an all-night event and was held in various venues around Tokyo.” But when the event made its home base at MOGRA and Akihabara, Xavier and the AniCrush!!! team realized that their goal -- promoting anikura culture to an international audience – would have a better chance if the events were to be held during the day. Shifting the events from night time to day would make AniCrush!!! more accessible to all age groups, and give tourists a better chance of attending. As things stand now, AniCrush!!! events happen mostly on Sunday afternoons, generally from 3pm to 9pm. While AniCrush!!! is open to all ages, MOGRA is, at its heart, a bar. Please keep in mind that there may be some people smoking and alcohol is served at the bar to patrons of legal drinking age. The amount of smoking and drinking will be much less than at nighttime events and the area closer to the DJ booth is mostly smoke free, since tables with ashtrays are at the back, near the bar. 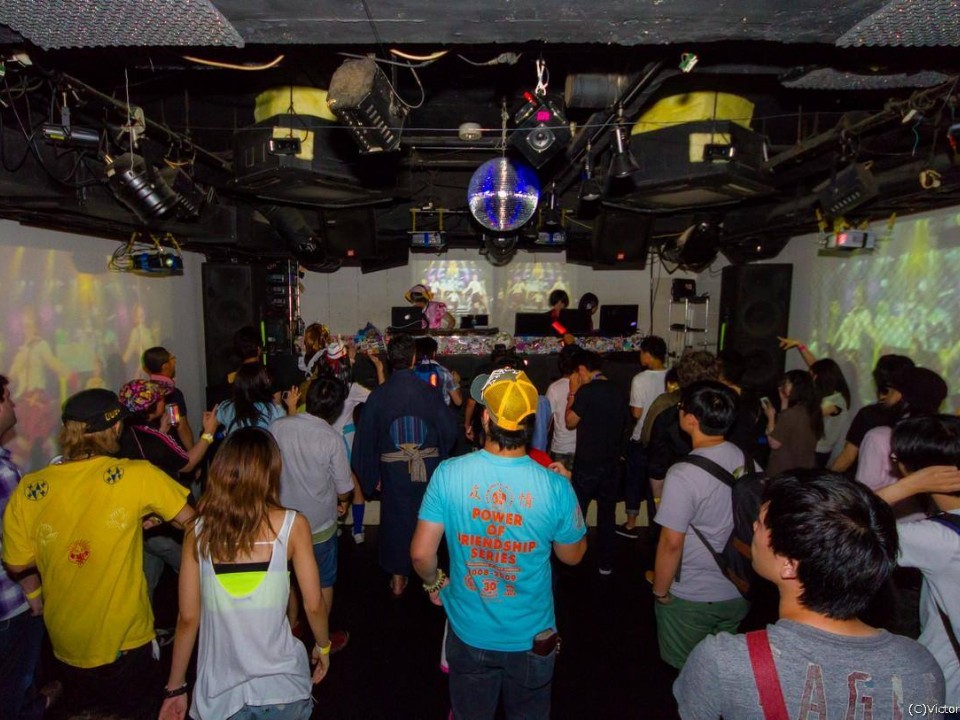 The inside of MOGRA, home base for AniCrush!!! 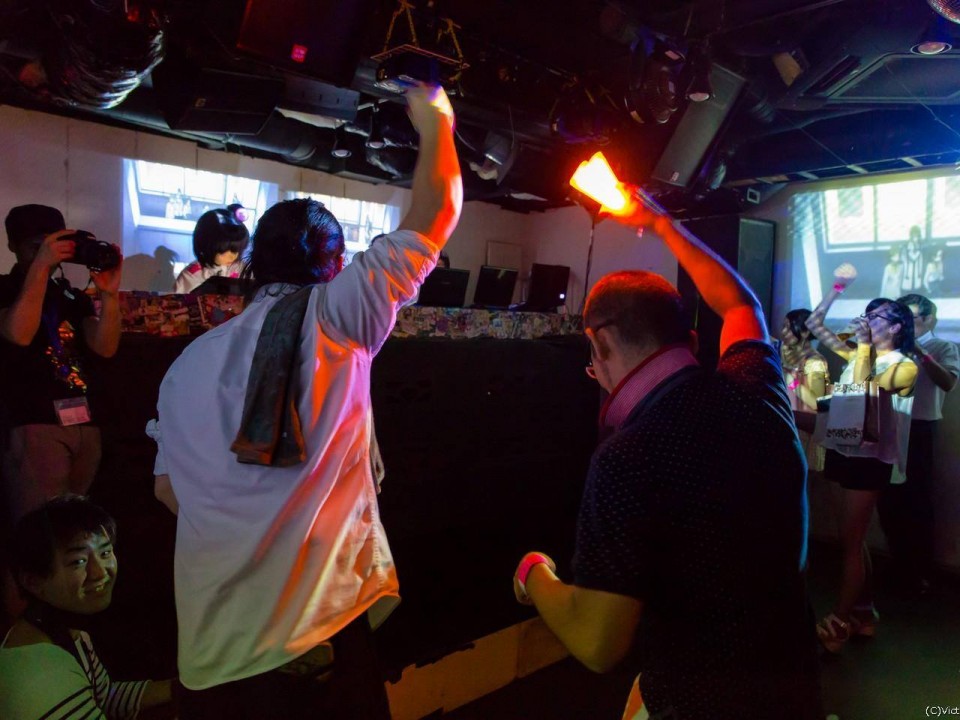 Glowsticks are part of the otaku culture

As for the long-term aims of AniCrush!!!, Xavier said he wants to grow the anikura community both here in Japan and abroad, using social media. An AniCrush!!! website is in the works, and will have information on events both at MOGRA and through Ustream. Xavier and the AniCrush!!! team are also working on a series of initiatives to promote anikura culture. They are working on promoting events in local inns and youth hostels where foreigners stay, exploring ways of reaching out to tourists interested in otaku culture, outreaching to foreign students in local universities, finding opportunities in non-Japanese print and online media to talk about AniCrush!!! There is also talk of traveling to anime conventions outside of Japan to literally bring the AniCrush!!! experience abroad. 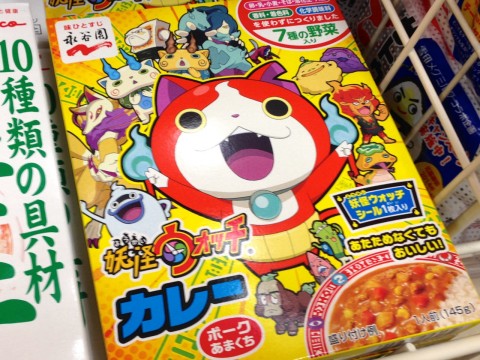 Catch a Yokai Watch Ghost at the Supermarket

Watch out for Jibanyan in Japan. Enter any Japanese supermarket and you will realize that Japanese food packaging has turned into a cute crazy art form populated by the most famous anime, manga, game…