Perfect for a Sweet Tooth 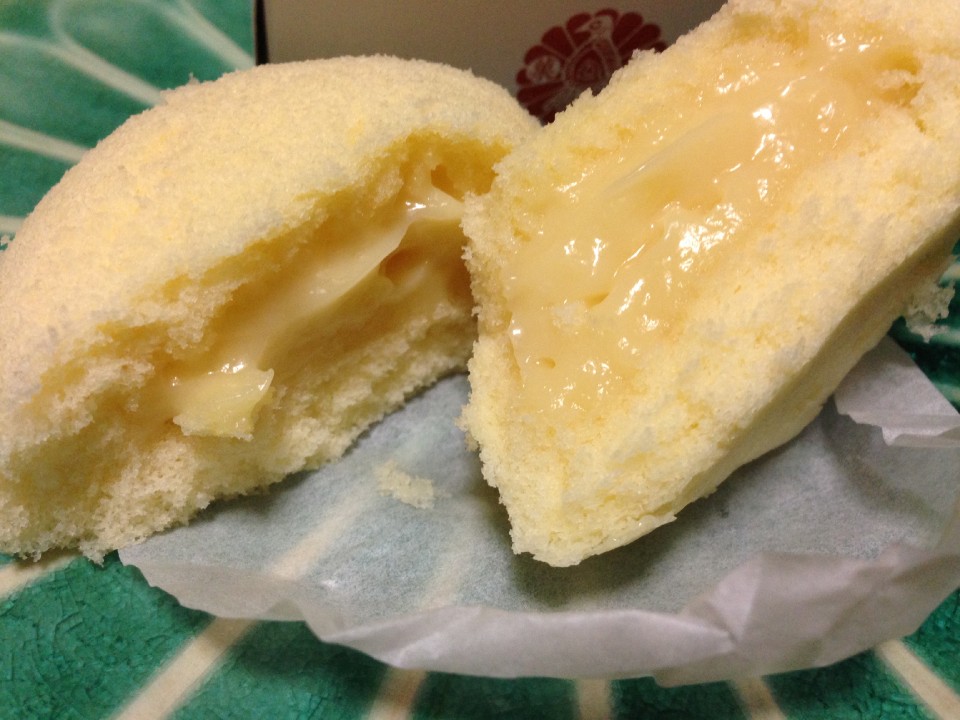 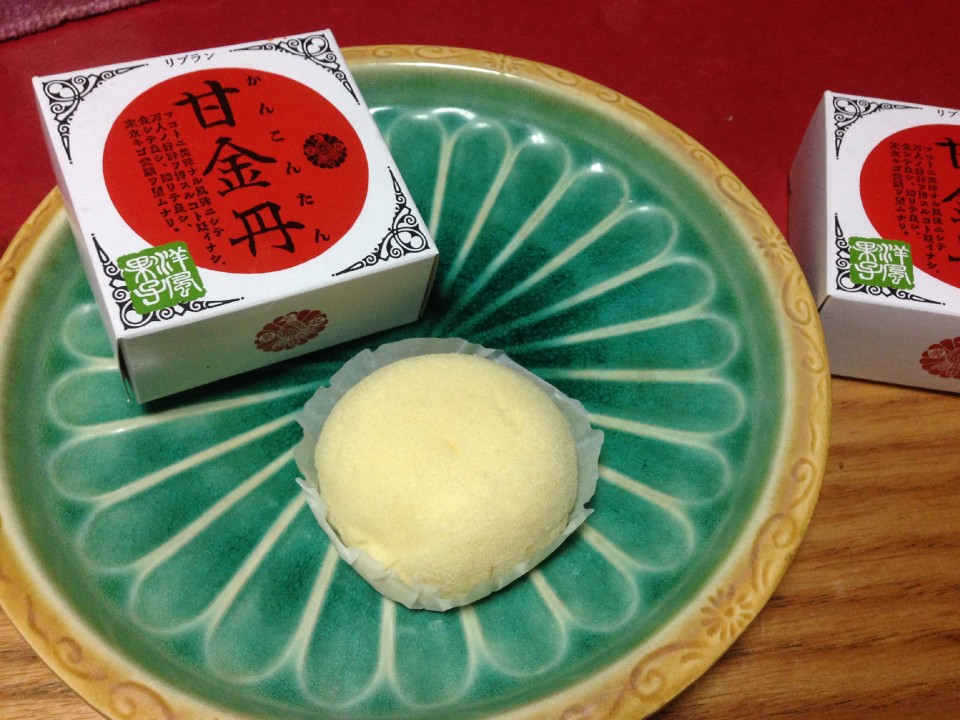 Kankontan, it seems, is a very famous pastry from Toyama Prefecture. It is made by a well known local patisserie, Fleur de Lis Blanc. Apparently, the patisserie is primarily of French persuasion, though it is one with a distinct Japanese taste.

The Kanji characters for Kankontan reveal almost nothing - sweet golden red. The pastry, on the other hand, is mostly white - both on the outside and inside. The outside is a light, soft, and moist baked crust that is kind of a cross between the sponge of a chiffon cake and mochi - pounded Japanese rice cake. It isn't as chewy as mochi, but has a texture that is extremely delightful.

On the inside, the cream is sweet, but light as well. It is not unlike the custard found in many cream puffs in Japan, but it is much lighter and shares something in common with whipped cream in its richness and lightness. Although I am certain there is some egg in the cream, it does not have the rich and chewy custard taste, but instead melts in your mouth like whipped cream.

Fleur de Lis Blanc features a very wide assortment of western and Japanese sweets, including a variety of cakes and pastries. Both the Patisserie, Monsieur Matui, and Planner, Monsieur Higuchi, appear to be fairly young, perhaps in their 30s. The company, however, was established in 1963, so the current proprietors must be of the second or third generation of the company. Boasting more than 300 employees and around 25 stores, Fleur de Lis Blanc seems to be very successful in its home on the west coast of Japan.

The company's pastries can be bought through many online and other retailers. You can also order via their own website. Bon apetit!