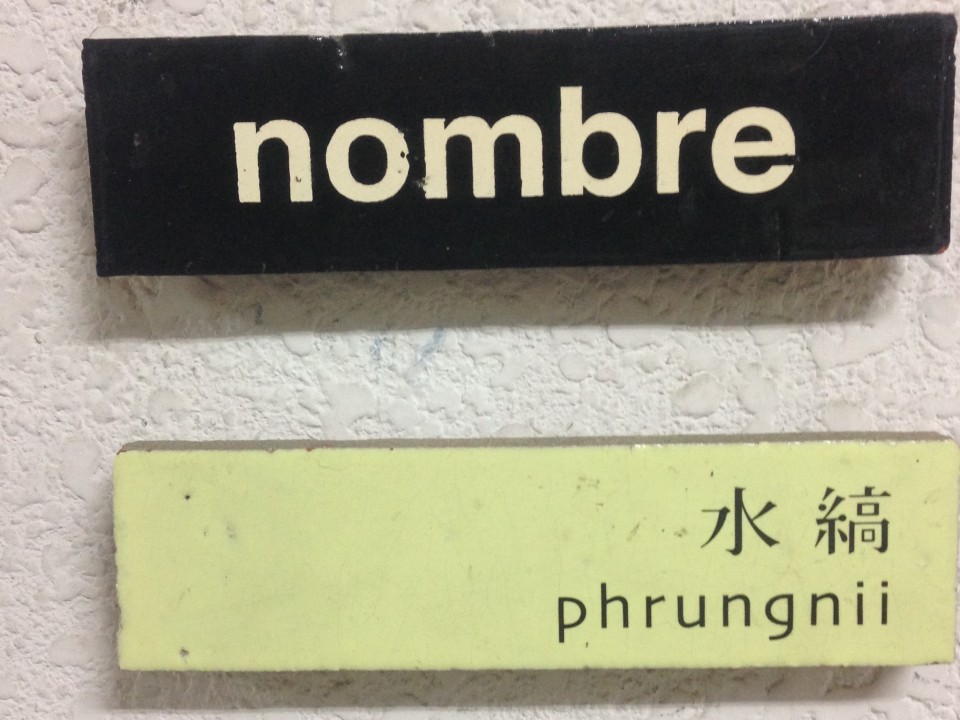 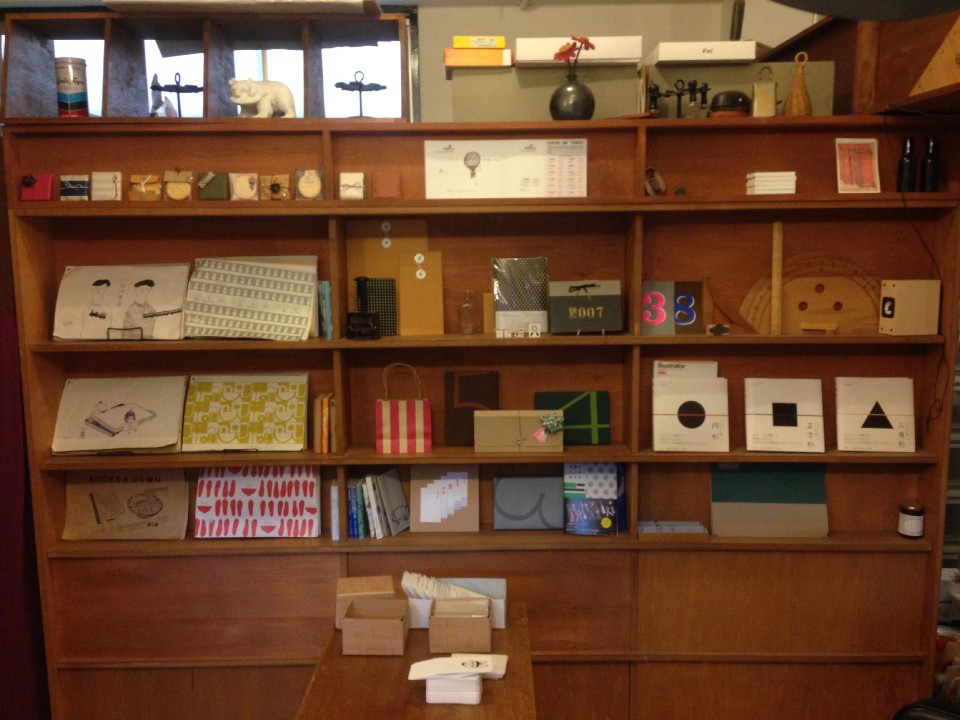 In Nishiogi, one can find many quaint shops, whether for food, books, antiques, or a small gift for a good friend. Unlike the contemporary boutiques of nearby Kichijoji, where the students from the many women's colleges nearby flock and shop, Nishiogi is where the women "in the know" tend to hang out, kick back, and let their long hair down. With the many bakeries, cafes, and hair salons in the neighborhood, many of which are independently owned and operated, the pace of the neighborhood really is slow.

So what better way to slow things down than to count numbers - by hand? Well, not literally. But at nombre, things certainly are slowed down. The store features a variety of things, mostly stationary, rubber stamps, a few books, some cloth items, and lots of numbers, somewhat old looking fonts, and something quite difficult to put into words... 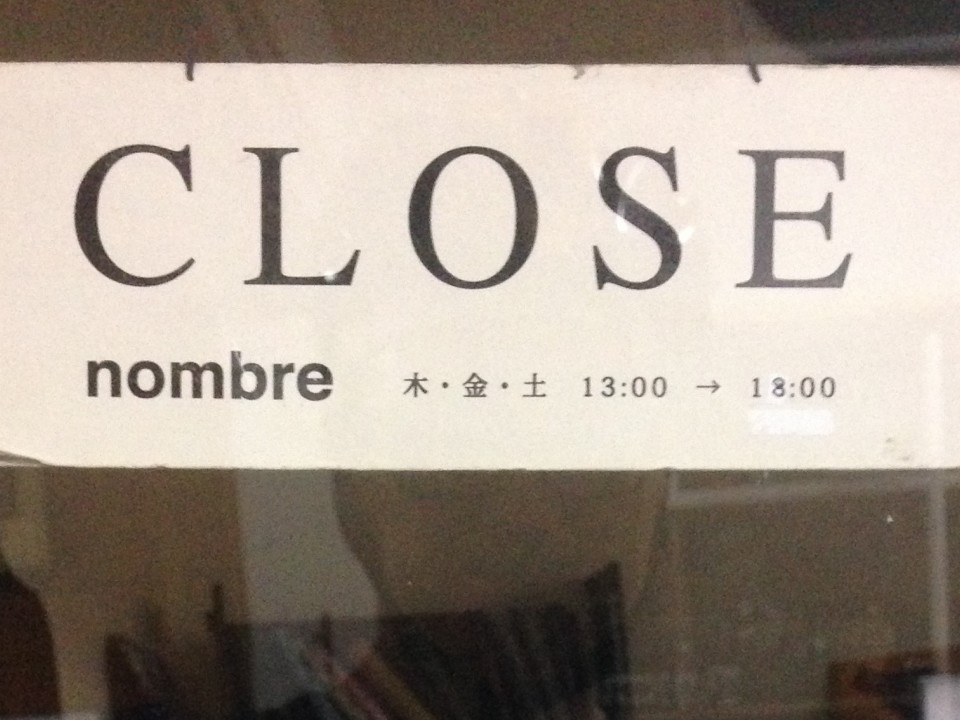 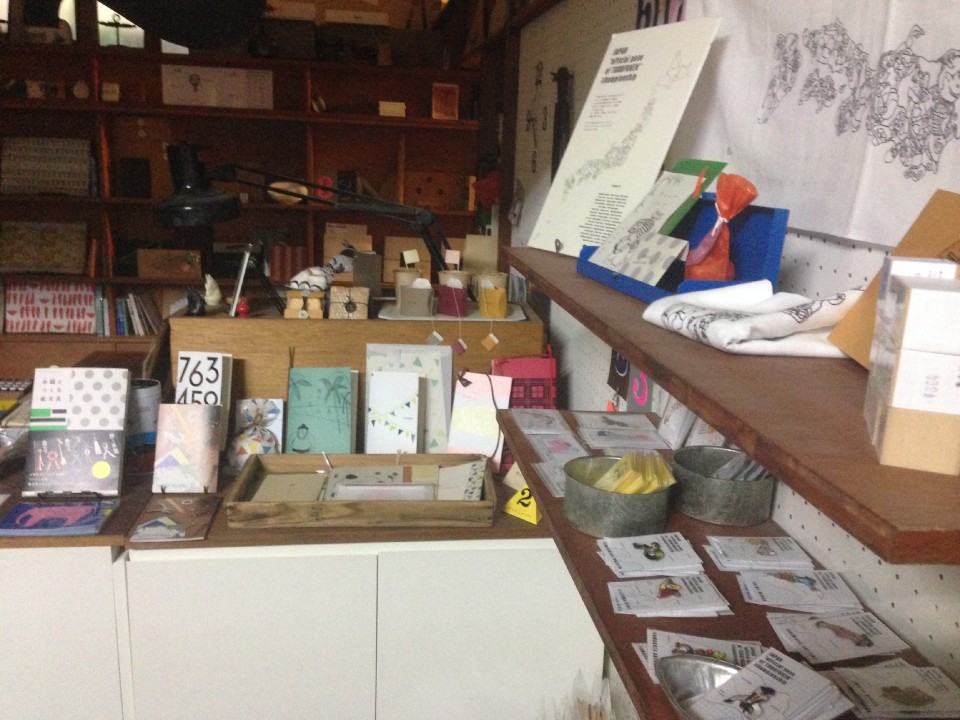 Peering through the window

Part of the really wonderful things about nombre is its hours of operation. It's only open 3 days of the week, from 1-6:00 PM on Thursday, Friday, and Saturday - well, most Saturdays.

I tried a few times - peering into the window - before I realized that the sign said so.

Much of the store's items look like they were designed in the Showa Era - from the 1930s to around 1990. The stationary, stamps, and other items are functional, beautiful, and neither high-tech nor super "cute," like anime, manga, or contemporary kawa-kyara. The illustrations are merely simple and artistic.

Instead of antiques, nombre features items designed today that have a style and character that is timeless. Unlike the cute, popular, and soon-to-be passé, these designs are lasting. 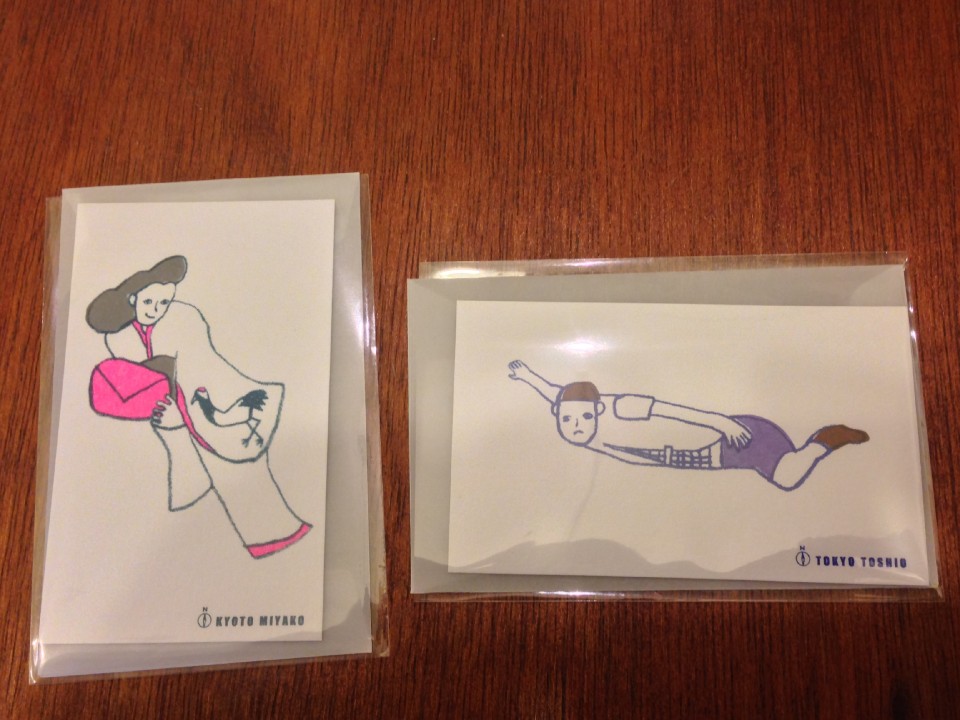 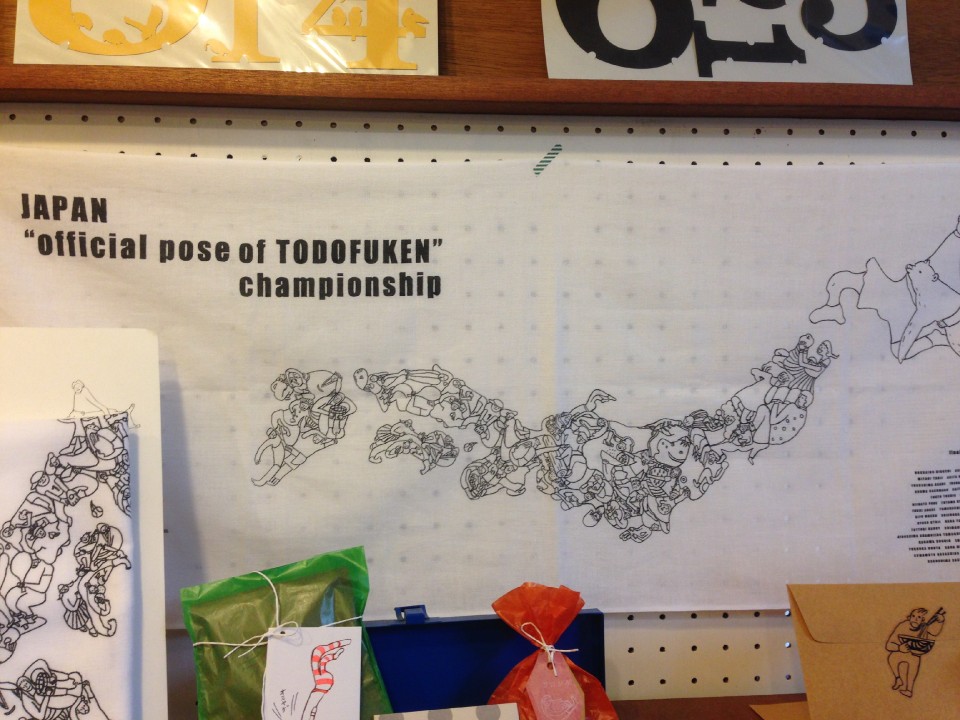 The staff who work for nombre are mostly designers. They design almost everything they sell in the store. They also sell some of their products at a partner shop in Kichijoji, as well as occasionally at other locations, including Loft. I spoke with the woman who made the illustrations for the Official pose of Todofuken series. The map of Japan shows all of the 47 prefectures, each designed as a person engaged in a "sporting" activity. The characters are doing something that depicts a common feature of the prefecture.

Kyoto depicts a woman in kimono playing with a hagoita, a paddle game usually played in the New Year. Tokyo depicts a swimmer wearing a swimsuit with a Tokyo Tower motif. The characters of Yamaguchi, Hyogo, and Hokkaido are particularly wonderful! The entire map is available as a tenugui, as well as a poster, while the individual prefectures can be found as pins, postcards, and other items.

There is another series of similar items depicting a sumo wrestler in many stances. This was recently featured in a special display at Loft in Umeda (Osaka).

For more information about nombre, including an address and its online store, visit: http://nombre.jp