The Shibuya Subway Station is famous for a number of reasons. It was designed by world renowned Japanese architect, Tadao Ando. It's design, in not surprising Tokyo cool, is egg shaped and intentionally designed to look like a spaceship. There are locations in the station where the design can seem to look like a flying saucer, or something not unlike a ship in Star Trek or in an anime film.

Ando has referred to the station as a "chichusen," or underground spaceship.

One of the station's primary features is a three-story atrium. The bottom floor, where passengers board and disembark the trains, has an egg-shaped hole in the roof. The hole actually extends again to the third floor - the ground floor - giving the subway station an airy, open feel, that is quite unlike virtually any other subway station in Japan and, perhaps, the world. The hole is larger at each higher level, giving someone on the top the ability to peer down the atrium not unlike a giant microscope.

There is a wonderful panoramic image of the atrium and station online.
http://kenplatz.nikkeibp.co.jp/const/feature/shibuya_station/01/

But the station's airy design doesn't end there. Above the main station entrance, the building above is a shopping arcade, Hikarie. Located in the area where the Shibuya Bunka Kaikan and its planetarium existed for 50 some years, the Hikarie Building, too, has a large, egg shaped atrium, criss crossed by escalators that carry shoppers and commuters to and fro like at some intergalactic space station.

But what sets the station apart from any other, for me, is the environmental aspects. Ando likes to employ in his architecture some natural features, such as wind and water. In the subway, there are water and air tunnels in the station's outer shell, providing membranes that help to cool the station.

But one of the most interesting aspects is the primary architectural motif - the atrium itself - is instrumental in its environmental design. The trains coming in and out of the station, of course, push air through the station. This air, in turn, compresses inside the station. Unlike other stations, however, the air in Shibuya Subway Station, has an outlet - the atrium - which serves to ventilate the otherwise cave-like interior.

In most stations, air conditioning is the only method of ventilation. Shibuya Station, however, uses the trains themselves to push air in and out of the floors below and to ground level. Ando's innovative design not only serves to make the building feel aesthetically pleasing, but the heat from the trains flows up and outside, while cooler air from ground level flows into the station below. 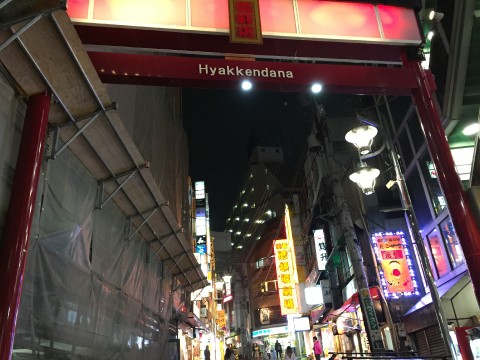