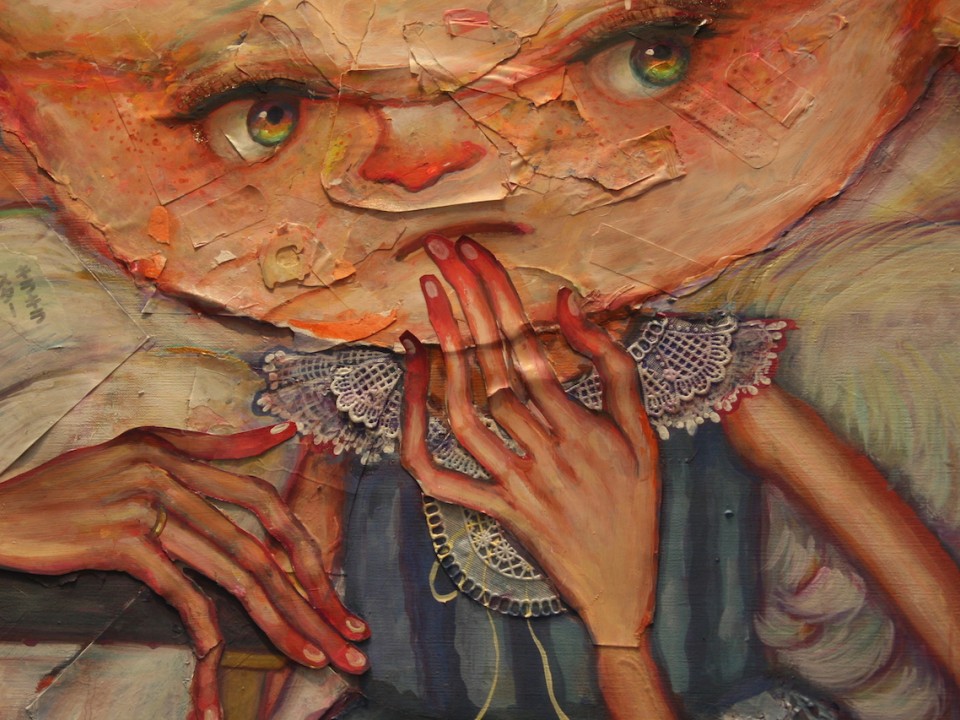 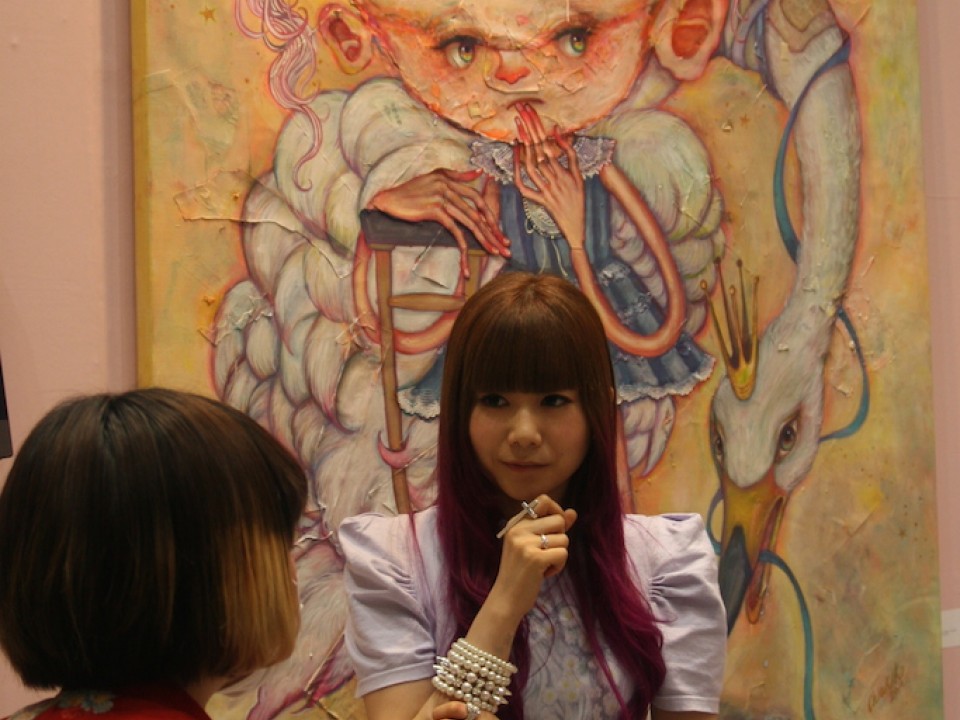 Chiaki Kohara is an artist from Osaka. Born in 1986, she is still young enough to have the vibrant quality of a J-Pop idol. And her art has the lively quality of anime.

But look underneath the surface of her colorful characters and one gets the sense that there is much more to her art than at first glance. Which isn't exactly a surprise, when you consider that a young woman of 27, with nearly a decade of professional work under her belt, should have a wealth of experience than the gaudy pastel colors first reveal. 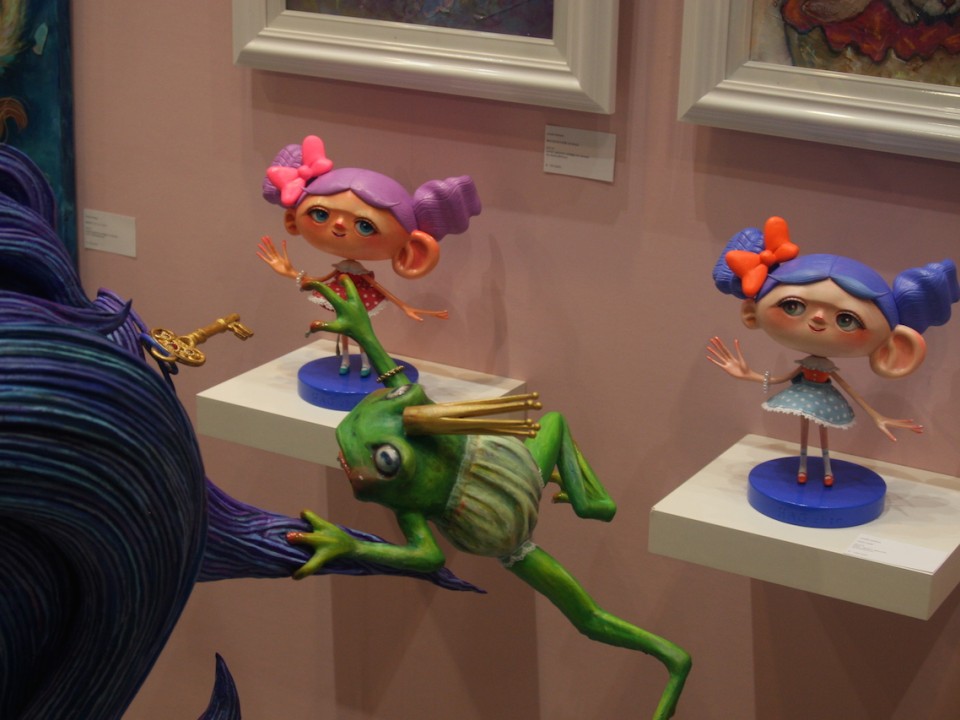 I know that when I first met Chiaki in April 2013, I thought,"Wow, cute!" I thought that about her as a person and her art. But I also saw sneering, somewhat unhappy looking people in her characters. They seemed like they were a bit disturbed, not unlike some versions of the characters in Alice in Wonderland. It was in great contrast to her playful and cheery personality.

This was, however, not disturbing, but strangely gratifying in Japan, where there is no shortage of euphoric "cute." Instead, Hug-chan seemed to relish in her disdain for pure "cute," and would rather be prepared for both the best and worst in people.

Nevertheless, there is no doubt that as a young woman Chiaki Kohara is blessed with a tremendous supply of cute. Both she and her characters bubble with Lolita-esque and Kawaii-Goth fashion. 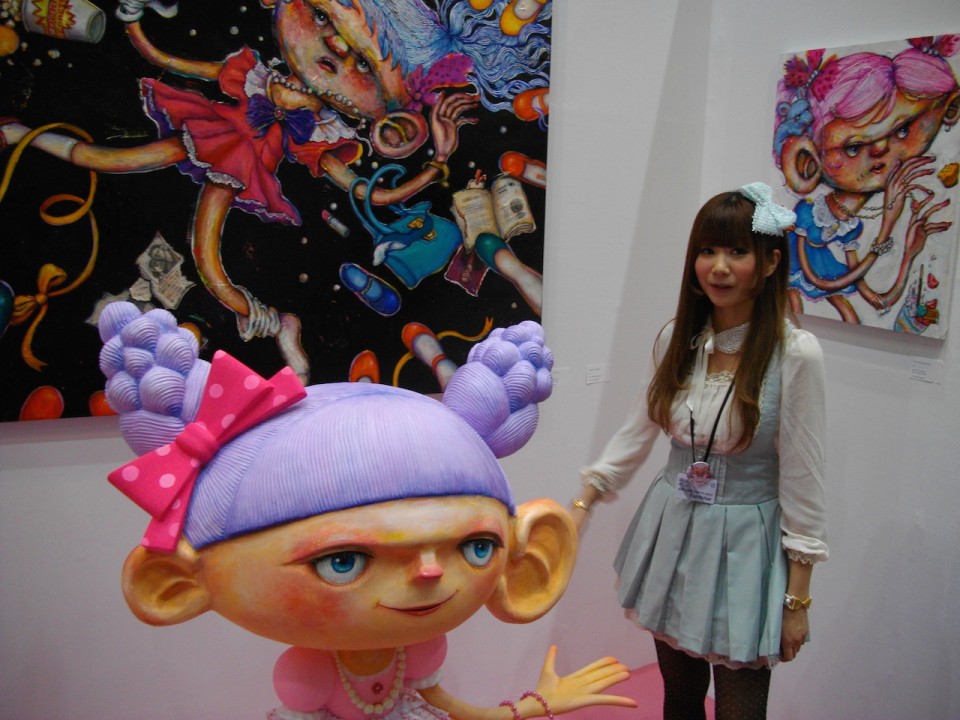 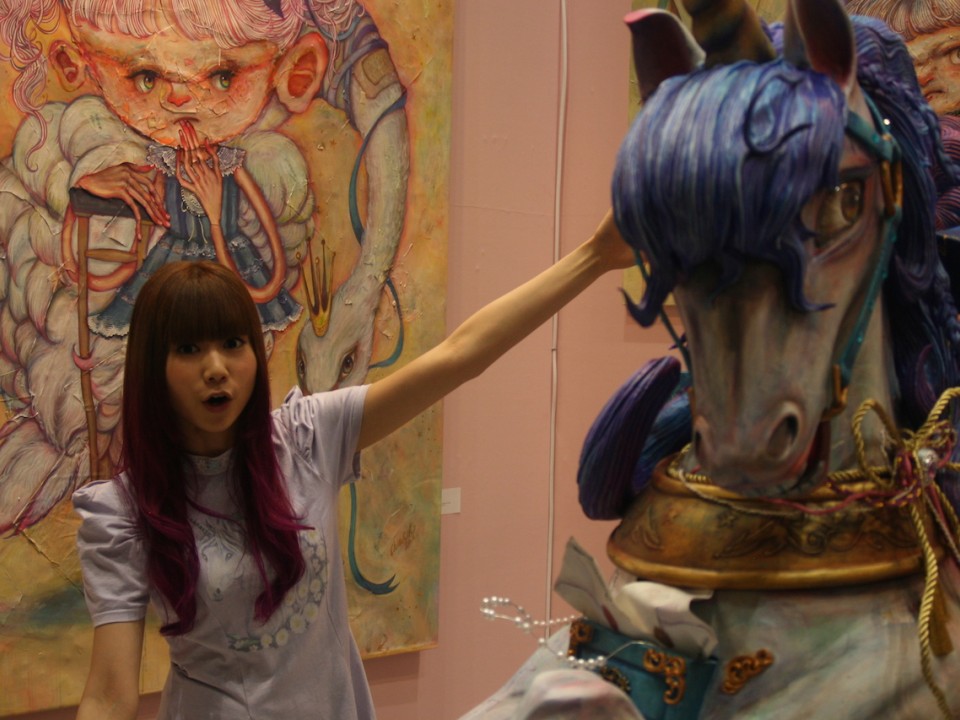 Kohara's art has certainly grown since 2007, when she won the Yayoi Kusama choice UNIQLO Creative Award, and being rewarded with a shirt design sold in Uniqlo stores.
http://www.uniqlo.jp/creative/en/outline/winners.html

She has since been awarded on numerous occasions and has held exhibitions throughout Japan and in Korea and Taiwan. Perhaps her greatest achievement so far has been having her art adorn the SONY Building in Ginza in the "Canvas @ SONY" Art Wall Exhibition.
http://www.sonybuilding.jp/eventspace/surface/

Needless to say, I think that Chiaki Kohara's art is very much representative of something cool in contemporary Japan. You can find her online at the following:
http://chiakikohara.com/
http://ameblo.jp/chiakikohara/
https://www.facebook.com/chiakikohara