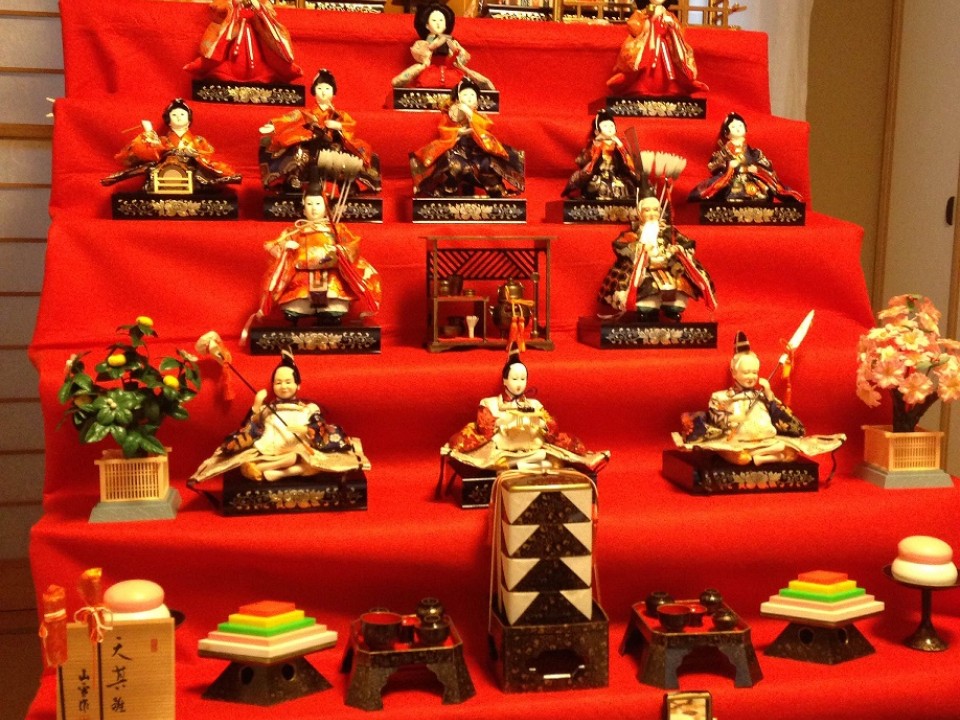 The photo shows my seven-tiered Hina doll set. My grandpa bought the set for me when I was a baby. 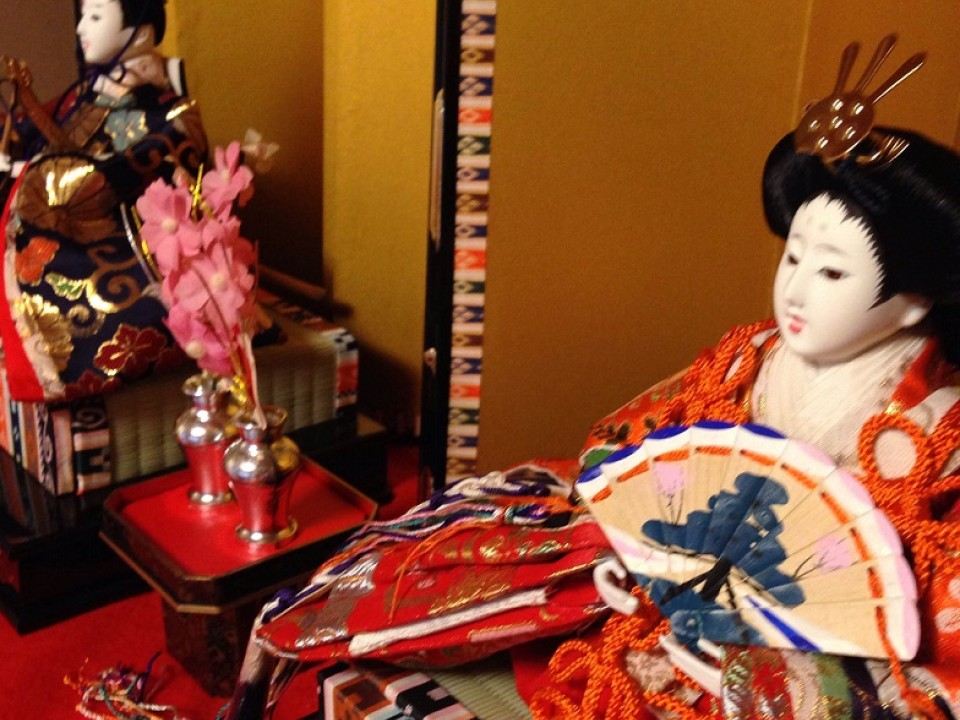 Platforms covered with a red carpet are used to display a set of ornamental dolls (雛人形 hina-ningyō) representing the Emperor, Empress, attendants, and musicians in traditional court dress of the Heian period. I like looking at my own dolls's faces as they are hand-made and each one has a different face.

When we display them every year, taking about an hour or so, we always have a reference picture in our hands so that we can place them in the correct way. We almost always have same conversation every year as to how to place the Emperor and Empress. The Kantō region and Kansai region have different placement orders of the top couple dolls from left to right.

The traditional arrangement had the male on the right, while modern arrangements had him on the left (from the viewer's perspective). This comes from the Japanese traditional custom of reserving the highest seat on the left (from the view of those who are sitting). But the Japanese Emperor started to follow the international manner (male standing on the right) from the Meiji era. That is how the Emperor takes his position on the occasion the Imperial Family members stand on the central part of the veranda for the New Year Greeting today.

It's interesting to know such a hisotry has affected how to arrange hina ningyo! I hope you can have an opportunity to look at a hina doll set displayed at home (not in the store) one day during your stay in Japan. It's very nice.