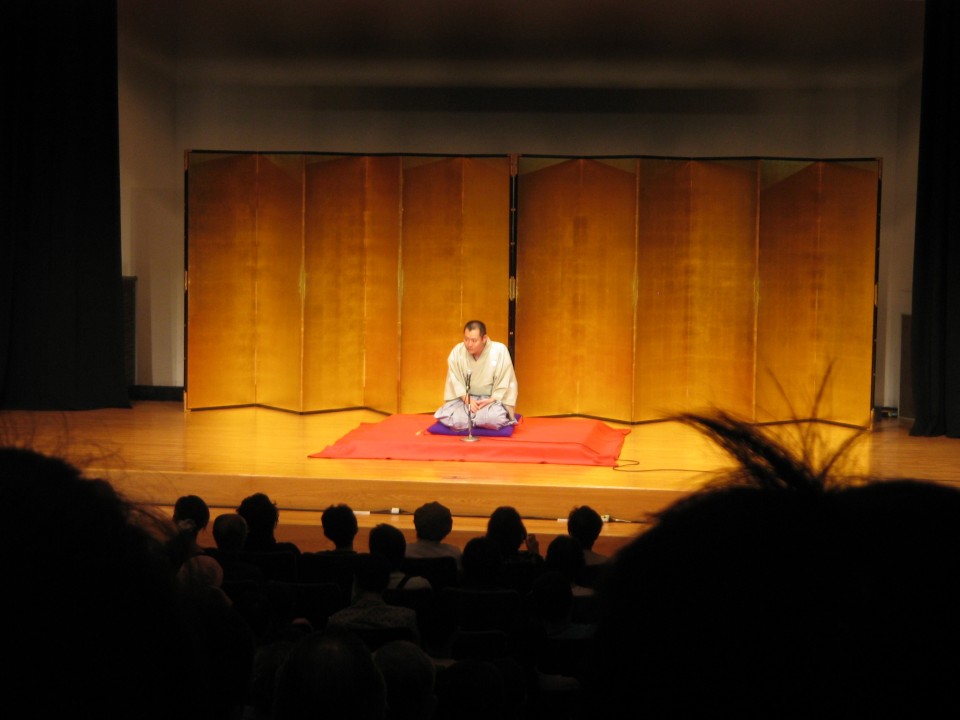 Rakugo is a form of Japanese traditional entertainment that is humorous, a lightly comedic storytelling. Rakugo is always performed by a single person, who plays all of the parts in a story. There are many notable features distinguishing Rakugo. It is performed with the storyteller sitting in the center of the stage. S/he has only one prop, a folding fan, that can be used in many ways to mimic a variety of objects, including swords, chopsticks, an umbrella, and tools of many kinds.

A rakugo performer, called a rakugoka, usually performs under a distinctive stage name, usually sharing the family name of his/her teacher, as the genre is learned under apprenticeship. While many of the stories told by rakugoka are traditional, having been retold countless times over centuries, these stories are adored by its many fans. 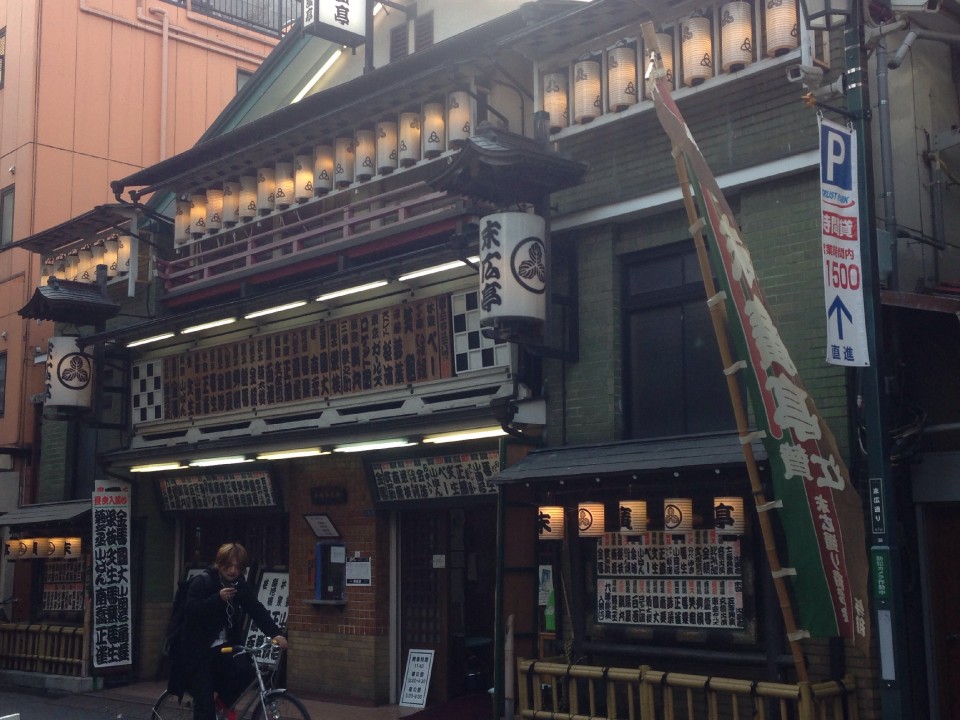 Most often, rakugo is performed in theaters, where meals are enjoyed with the performance. Several rakugoka usually perform in succession. One such theater, one of rakugo's most popular, is Suehirotei, in Shinjuku.

Suehirotei is located on the east side of Shinjuku, not far from the hustle and bustle of the intersection of Meiji and Shinjuku Dori (streets). That is the major intersection where Isetan's Main store and Marui department store have a huge presence. Tucked away on a small back street, you might not recognize it unless you can read the kanji characters.

Suehirotei is, no doubt, a major venue in rakugo circles. It opened originally in the Meiji Era, in 1897. Although the original building no longer exists, the current one was built in 1946, immediately after WWII. Looking at the building and reading its story, one can only imagine the comic relief that it brought Tokyo citizens after the war devastation. Perhaps it will eventually be rebuilt into a fine cathedral. I hope not. I like its small, unassuming presence, like a good rakugo story, very personal.