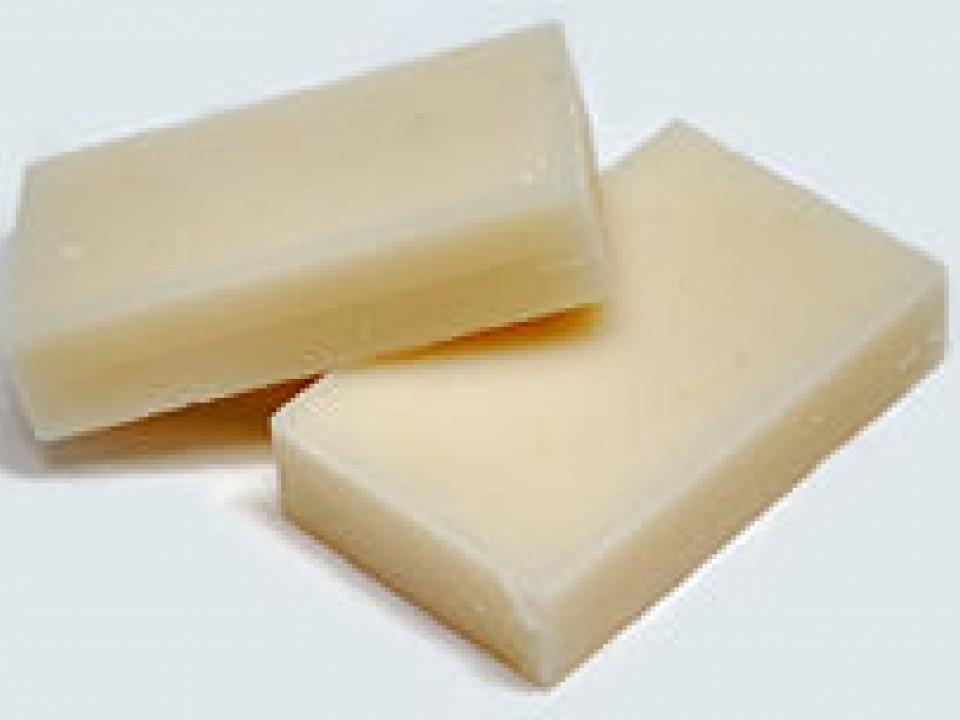 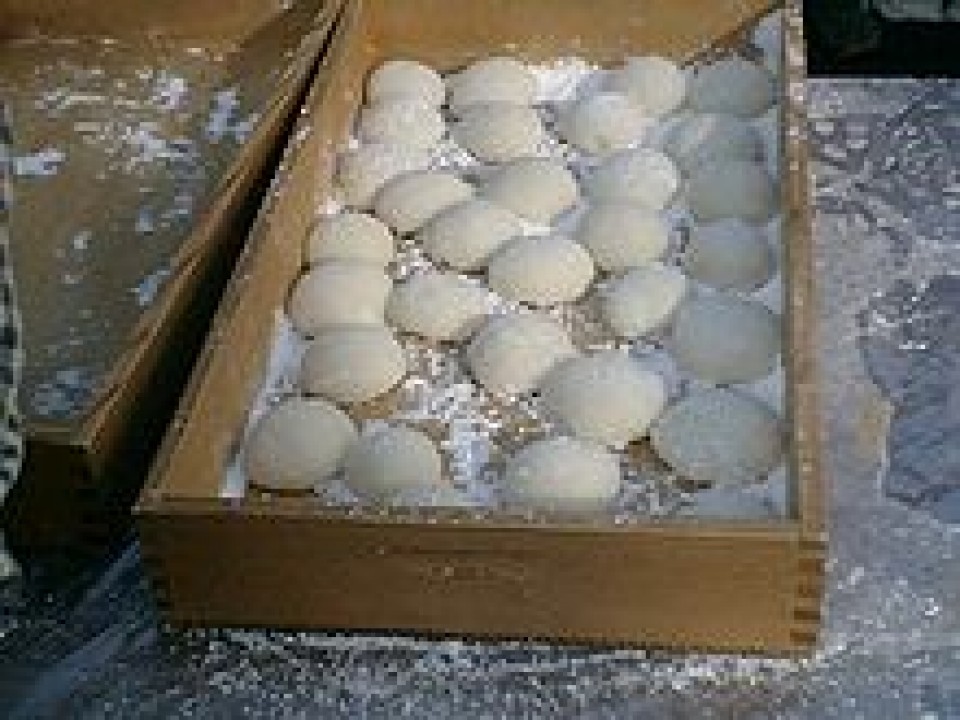 Mochi - rice cakes - can be eaten anytime of the year, but many people like to enjoy toasted mochi during the colder months. Wrap a strip of nori (pressed seaweed) around the mochi, bruch a bit of soy sauce on it, and pop it in the over toaster (do NOT use a western style toaster - you'll ruin it). Watch the timing as the mochi toasts quickly and burned mochi is as bad as burned toast. Properly toasted, the mochi will be a bit crunchy with a chewy center, so take care to chew well as it's easy to choke on mochi.

Another winter dish is hot shiruko - red azuki bean soup - with mochi balls in it. The soft, half melted mochi balls, combined with the sweet azuki bean soup, is a special delight for many Japanese and most non-Japanese also enjoy the taste. You might want to eat a salty umeboshi (pickled plum) with it - nibble on the umeboshi - to offset the almost cloying sweetness of the shiruko.

When eaten during the New Year period the mochi balls are in o-zohni. The soup is generally a clear broth, but some like to add chicken meatballs, or mushrooms, or other favorite items.

Another typical New Year's eve tradition is pounding the special mochi rice to make the mochi for the New Year celebration period. Hot cooked mochi rice is placed into a hollow receptacle, typically made of hardwood, and pounded with a mallet as another person (or persons) alternate with swings of the mallet to turn the rice as it becomes mochi.

Give it a try in any of the varieties. You'll even find mochi ice cream! Just remember to chew it thoroughly and carefully. There are reports of people choking to death on mochi every year in the New Year season. Cut it up into small pieces if you have a hard time biting off a small bite, especially if the person you're serving it to is elderly or has any swallowing difficulties. 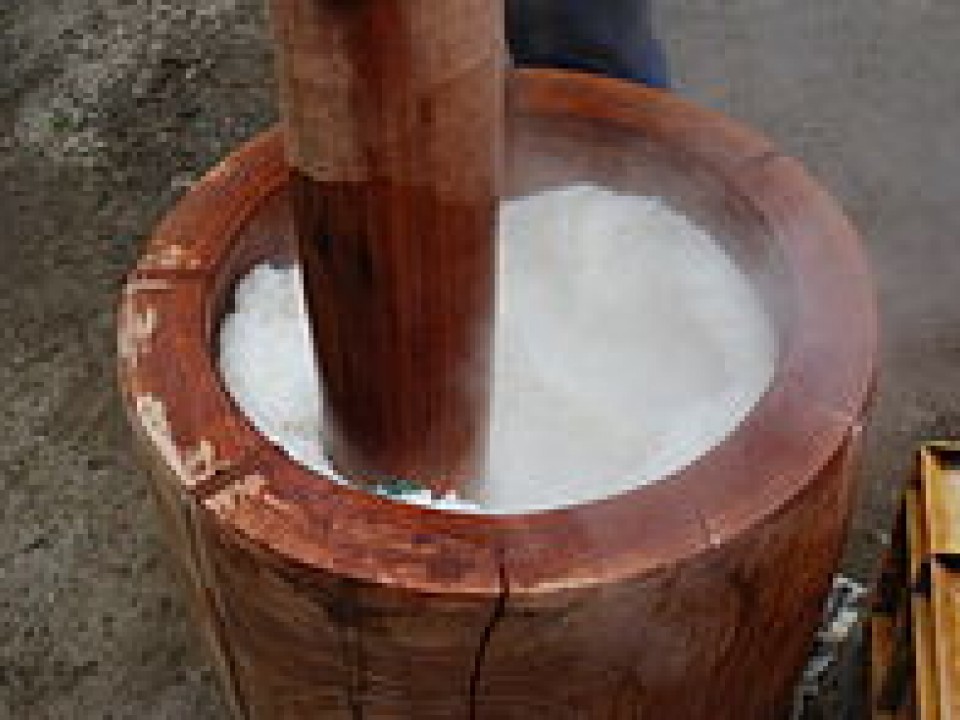 Pounding omochi for the New Year

“Hina-arare” - Grilled bits of rice cake for the Girls' Festival

“Hina-arare” are sweet rice cakes eaten for the Girls’ Festival on March 3. There are mainly two kinds depending on what they are made of; glutinous rice and ordinary rice. Kanto people are more fami… 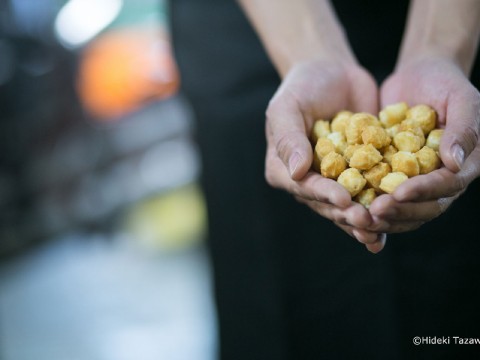 Okaki is one of Japanese traditional snacks made of rice (glutinous rice). In order to make okaki, rice is first polished, cleaned and steamed to make into mochi. When mochi is hardened, it will be c… 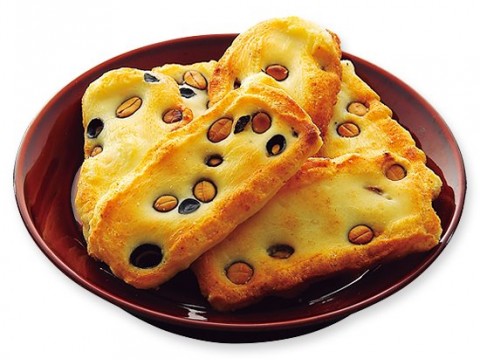 I would recommend “OKAKI” and “OSENBEI” – both are one of the most popular snacks in Japan. OKAKI is essentially toasted cut and dried MOCHI rice cake. SENBEI is originally based on uruchimai, a non-… 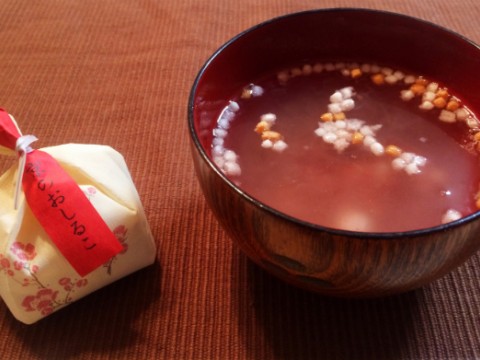 “Oshiruko” can make you hot from the core of your body!

“Oshiruko” is one of the most popular winter foods in winter. Oshiruko is a sweet red-bean soup with mochi or shira-tama (rice‐flour dumplings). It tastes very sweet and keeps you warm especially du… 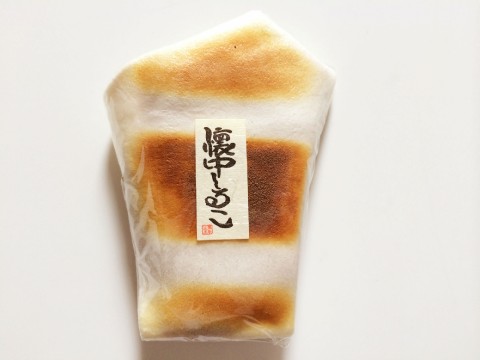 Kaichu Shiruko is a dried red bean soup put inside a pieces of rice cake (“Monaka” skin). It becomes ready for eating with hot water having been poured in the cup just like the cup ramen (instant Chi…