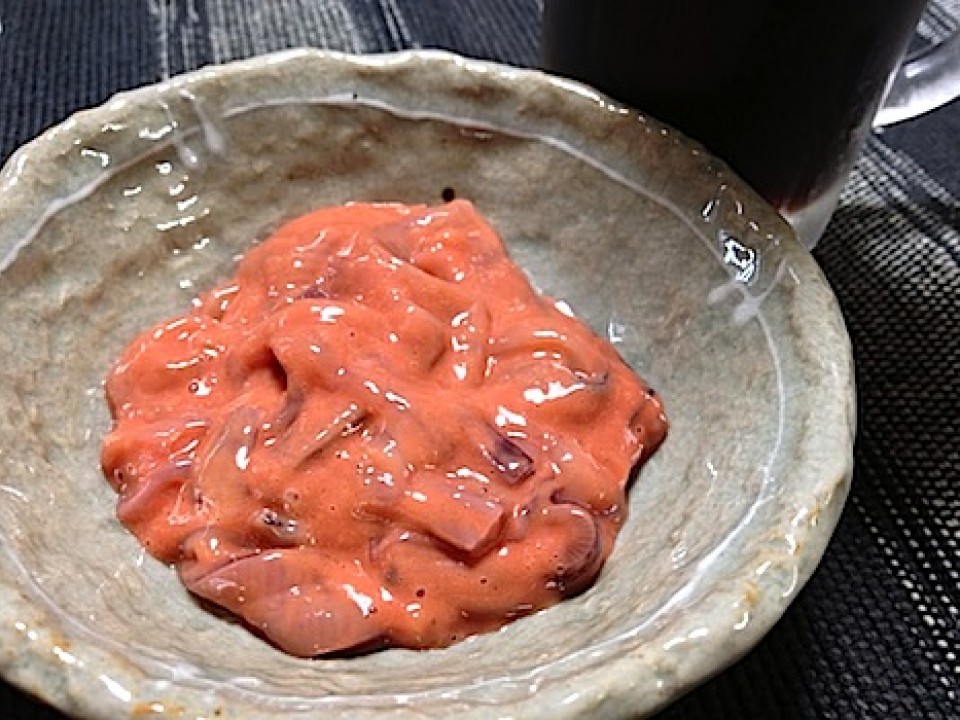 I'm not the biggest fan, but it's not that bad!

One notorious snack that turns many people away but others inhale, is called "shio-kara". This stuff is basically like pudding, except it isn't sweet. It's ground up squid guts and everything in a sort of thick paste which makes it possible to scoop up with chopsticks. It is a bit spicy, and provides just the right balance of salty flavor when drinking bitter alcohol.

For first-timers, this may not be for you! But if you're willing to try it, then you may just become a fan!